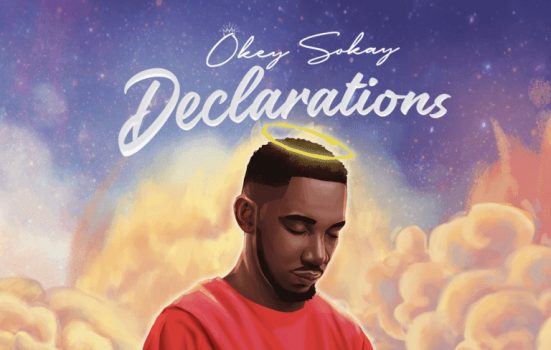 Besides the message that the album seeks to pass, the quality of the sound and the uniformity of instrumentation, there is a clear sign that Sokay was deliberate about putting nothing short of perfection out to people…

Since he earned the spotlight in 2014 with his debut EP, “Without You,” Okechukwu Okey, popularly known as Okey Sokay, has had his head buried in making quality Gospel music. Okey Sokay has released yet another well-baked ten-tracked album titled Declarations. Following his emergence, Sokay has managed to drive his way into the hearts of many Christians with his smooth, warm and silky voice texture. Sokay is known for his expertise in running a smooth blend of vocal registers at the end of each note without sounding boring. With his admirable chest resonance, he performs the full spectrum of notes, rising from the lowest to the highest of notes as the song rises or falls.

Declarations is a mix of unconventional upbeats, danceable grooves and soulful worship and declaration songs. The album is submerged in what many Nigerians would refer to as “unorthodox” styles. Each track on the album possesses a visible touch of excellence. Okey Sokay has proven that a song can be danceable, totally unconventional, and yet soulful and powerful.

The first track, “Declare,” starts the album in grand style. Here, Okey Sokay affirms the things he desires to see happen in his life, with biblically-carved lyrics. The song speaks of good health, long life, favour, blessings, the goodness of God and the good things that accompany the status of being a believer. The song is accompanied by a thrilling sound that adds sonority to the entire production.

“By His Stripes” starts with subtle chords and strings from the piano. The intro is followed by Okey Sokay’s voice declaring his healing and salvation through the stripes of Jesus. This track is the only song on this album that possesses a soul-clenching solemnity. The instrumentation revolves around piano chords from start to finish.

In “Working Together,” Okey Sokay declares that his eyes are fixed on God because all things are working together for his good. This track is embellished with resonating scales from the lead guitar, a subtle blend of the bass guitar, and a sublime mix of the loop.

“Yes And Amen” is an affirmation of God’s word and his inability to fail. Sokay speaks of the authenticity of God’s word that cements his truth in God. With a brief session of rap, Okey Sokay’s voice gradually crescends over high and low pitches until the end.

“Ike” is a refined song with lyrics garnished in the Igbo language. The intro starts solemnly and is followed by a sudden and delicate drift to upbeats. Here, Okey Sokay speaks of the potency of Jesus’s blood, and the abilities that the blood possesses. He further affirms that his security is rooted in the power of the blood. The unique, light-weighted voice of popular Nigerian singer, Limoblaze, adds a fine touch to the song.

“The Word,” a 2-minute song, and the shortest track, starts with an audible framework from the snare running on the loop and a fine combination of the lead guitar and piano chords. Here, Sokay declares that the Word works for him, therefore, he will proclaim it ceaselessly. He further magnifies the benefits that accompany the declaration of God’s word. He also establishes that believers can only enter into these benefits if they believe that the Word works.

“Sure for Me” is a combination of Afrobeats with pronounced sounds from the pot-drum, shekere, drums, piano, and sublime guitar. In this track, Sokay sings of his assurance in God’s word. In the lines that say “e sure for me,” Sokay communicates the security of his future as a result of what the death of Christ did.

In “My Eyes Have Seen,” Sokay sings of God’s greatness and his ever-increasing strength. He declares that his eyes have seen, his ears have heard, and his mouth now speaks of the goodness of God. Like every danceable song on this album, this track is complemented with an energetic beat. The sound is layered with a stable, lively tempo that triggers the listener to nod or move with the beats.

Another beautiful song on this album is “Next in Line.” The song revolves around the cry of a heart looking out for God’s miracle. Here, Sokay encourages people to rejoice as they wait for God to answer their cries for healing, blessings, and miracles.

“Just for Me” starts with the sound of the pipa, decorating the intro with what seems like a Mandarin rendition. Sokay’s voice eventually takes over, singing about the price Jesus paid on the Cross. He explains that the price was what established his salvation and victory. This is another solemn song on this album. The beat declines at the end of the song, and Sokay, alongside his backup singers, run over the chorus.

From the title and the lyrics of these songs, the album speaks of the heavy power that resides in the word of God. It also speaks of the need for believers to apply a deeper sense of intentionality as they speak the word of God. Speaking on the album, Sokay said that the songs were received from the Holy Spirit and were released at the time the Spirit commanded him to do so. The album is a double-barrelled release. It was unveiled together with a devotional titled “Declarations Devotional.” The devotional comes with little surprise, as Sokay is a pastor with Charis International Church, Lagos.

This album is refined and sits perfectly in the list of remarkable Gospel songs for 2022. Asides from the message that the album seeks to pass, the quality of the sound and the uniformity of instrumentation, there is a clear sign that Sokay was deliberate about putting nothing short of perfection out to people. Like other Nigerian Gospel artistes such as Judikay,  Chris Morgan and others have done in 2022, Sokay has successfully added to the stream of danceable songs that now flow on sea of Nigerian Gospel music. 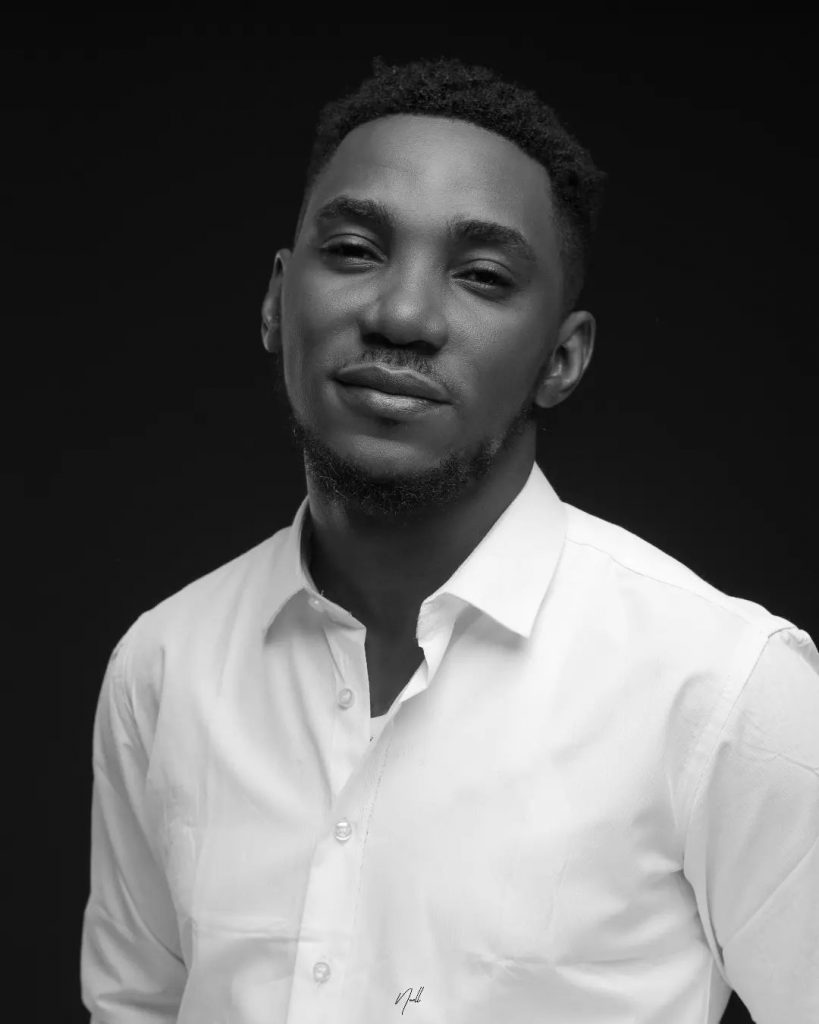 The songs on this album are short and easy to sing. In less than 40 minutes, a listener would have played the entire album. The brevity of a song that induces dance steps and stirs excitement in people, however, can hamper the excitement of listeners. The song might be ending when the listener’s soul is barely greeting the corridors of its depth. There are songs on this album that are barely 2-minutes long. As good as brevity is in some cases, it can also be a limitation to the reception of a song. People would need to put the song on repeat to enjoy it.