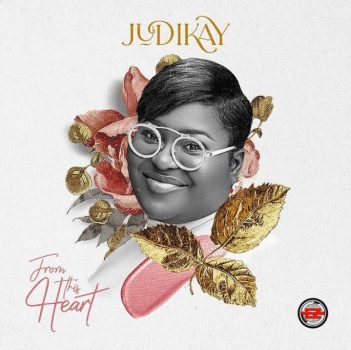 …every of the lyric in the song resonates from a deep place in the singer’s heart. They reflect the heart of one whom God has graciously smiled on…

Among prominent Nigerian gospel artistes, Judith Kanayo, popularly known as Judikay, is definitely putting in the work to ensure that she adds to the stream of songs that flood the gospel music scene daily. Judikay made her first entrance into the music scene in 2013, when she released her first single titled “Nobody Else.” Although she had always been in the music scene, she was only in the background as a back-up singer for Akinwunmi Akinremi, more commonly called Florocka, until her emergence in 2013.  For a singer who possesses her kind of vocal energy and range, earning a place as one of Nigerian most-heard female artistes was only a matter of time for Judikay.

Judikay took what can be referred to as a giant leap in 2019 when she released her phenomenal single, “More Than Gold” in which she featured the sensational Nigerian female gospel artiste, Mercy Chinwo. The official video of the song gained about 22 million views when it was first published by her record label, EeZee Conceptz that same year. Following this single was her album, Man of Galilee, which contained fourteen amazing tracks. One of the tracks titled “Omemma” (Doer of Good), found its way into the heart of many people and trended on social media throughout the year 2021.

In 2022, barely five months after having her first child, Judikay serves yet another amazing album titled From This Heart, twelve spellbinding tracks rooted in gratitude, worship and surrender to God. As the title implies, every of the lyric in the song resonates from a deep place in the singer’s heart. They reflect the heart of one whom God has graciously smiled on. These songs avail believers the words to effectively communicate their gratitude to God. Merely listening to them puts people in a place where they can also pour out their heart to God in worship.

“Elohim” is a soft, heart-stirring, crescendo that describes God’s unchanging and faithful nature. The song starts solemnly, arresting the emotions of the listener, and gradually increases. The track, although only seven minutes long, promptly replays God’s faithfulness in the mind of Christians.

“Satisfied” is a blend of Pop Rock, a brief inclusion of Black music, and a swift transition into Reggae. The song affirms God’s ever-readiness to help his children. In its chorus that says, “more than enough,” it describes the satisfaction that is in God. The song is accompanied with a compelling beat.

“Jesus is Coming” is a strong reminder of the second and last coming of Jesus as declared in the Bible. The song urges its listeners to live their lives as people who are expecting their Redeemer. The song which starts with a strong intro that seemed like short, high-pitched exhortation, took a quick transition from a short a capella into Highlife with a fine blend of the lead guitar.

“Your Grace” captures the consistency of the mercy of God, and his grace that overflows daily. A song which bears a level of semblance with her previous single, “More than Gold,” it is a sonorous, spirit-filled track, capable of bringing people to a place of surrendering in worship.

“Keleya” (Praise Him) encourages people to praise God for his good works in their lives. The song starts with a dense ogene sound. It is a captivating Highlife track with a brief inclusion of rap. It is a smooth combination of Igbo and English language.

“Have Your Way” is a song of surrendering that starts with a brief but passionate chant, as well as speaking in tongues. It is a confession of man’s helplessness without God. The singer beckons God to have his way in her life as she is totally yielded to his abilities and his will. This song is definitely for every Christian who is willing to submit fully to the leadership of the Holy Spirit.

“I Bow” is another song in the album that places God as priority, and encourages total submission. This song compels people to bow before God in worship and reverence.

“Solid Rock” affirms God’s integrity and the consistency of his nature. The lyrics possess an incredible use of scriptural confessions that establish God’s inability to fail.

“No Fear” is a track that declares that the presence of God’s love is reason enough for Christians to not be afraid. The lyrics are well combined with uplifting Bible stories that portray the demonstration of God’s love. The song ends with a heartwarming session with children singing the chorus of the song.

In “One For Me,” the singer pledges her allegiance to God, and describes the futility of a life not lived for God. She does this by portraying God as her bridegroom who is consistently in charge over her life.

“Mudiana” which means “defender” or “protector” is a powerful blend of English and Bini languages. In this song, the singer expresses her assurance in God’s ceaseless defense, his favour and love.

“Daddy You Too Much” is a song of appreciation. The artiste expresses her gratitude to God for the perpetual victories she has been granted as a result of the death of Christ. The song is a blend of Nigerian Pidgin, English, and a line of Igbo language. The song is well garnished with exciting Afrobeats sounds. It starts with a soft intro and afterwards climaxes to a fast, melodious beat. 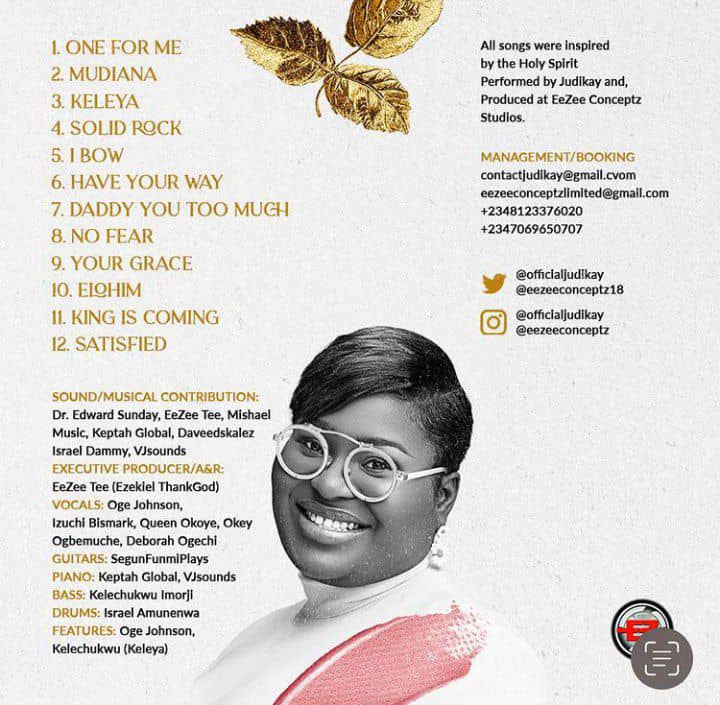 Due to the brevity of the tracks, it is easy to listen and enjoy the full album in about an hour. The length of the tracks, however, seems to stand in the way of things. For instance, just when the listener is about to get into the spirit of “Keleya” and be completely submerged in its intensity, it ends. There should have been provided enough room to savour the spirit in the songs. Also, the rhythm and beat of “Daddy You Too Much” has the ability to compel people to dance in excitement, but just when the dance starts, there seems to come up a sudden, disappointing end. A sharp cut from a deep-spirited song such as “Have Your Way” can be frustrating to a listener held under the surge of God’s power. It is like having merely a tasting of a delicious meal but being deprived of the full plate. The feeling leaves listeners begging for more. Still, Judikay has given us here songs that can lead her listeners into pure worship and praise.

From This Heart Judikay