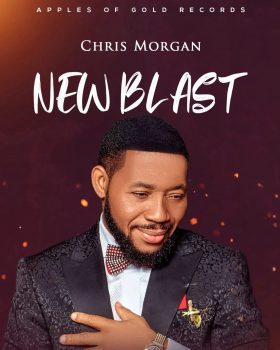 Morgan’s New Blast album is a masterpiece. The songs have a soul-clinging effect. Listening to them will lead to spiritual rejuvenation…

As September 2022 draws its curtains, Chris Abah Ochogwu Morgan, popularly known as Chris Morgan, greets its shores with the highly-anticipated 12-track album, New Blast a fusion of intense worship jams and spontaneous quieter moments of worship and prayers. Chris Morgan is known for writing highly spiritual songs since he came to limelight in 2006 after releasing his first hit single, “Arabaribiti,” a song that was heavily embraced by many people and understatedly became the rave of the moment.

Soaring in that energy of acceptance, Morgan released other hit singles such as “Imaranma,” “Daily As I Live,” and others. He has since appeared on prominent platforms such as International Christian meetings, such as Europe Premier Christian Gathering in London etc., mega churches such as Dunamis Gospel Centre int’l, and have collaborated with many popular Nigerian Gospel artistes. It is true that Morgan has remained strong in the Gospel music scene since his emergence and has contributed to its constant fluidity.

In the New Blast album, the energy of each song shifts in genre and beat, but mostly bends towards Afrobeats. The album has the capacity to activate the imaginative power of the listeners’ mind as it paints pictures of God’s beauty and strength in its lyrics. This album further strengthens the argument that Nigerian Gospel music has climbed another height in excellence. Gospel artistes like Dunsin Oyekan, Folabi Nuel, and others have proven this in their recent albums.

(Read also: Neon Adejo’s Latest Inspiring Album, “Nothing  But The Gospel,” Reveals What The Gospel Really Is)

“Good Father” starts with a blend of the tambourine (shekere), jazz drums, resonating piano chords, and unconventional sounds from the acoustic guitar, lead guitar, and the bass guitar. This is followed by a sudden intrusion of the voice of popular Nigerian singer, Mercy Chinwo, chorusing “chioma,” an Igbo word that means “Good God.” Her voice is later intercepted by Chris Morgan’s vibrato as he takes over the song, echoing the same word. In this song, Morgan expresses his assurance and trust in the Lord. He therefore lays his worries before God, who never fails. This is explicitly stated in the Igbo chorus that showers God with adoration. Mercy Chinwo takes over the song as the production progresses into an intense beat. The end of the song contains a solemn moment of worship with piano strings, cymbals and the voice of the backup singers. 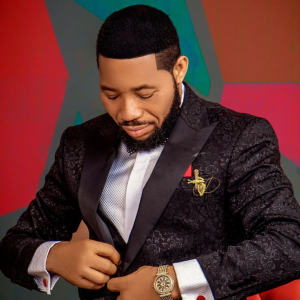 “Ayaya” is a beautiful blend of Afrobeats led by the acoustic guitar, accompanied by the lead guitar, the bass guitar, an audible framework from the snare drum and a thick sound from the pot-drum. Here, the lyrics esteem God as the greatest lover and father. The song is a combination of English language and Ibibio. The voice of Nigerian Gospel artiste, Moses Bliss, added a significant high note to the song to advance its beauty. This song adds a different shade of energy to this album.

“Chasing after You” is a powerful worship song in which Chris Morgan features Nigerian Gospel singers, Elijah Oyelade, Yadah, and Prosper Ochinama. The lyrics are embellished with lines that express a strong desire for the presence of God. Chris Morgan chants spontaneously with a combination of Idoma, English and Yoruba language. Bearing similarities with one of his previous songs, “My Soul Longs for You,” this track is uplifting, capable of ushering a listener that has a desire for God’s presence into an intense session of worship. It can also build thirst for God’s presence.

“The Name” starts with an intense rendition of the violin and piano scales in the background. The sound is a spontaneous crescendo, and it has a touch of what sounds like a Mandarin rendition. The entire song surrounds the power that the name of Jesus has. It is a name that can never be forgotten. Chris Morgan features Nigerian Gospel artiste, Steve Crown.

“Ifeoma” (Igbo for “a good thing”) is remixed on this album. With the Afrobeats-like introduction, and the incorporation of new styles, one can boldly say that this reprise is better than the former. The song is an affirmation of the works of God in the singer’s life. Chris Morgan sings about the old times when his life was a misery, and now that God has changed his life.

“Daily as I Live” starts with a beautiful chant that makes the intro alongside a blend of the piano, lead guitar and jazz drums. This song is also a remix of one of Chris Morgan’s old songs. For spiritually-inclined listeners, this song would stir up their heart in worship and in surrendering to God’s will. As the song progresses, Nigerian singer, Tope Alabi, does a Yoruba rendition that leads to an increase in the tempo of the song.

In “My Helper,” Chris Morgan declares God as his helper in times of trouble. The song starts with a sudden strike on the acoustic guitar, followed by a sharp intrusion of the singer’s voice. The remarkable combination of the acoustic and lead guitar gives the song a fine beat that spells a touch of country music.

Morgan appraises the excellence of the name of God in “How Excellent.” Here, he declares his unwavering gratitude to God for his glory and beauty. The song is embellished with what seems like Hindi slurs and minors. The lyrics are simple and short. It contains a lot of repetitions and can be sung after a few attempts by a listener.

“Maranda” is an Afrobeats rendition with lyrics carved from an admiration of God.  Here, Morgan describes the beauty of God. He lavishes praise on his name and declares God as the only one deserving of his praise. 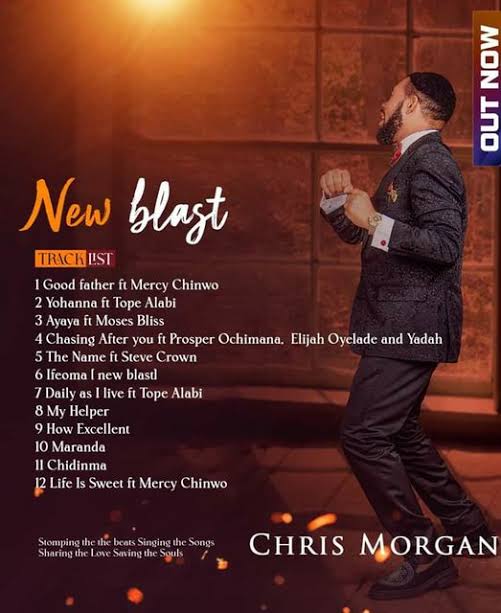 “Life is Sweet” is a song of praise that also fits perfectly into the seat of Afrobeat, with fusions of Highlife. This is the most danceable song on this album. It is likely to create unintended body movements in the listener. It won’t be extreme to say that this track has the best sound mix. The lyrics are soaked in gratitude and praise to God. Pidgin is the dominant language used in this song. Again, Mercy Chinwo is featured.

“Chidinma” (Igbo for “God is good”) is an Igbo rendition that speaks of God’s goodness, and his arms that provides comfort.

“Yohanna” (Hebrew for “God favoured me”) is the most solemn song on this album. The unique voice of the artiste blends in beautifully with the piano and the acoustic guitar. The lyrics speak of God’s grace that comes through again and again. The voice of Nigerian artiste, Tope Alabi, takes over the song, introduces a Yoruba chorus, providing a finer thread to the fabric of the song.

Morgan’s New Blast album is a masterpiece. The songs have a soul-clinging effect. Listening to them will lead to spiritual rejuvenation. Each song comes with a deductive spiritual fragrance and is suitable for church gatherings, personal reflection, prayers, and fellowship with the Holy Spirit.

One seeming limitation to this album is the number of artistes featured in the songs. Considering the level of recognition Morgan has attained, one would question the need for such excessive collaborations since they are obviously not for validation. In “Chasing after You,” Morgan features three good singers. The quality and spiritual flow of each person wasn’t affectively maximised due to the need to pass on the song to the next singer and save time.

A reprise by every definition is meant to appear and sound better than the first version. New Blast contains two reprises of Morgan’s old songs. “Ifeoma” can be said to be a better version of its first release. “Daily as I Live,” on the other hand, doesn’t measure up to the standard of its first release, specifically in arrangement and in the spirit in which it was first sung. On its first release in 2014, people listeners could easily feel the palpability of God’s presence. It was a song for every spirit-inclined meeting. For many, it was a journey of wanting to dance and praise, to falling on knees to pledge their allegiance to God. These flaws, however, do not hamper the overall quality of the album. The songs are awesome, uplifting, soulful and spirit-filled.