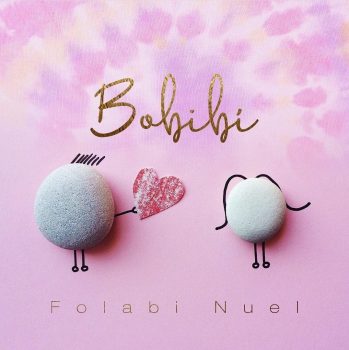 If the definition of Gospel music is based on individualistic or denominational-preferred lyrics and style, then there would be no acceptable stance of what the genre truly entails, and this album may not be considered Gospel by many Nigerian Christians…

Is Gospel music fashioned to ride on a one-dimensional pattern, or is there room for variations? This is one question that tends to jump at listeners of  Emmanuel Folabi Nuel’s Bobibi album that sits on five love tracks. I have to admit that Gospel artistes have been doing a tremendous job at ensuring that church gatherings and individual fellowship moments are adorned with songs that suitably convey spiritual messages. Songs communicate a series of emotions and articulate the magnitude of the love, peace, and grace of God.

Folabi Nuel’s Bobibi may not seem to have a footing in what many Christians expect a Gospel album to sound like. The songs are definitely not the usual, all-solemn, spiritually-uplifting, well-plunged into speaking tongues, spirit-distributing songs. They are “romantic” songs done by a Gospel artiste. Admittedly, romantic songs fall oddly on the ears of many Christians, and that’s understandable because of its allegorical power. People’s mind can wander. The sanctity of their mind can be corrupted by unwholesome imaginations as they listen to romantic lyrics, no doubt. This, however, does not completely eliminate the place of verbalising romantic emotions through songs in Gospel music. This explains why the book of Song of Solomon was not scrapped out of the Bible despite the controversies that surround its interpretation.

The Bible also gave an outright commandment to husbands to love their wives as Christ loves the church. Love can be expressed in different ways. Loved can be demonstrated and likewise communicated.  Singing definitely is one of those ways love can be communicated, given, amongst other factors, that the lyrics are not sexually provocative.

To dispel confusion, Folabi Nuel’s stand as a Gospel artiste is undebatable. He has since been known and acknowledged to be a Gospel artiste ever since his emergence in 2017 when he released his first debut single, “God Of Heaven,“ and his first album, Good God. Because of the similarities in voice texture, vocal ranges, vocal transitions, slurs, and riffs of Nuel and that of popular American singer, Travis Greene, Folabi Nuel is popularly referred to as “Nigerian Travis.”

Since 2017, the singer, worship leader and preacher, Folabi Nuel has since proven to be a spiritually-inclined artiste. He has shown this in his consistent act of releasing highly-spirited songs. Presently, Folabi Nuel has about four albums under his belt.  The lyrics of his previous songs have not only shown that he is a deep lover of God, but that he is out to win souls and pull them into the kingdom of God.

The songs on Bobibi are written, it seems, by Folabi Nuel for his newly-wedded wife, Gboremi, and was released on the day of their wedding on the 2nd of September, 2022  Each track has a tone and mood that indicate that the singer is deeply in love with his wife.

“For You,” the first song on the album, starts with a significant but short-lived sound from the acoustic guitar, as the sonorous voice of the artiste, accompanied by a remarkable beat, takes over the melodious production. The song is a confession of a man in love, of a man willing to die for the one he loves. Heavily adorned with emotions, Folabi Nuel acknowledges that his lover makes him feel like a superstar, and promises to tell his future children how blessed he is to have married their mother. He further pledges that he would always be there for her.

With a title such as “911,” the track is sure to propel people’s attention to the content of the song. Obviously, 911 doesn’t exist as an emergency number in Nigeria, so, what exactly would suggest to a Nigerian based singer to so name a track? This of course will heighten people’s curiosity.  The song conveys the emotions of a man spell-bound by love. A listener of Mali Music will definitely notice the obvious similarities in the tone, style, and mood of this track. Here, Folabi Nuel admits his helplessness as a result of the love he has inside. He sends out an SOS call. The tone was deliberately chosen to depict the heart of a man who is deeply in love.

“Perfect” is a vocal repertoire of emotions. Considering how stressless the Nigerian sensation, alternative rock singer, Johnny Drille, embellishes emotions in his songs, there is little wonder as to why Folabi Nuel featured him in this track. Folabi Nuel’s voice kick-started the song with refrains of, “I thought of you when I slept last night. Dreaming of being with you. Holding your hands and never letting go, that’s what I want to do.” After what seem to be the chorus, Johnny Drille is ushered into the song.

“Falling In Love” starts with a sharp intro by Nuel, and afterwards a subtle sound from the pot-drum, a faint sound from the violin, a fine blend of the ogene and the acoustic guitar, all mixed to achieve a wonderful production. As the song progresses, Folabi Nuel’s voice is heard over a phone call, telling Timi Dakolo to join in the song. The song is laden with confessions and professions of love.

In “Be Mine,” the longest song on the album, the singer retells the story of his proposal to his wife. He expresses his readiness to walk down the aisle and spend forever with her if she accepts to be his. Nigerian Gospel artiste, Remii, is featured in this track.

The dominant theme on the entire album is, quite obviously, romantic love. Unlike Folabi Nuel’s previous albums where he desperately called down God, or worshiped him, the lyrics here are submerged in physical ecstasy. They are from the deepest part of the soul of a man who has found a woman he loves helplessly. 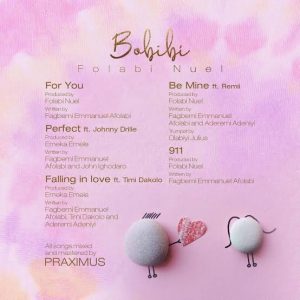 There have been largely divisive arguments on the nature of a gospel record. Traditional Christian worshippers would cheer a Gospel singer on until they take a different turn to do a love song for a romantic interest. Such singers are often criticised for their choice of words, or their lack of moderation. Many of such Christians have constrained their mind to a preferred definition of what a Gospel song should sound like.  However, giving an accurate definition of what a Gospel record should sound like, or be about,  in the 21st century can be a harder job than plumbing.

Many have finely-veiled perceptions of Gospel music through their preferences and denominational cultures. There are churches that consider contemporary Gospel songs, where Folabi Nuel’s fall in, as ‘wordly’ songs. This is so because contemporaries do not sound like the conventional hymns traditional churches are accustomed to. On the reverse, there are churches that sing praise jams, rap songs and even love songs in special services like on Valentine’s Day.

If the definition of Gospel music is based on individualistic or denominational-preferred lyrics and style, then there would be no acceptable stance of what the genre truly entails, and this album may not be considered Gospel by many Nigerian Christians. Sadly, when it comes to romantic songs, many Nigerian Christians are turned off. The lyrics, they claim, are ungodly.

Another popular criticism of this album is the fact that Folabi Nuel featured some artistes whose standing as Gospel artistes is questionable. In 2019, in an interview with Channels Television, Johnny Drille emphatically told the public that he would rather not be regarded as a Gospel artiste. Timi Dakolo, on the other hand, does secular alongside Gospel music. As much as their inclusion on the album does not change the fact that Folabi Nuel is a spirit-filled individual, it sends a message to the listeners.

I believe, however, that if a love song conveys the message of affection, promotes the existence of the true and pure nature of love in the institution of marriage, and is sung by a predominantly Gospel artiste, it should be accepted by the Christians circle. Songs with heavy speaking in tongues and perhaps heavy chants, or those that tilt towards forgiveness of sins, might be inappropriate  in ceremonies such as dates, dinners, wedding receptions or a romantic evening for couples. Songs, like Folabi Nuel’s,  come highly recommended for people who desire to have a romantic atmosphere with their spouses.