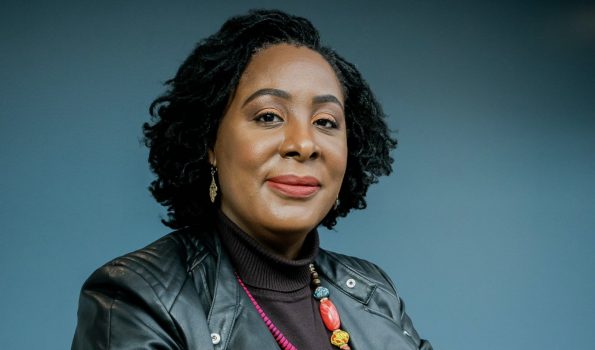 The Ruler vs The Ruled: Is Free Speech Politicised Against Marginalised Groups?

This discourse centers around who can talk about their oppression, or who is permitted to be aggrieved about their past and present situations; the impracticalities of free speech, and the ability of the powerful to sway public opinion…

Public censorship has, over time, been peddled by powerful authorities to silence marginalised groups and not allow free speech for its own interests, as well as a means of rewarding the supporters of these hostile agencies. With the popularity of the Internet, a system has shifted to social media as platform censorship.

It is not enough to impede the social justice of marginalised groups off the Internet by not allowing free speech. Time and again, their voices are also restricted online. Six years ago, Facebook temporarily took down the post of writer and Black Lives Matter activist, Shaun King, after he made a post about the racial messages he had received, on the grounds that it violated its community guidelines. But the platform reinstated it later, claiming the post was removed in error.

In a similar manner, activists and journalists from North Africa and the Middle East have accused platforms such as Facebook and YouTube of allegedly systematically removing historically important content of the Arab Spring, under the pretext of removing terrorist content. LinkedIn has also been accused of not allowing free speech by allegedly removing posts of Black professionals who forcefully speak up against inequality. It is in this similar fashion that the government clamps down on the opposition that calls their policies to question. Take, for instance, the Nigerian government censoring online media in the country following its lifting of the ban on Twitter.

The 8th of September marked the end of an era, and the beginning of ostensibly doleful days for the United Kingdom and its Commonwealth realms as it saw the passing of its longest-serving monarch, Queen Elizabeth II. Her death also marked the end of her seventy-year reign. In the hours that preceded her death, as the announcement of her failing health was made, individuals and nations began pouring out their condolences on and sadness about the information. The queen’s death also created conflicted reactions from observers as not everyone expressed disheartenment from the news. To some, it was a moment of schadenfreude, while for others, a moment to pour out their anger and spite.

Nigerian-American, and Associate Professor of Applied Linguistics, Critical Sociolinguistics and Critical Discourse at Carnegie Mellon University, Uju Anya, tweeted, “I heard the chief monarch of a thieving raping genocidal empire is finally dying. May her pain be excruciating.” This remark was received with confrontation and caused a backlash from international communities and individuals, including one of the world’s richest men, Jeff Bezos, and English broadcaster, Piers Morgan. The former replying to Anya, “This is someone supposedly working to make the world better? I don’t think so. Wow,” and the latter, the retort, “You vile disgusting moron.”

Anya, unwavering in her initial comments, further added, “If anyone expects me to express anything but disdain for the monarch who supervised a government that sponsored the genocide that massacred and displaced half my family and the consequences of which those alive today are still trying to overcome, you can keep wishing upon a star.” These exchanges have, and perhaps still are, stirring up controversial takes across social media. Twitter has since deleted the initial post, citing the violation of its policies. Carnegie Mellon University also dissociated itself from Anya’s expression which it described as “offensive,” as not representing the school’s image, while acknowledging the right to free speech.

It is of little surprise that Anya, a Black person, faces censorship for calling out oppression that has, and assumably still, affects her existence because the majority presumably swings toward white/western supremacy ideology and not marginalised groups. After Anya was singled out for her comments by seemingly powerful figures, across Nigerian Twitter spaces and communities, one could read sentiments that she ought not to have aired her opinions in grieving times. But, is there ever a right time to raise a subject? There were also jabs about not giving an opinion for fear of future consequences such as being denied a visa to the UK in the future.

In extreme situations, it is to incite violence against the supposed accused. A case of note is the British-Indian writer, Salman Ahmed Rushdie, who was a victim of a knife attack recently, presumably from a 33-year-old fatwa placed against him by the Iranian supreme leader of the time following the publication of his book, The Satanic Verses, a controversy that caused the writer to go into hiding. However controversial his writings, such call imposition violates his freedom of expression in his speech and in his writings.

This discourse centers around who can talk about their oppression, or who is permitted to be aggrieved about their past and present situations; the impracticalities of free speech, and the ability of the powerful to sway public opinion. It is, again, a matter of selective criticism and the implicit bias of who can speak freely and who can be called out on a subject.

It is also about the tendency of social media to skew towards the sentimental side of popular opinion than that of marginalised groups. Who gets to have a pass and who should be chided? It leads one to the conclusion that free speech is heavily politicised against marginalised groups.

When marginalised groups are censored, whether physically or on the Internet, it not just impedes their free speech, but it is a means to erase their existence. It also sums up a society that can only be viewed through only one form of cultural or environmental lens and removes nuances to opinions.

Perhaps, it is Anya’s public image as a professor that, by an unspoken rule, requires her to demur from certain conversations or to hold challenging opinions so as to keep up appearances. But who better to speak up against the effects of oppression than people with a symbolic elevated position of office? It is true that there are slight shifts in the narratives from the times past, up until the present moment. But people also talk about oppression out of their personal experiences with these problems, and to bring to light the subtle impact on the cultural and social acceptability of these marginalised groups.

Prominent people such as Ghanian writer, Ama Ata Aidoo, Nobel Laureate, Wole Soyinka, and Nigerian writer, Chimamanda Ngozi Adichie, among others, have, in the past and present, brought awareness about the effects of colonialism. It is only through continuous conversations that repressed discourses become mainstream. Soyinka, for instance, went in and out of exile several times during Nigeria’s military regime for his outspoken criticism of the government.

Think about initial responses towards conversations around racism, patriarchy, ableism, or heterosexism among others, and how change begins when these marginalised voices of those affected are heard. Throughout history, several groups have and still are, experiencing censorship. And it is not a quest for freedom of expression for just Black people, it is about removing censorship across all marginalised groups. Of course, liberty of expression or free speech is not an excuse to spread hate speech. But people can and should be able to hold viewpoints, however unpopular, and be able to question the past however hard it tries to be repressed.

There is also, a mannered way that society regards the dead which borders around not speaking ill of the dead, as if to say that death absolves the past and forgives old transgressions. Just as the relevance of a monarchy in modern times is still being questioned, there are also intricacies to the legacies of the British empire that attaches to the late queen, with its history of colonialism, slavery, and complicities in wars and invasion, among other things. Even to the present day, the pillaging effects of Europe’s colonialism and international interferences towards nations still fetter across Africa, Australia, and Asia.

All of these have been called to be acknowledged and delivered at least some measures of reparation. Affected nations have also, in their own way, began doing away with emblems of oppression such as removing colonial names and symbols in their countries, while others such as in the Caribbean, strive for their own sovereignty. Of course, it is an incomplete narrative to blame the present-day woes of previous colonies solely on colonialism, but to try to chastise the voices that talk about their experiences is a bid to erase those experiences from history.