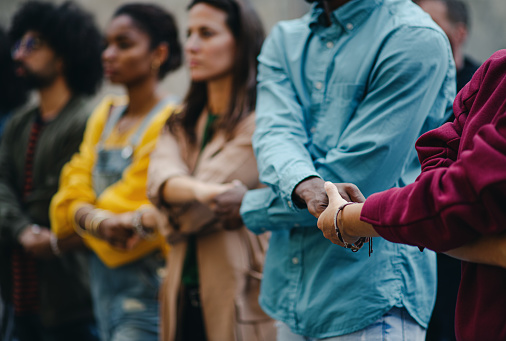 Often times, there have been positive outcomes after such actions, and other times, the problems become aggravated, especially when the protest result in violence such as was in the case of the 1976 Soweto Uprising…

On February 14, 2022, the Academic Staff Union of Universities (ASUU) in Nigeria embarked on an 8-week warning strike to draw the attention of the government to its 2009 agreement. Six months after, there’s no end in sight for this strike action. Other unions like the Senior Staff Association of Nigerian Universities (SSANU), the Non-Academic Staff Union of Allied and Educational Institutions (NASU), and the National Association of Academic Technologists (NAAT) have gone on strike actions in solidarity with ASUU. Some of the contentious issues yet to be resolved between the federal government and the unions include the non-release of the revitalisation fund, non-payment of earned allowance, and renegotiation of the 2009 agreement, among others. The educational prospects of millions of Nigerian students lie in limbo as the tussle between the Nigerian government and ASUU goes on.

However, in July 2022, the Nigerian Labour Congress (NLC) organised a protest in solidarity with the university staff union. The nationwide strike which held across major cities in Nigeria forced the federal government to issue a 2-weeks ultimatum to the Education Minister, Mr. Adamu Adamu, to resolve the strike. The ultimatum had expired, and negotiations are still ongoing. It is interesting, however, that it took a national protest for the government to sit up and issue a strong ultimatum for the strike action to be resolved. This goes to show the immense power of protests in bringing about positive change. One can only wonder about the effectiveness of the NLC protest. Is it a mere show of camaraderie? Is the government paying enough attention?

Over the past decade, protests as a part of social movements, have erupted across the globe. Social movements are deliberate and organised groups striving towards a common objective in order to cause social change, whether as a form of resistance or to speak up against the marginalisation of certain groups that face the brunt of inequality. It could also be a personal motivation or to find purpose in the grand scheme of things. Protests have been used to express displeasure about issues and drive policy change in societies.

Protests are not new to Africa, from the Aba Women Riot in colonial Nigeria, where market women organised to protest against unfair taxation, to the Soweto Uprising in 1976 in South Africa, where secondary school students protested against the use of the Afrikaans language as a compulsory medium of study alongside English in schools. There are also more contemporary movements like the #EndSars Protest against police brutality in Nigeria in 2020. The Nigerian government was pressured to set up a commission of inquiry in 28 states in Nigeria which led to the disbandment of the notorious Special Anti Robbery Squad (SARS) police unit. Elsewhere, America saw the reigniting of the Black Lives Matter Movement in 2020, following the death of George Floyd, a case of racial abuse instigated by the police. In 2018, women across Spain protested in numbers against sexual assault, after a largely controversial case verdict saw the release of a group of men nicknamed the “Wolf Pack” who sexually assaulted and filmed an 18-year-old, without charge for rape.

The Internet, too, has become an active tool for social movements, with social media amplifying the voice of struggle. More recently, we have seen where musicians have openly protested bad leadership on the stage. For example, Bobi Wine, the Ugandan musician turned human rights activist who was vocal about social and economic injustice in his song, and then again, as a member of parliament, with his fight against dictatorship in Uganda. In what could be considered a subtle form of protesting, the Nigerian musician, Asa, recently performed her famous song Fire on the Mountain, whose lyrics highlight social injustice. She did this at an event held at the Nigeria Presidential Villa, which also had the Nigerian President in attendance.

One of the most effective protests in the past decade was the #feesmustfall protest in South Africa. The student-led movement which started on October 14, 2015, at the University of Witwatersrand, soon moved to the University of Cape Town and other universities in South Africa. The movement which grabbed international headlines rose to primarily protest against the increase in student fees and to galvanise more government funding for universities. The initial impact of the protests was to prevent any rise in university tuition in 2016.

This protest mirrors the ASUU protests in Nigeria, but in this case, it was led mainly by students who desired a more accessible and affordable university education in South Africa. South Africa is also regarded as the ‘protest capital of the world,’ having recorded the highest number of protests. These protests emerge largely from unfavourable government policies. Often times, there have been positive outcomes after such actions, and other times, the problems become aggravated, especially when the protest result in violence such as was in the case of the 1976 Soweto Uprising.

In December 2018, rising prices of food, – notably, bread – continued fuel shortage and a currency crisis led to protests in cities all over Sudan. The protests which started in Atbara town in Central Sudan soon spread over the whole country. As the protests raged on, protesters went beyond asking for bread to demand the resignation of the president, Omar al-Bashir. The majority of the protesters were Sudanese youths who were disenchanted and angered by the country’s lack of direction and the economic problems that the country has been embroiled in. After months of protests, Sudan’s military stepped in and finally toppled Mr Bashir on 11th April 2019. Mr. Bashir was later charged with incitement and involvement in the killing of protesters. He was also slammed with corruption charges, after prosecutors said a large hoard of foreign currency was found at his home.

In 2011, hundreds of Egyptians came out to the Tahrir Square to protest and express their dissatisfaction with the Hosni Mubarak-led SCAF government. Their grievances centred mainly on economic and political issues including unemployment, police brutality, political freedom, civil liberty, and food-price inflation. In the course of the protest, footage was captured of a woman who was stripped of her abaya, trampled and dragged while trying to flee from soldiers. Following the release of the video, millions of people were morally outraged and disturbed by the actions of the soldiers. Media platforms covered the event and video, which made it go viral and led to more Muslim women in the country joining the protest movement.

The outcomes of protests are usually volatile and unpredictable. More often than not, violence ensues and sometimes, it results in an inglorious end. The outcome of the #EndSars protest which resulted in the death of many unarmed civilians, allegedly perpetrated by the army still leaves young Nigerians with mixed feelings of bleakness and anger. It remains to be seen how the ASUU strike will be resolved, with the government and ASUU not showing signs of wavering in their stance. The Nigerian government insists that it can no longer enter into unimplementable agreements with the university staff union. Nigerians are pessimistic that the strike will be resolved anytime soon, but I believe it will take another NLC protest to make the Nigerian government sit up and bring lasting solutions to the incessant strikes that plague Nigerian higher education.

Protests usually arise when diplomatic negotiations fail. Generally, protests seem to be very effective in calling out social problems or injustice. But still, it has proven to be a very expensive resort due its susceptibility to degenerate into violence and disorder in the society. Perhaps it is a necessary evil for long-term social good, or the final measure when dialogue is no longer productive.