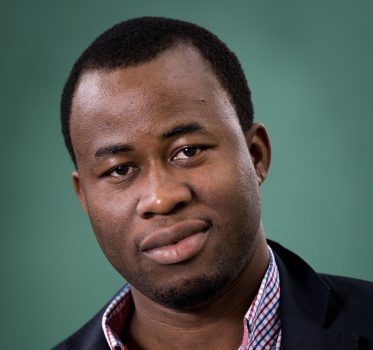 Chigozie Obioma’s Third Novel, “The Road to the Country,” Acquired for Publication in Two-Book Deal

The novel is set in mid-20th century Nigeria, and follows two brothers in search for reckoning.

Acclaimed Nigerian novelist, Chigozie Obioma’s third new novel titled, The Road to the Country which is set in mid-20th Century Nigeria, has been acquired for publication.

The novel is set in mid-20th century Nigeria, and follows two brothers in search for reckoning. It also explores the themes of “spirituality, grief, longing, sibling rivalry and guilt.”

The UK and Commonwealth rights to the novel was acquired in a two-book deal by Ailah Ahmed, the publishing director of Hutchinson Heinemann, from Anna Webber of United Agents, with US rights sold to David Ebershoff at Hogarth.

Obioma’s third novel comes after his first, The Fishermen, and the second, An Orchestra of Minorities, which were published in 2015 and 2019 respectively. Both novels were each shortlisted for the Booker Prizes of 2015 and 2019.

The publisher’s note describes the novel as, “an extraordinary coming-of-age story which begins in 1950s Nigeria when a bereaved seer embarks on a visionary journey into the future of a child yet unborn. The fate of the seer and the young soldier will merge in a devastating and epic coming-of-age novel akin to war classics such as All Quiet on the Western Front.”

Obioma revealed that, “The Road to the Country is for me a return to the subject of sibling rivalry and the search for reckoning explored through the lens of two men who are burdened—one with grief, and the other, with a guilty conscience.”

Obioma is currently an assistant professor at the University of Nebraska.

chigozie obioma The Road to the Country