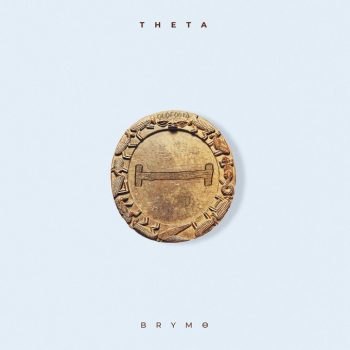 In “Theta,” Brymo Births Another Soundtrack of Solace

With every deeper encounter, Theta provides a reassuring feel of genius, its only apparent flaw being its status as the work of a human mind eternally condemned to imperfection…

Mark Twain. Winston Churchill. Marcel Proust. George Orwell…and now, Brymo. Despite being among the most brilliant storytellers of their generations, these great artists all have one thing in common: a lot of their best work was written on the theta brain wave, i.e. the calm state of mind just before you sleep or right after you awake. However, with Brymo, real name Ọlawale Ọlọfọrọ, everything seems to delve into some dramatic direction; because without knowing about the theta brain wave, the musician had already composed and titled his just-released 10th studio album Theta, perhaps, paying some ode to Greek philosophy. It was not until a few weeks before its release that he discovered that the science behind theta brain waves was exactly the same method to his madness on this record.

Theta is a dauntless mirror that projects a convex reflection of society, with its moral frailty and pitiable reality. In this record, Brymo spins a very evocative narrative that is both as critical as it is soothing. For a 10th project, it is a honourable summit of his career, in terms of ranking in artistic prowess with his earlier works. Still, Brymo’s artistry ages just the same way palm wine does; it gets stronger, with time.

“You carry Boyi go yonder/ You say he no go oh/ Slavers boku round town/ Hin brother tell am oh/ Stand for your ground/ Make you no hurry follow go/ Them dey sell people troway/ My brother no go oh/ The people them wey go river never return oh/ Dem say na mami water/ Carry everybody go oh/ For full moon, Papa go farm he never return oh/ Them say na the forest carry am swallow oh,” the opening song on the album, “Illusions,” sets off a solemn and introspective mood that skeletons the entire album. Typically, Brymo’s songs are poetic, charismatic and emotive, with mostly a sanguine or pensive aura. In “Illusions,” he dissects the haunting reality of the transatlantic slave trade, taking a sarcastic swipe at the seeming lack of rebellion by African slaves to their Western masters. While his stance can be argued to be politically incorrect (as there are records of hundreds of slave rebellions in the history of the transatlantic slave trade), one thing remains iconic: it is the confidence and intimacy with which Brymo tackles the subject, creating vivid imageries that remind one of the same feat Quentin Tarantino achieved with the 2021 blockbuster, Django Unchained.

The album delves into more people-centric paradigms, with the second track, “Pim Pim.” In an age where corruption and stealing are selfishly rebranded as ‘hustle,’ Brymo advocates for the renaissance of a population wealthy from honest and dignified labour.

his bass calmly drifts over the mesh of piano chords, shekere, and slow drums.

It is reminiscent of Brymo’s own personal struggles, as well. After writing several hundred of songs, in the indigent suburbs of Okokomaiko, a younger Brymo had hustled his way to release his debut album dubbed Brymstone in 2007, with limited resources and the help of a promoter in his community. His resilience led to an encounter with Denrele Edun, then a presenter at Soundcity, who promised him a slot to perform at the Soundcity Awards that year. That encounter also funnelled a meeting with MI Abaga, and Solomon Abuchi, and led to his breakout record deal with Chocolate City, in 2010.

Like he reflects in Son of a Kapenta, his sophomore album, Brymo is clearly unashamed of humble beginnings, and “Pim Pim” re-echoes this perspective.

In “Dem No Born Us Together,” the third song on Theta, Brymo comments on the bandwagon mentality that infects almost every facet of human existence. He satirically reminds the listener to be conscious of their choices, and not rope others into the same mistakes with them.

his bass joyfully, and playfully, floats over the upbeat Fela Kuti-esque instrumental.

By the fourth track, there is already a feeling of satiety with the album. You are satisfied with either its thoughtfulness, sound direction, overall groove, or all of them. Yet, with the sombre intro of “Love Na Drug,” a renewed sense of solace springs up as Brymo’s bass penetrates your eardrums. While, on one hand, Brymo speaks of a love that is more potent than hard drugs, and corrosive to the winds of war or economic recession, an agape love, in essence; on the other hand, he speaks in parables about people who harbour grudges or ill sentiments towards him.

From the mid-point on the album, a slow-burn ode dubbed “Money Good,” to the final track, “For You,” Brymo maintains the same tempo, with divergent thought directions and subtle sonic twists. While he swivels around the themes of survival, as in “Life Dey Go On,” prudence, as in “Tomorrow,” sexual violence and abuse, as in “Oga,” hypocrisy and communal violence, as in “Market Square,” and finally, love adulations, in “For You,” Brymo typically presents a treatise on the human condition, a ploy that has always worked, for its relatability, in attracting people. 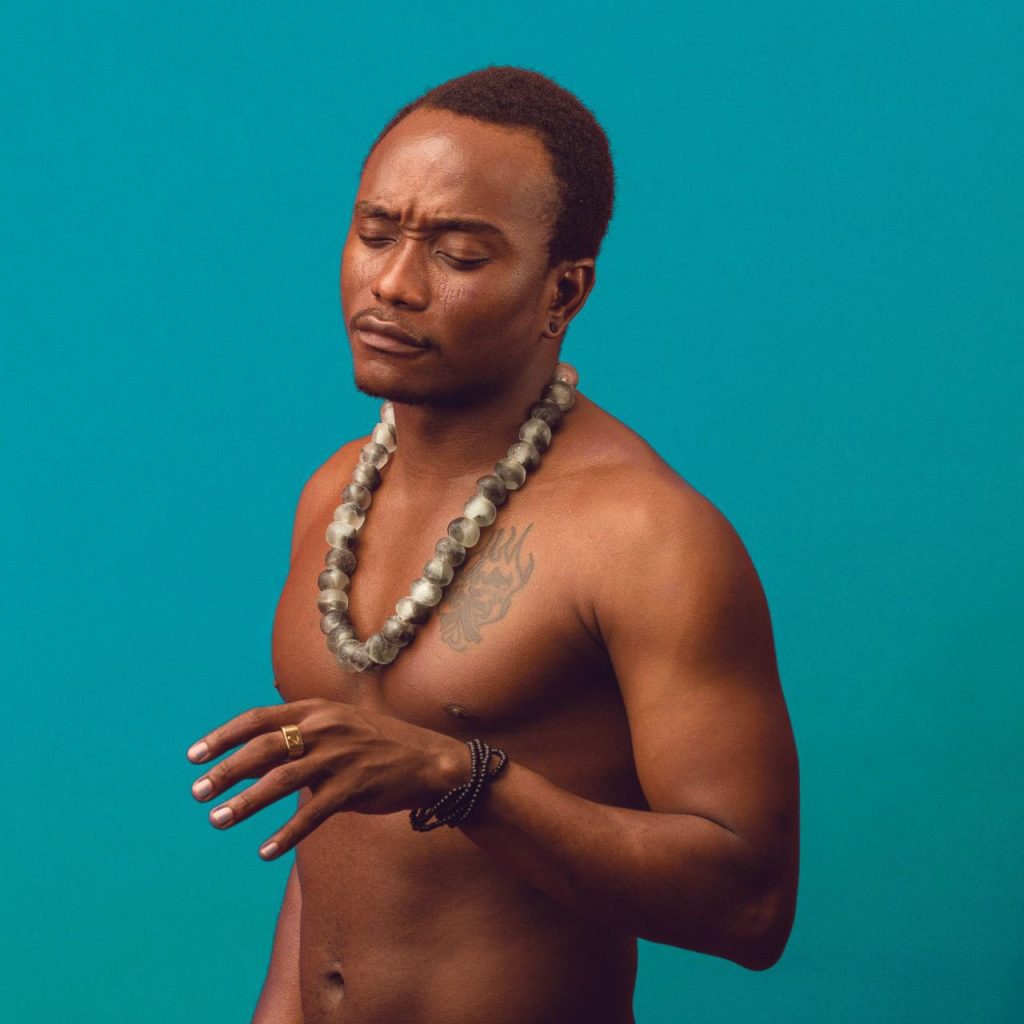 While most of Brymo’s work might be hard to content-analyse, holistically, for an average listener, his vocal ranges, especially his in-frequent falsettos, as well as his cadence on the tracks, help for easier recall of the core messages on his projects. One can easily find oneself humming “Money good o, when you get plenty to spend,” after hearing “Money Good” or “And the truth e been dey hurt me,” after hearing “Life Dey Go On,” and so on.

One more interesting thing about Theta is its simplicity. The most complex masterpieces thrive for their simplicity. The songs seem very superficial and wholesome, if you listen to them that way. Yet, they reveal hidden gems when you decide to content-analyse their lyricism, or question the sonic direction behind the instrumentals. With every deeper encounter, “Theta” provides a reassuring feel of genius, its only apparent flaw being its status as the work of a human mind eternally condemned to imperfection.

Interestingly, Theta is another of Brymo’s experiment with languages. Like his 9th studio album, Èsan, which was purely recorded in Yoruba, to Harmattan and Winter, the twin sister of the same project, which was also recorded wholly in English, Theta is completely woven in Pidgin English. Typical of most radical musicians, this direction is likely the fruit of coincidence, harvested after a faithful satisfaction of sporadic and individual creative cravings.

Within Theta, Brymo also critically revisits the subject of his sexual allegations which arose and was circulated in 2021 by some people on Twitter, his favourite social media application. While he recorded “Libel (EP)” as his personal commentary and stance of his innocence on the matter, “Oga,” the 8th song off Theta seems to be a very unusual and intimate commentary on the same subject. In the song, he provides an imagery of a man meeting his waterloo after sexually abusing a woman, suggesting that he wishes the same treatment for anyone (even himself) if ever caught in such a scenario.

Sonically, his long-time collaborator and friend, BigFootInYourFace (who actually has one of the biggest feet this writer has ever seen; and also produced Harmattan and Winter) welded a stealth harmony that sojourns through the entire sound-piece. There is a rhythmic percussion and piano chord that permeates every song, with occasional violin chords, and choral chants that collectively climax the melody within this album. 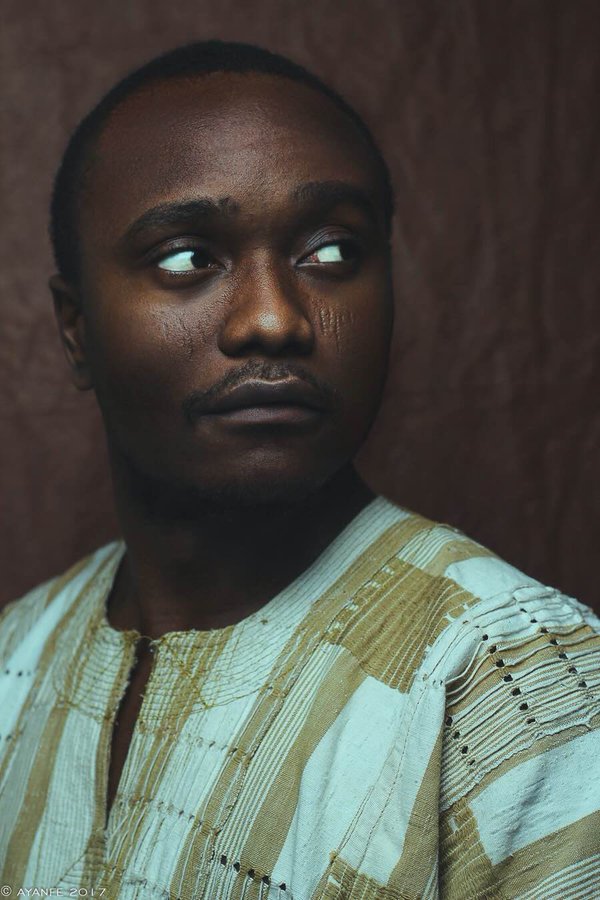 Cohesively, Theta is Brymo’s solace to the problems inherent in human existence, and it works as an album. It matches the lyrical strength of Yellow, Brymo’s 7th studio album, which soundtracked the COVID-19 lockdown era, and it rubs shoulders with the charisma of Oṣó,  his 6th studio album. Yet, it breathes for its own individuality, as well as originality, in terms of the commentaries, the energy, the cadence, and the mood that ensembles this record. It thrives with a very healthy replay value, rehashing Brymo’s lingering legacy of being an iconic musician with an entire discography built on classics. After just one listen, it is easy to understand why Brymo made this album before he went to bed; it is just exactly the kind of record you need to get into one.