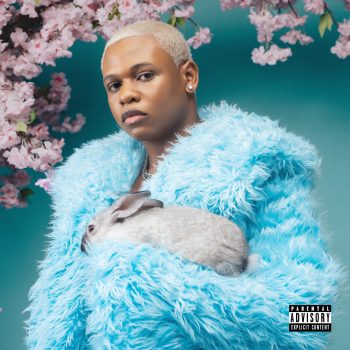 In “Boy Spyce,” Mavin’s Boy Spyce is Off to an Intriguing, Risky Start

While the EP carries the same fingerprint, melodically, with signature chords, violins and other sound engineering styles, the music itself is a rough collage of loosely-fitting portraits. All the songs work, individually, but, cohesively, they fail to represent an authentic portrait of who Boy Spyce is…

If you witnessed the historic game between Manchester United and Liverpool, on Thursday night, then you would agree that Mo Sallah has two key superpowers: strategic movement and an eye for goal. And within Nigerian record label company, Mavin Records, the same traits exist across the line-up of mavericks. After a decade of discovering and spotlighting some of the biggest names in the industry, the imprint founded by the Nigerian music honcho, Don Jazzy, continues to reflect this spirit in all of its new signings, including its most recent act, Boy Spyce.

With Boy Spyce, born Ugbekile Osameke, there is a lot to explore underneath his lithe vocals and soulful songwriting. With his self-titled debut EP, the Benin-bred singer steps out with character. His vocals are directly tailored to emphasise passion, while his lyricism spins with street-esque intimacy and youthful swagger. But the overall crown on his record is his delivery — precise, fluid and inviting.

With the first song on the EP titled “Dreams,” the young Mavin crafts a poignant pace that provides the underlying soothing feel that carpets this record. “I follow you, but you no follow back/ You finish school, you finish university; but I dey sing, I dey follow my destiny,” his voice echoes in his verses, ushering the listener into Boy Spyce’s world of ups and downs. Like other singers in his cadre, from Zinoleesky, to Bella Shmurda, to Barry Jhay, this tactic of preaching the ghetto gospel is one that will help him endear a wider fanbase. With waning economic climes and increased hardship, a chunk of his fellow Nigerians is caught in the throes of waking up to cut-throat struggles. This shared reality soars as an umbilical cord between music lovers and street-hop/pop.

As the record delves into the second track, “Bad Things,” Boy Spyce unlocks his sexual energy, with a Jamaican-esque flow, serenaded by drowning chords and melodic loops. Sonically, it is an exciting soundpiece, but it gets tiring to non-aroused ears over time.

The record then segues smoothly to an urban party-starting bop dubbed, “Wayo,” that basically has no other function but to make you move your feet on a dancefloor. It also interestingly spotlights his pidgin English prowess, throwing some ‘Oribosonto’ and ‘Oribosente’ into the crude melodic brew. The native nonsensical street lingo actually spices up the song, eventually.
“Nobody,” provides the cathartic crescendo to this record. On it, Boy Spyce shines the brightest with his lover-boy falsettos. The fluidity of his vocals seeps seamlessly underneath your skin, and the magic of his words conjure heartfelt emotions for the listeners. The ultimate track, “Destiny,” is the cherry on the cake of this record. It is, perhaps, the most intimate, vocally excellent and introspective song on the EP.

While the EP carries the same fingerprint, melodically, with signature chords, violins and other sound engineering styles, the music itself is a rough collage of loosely-fitting portraits. All the songs work, individually, but, cohesively, they fail to represent an authentic portrait of who Boy Spyce is. The problem is not the music; it is in the multiple personality disorder that contours the vocal persona in the record; in “Dreams,” he sounds like Crayon; in “Bad Things,” he diffuses some Blaqbonez-esque energy; in “Wayo,” he sounds a lot like Rema. While comparison is not the most relevant subject at this stage of his career, it is definitely a ticking time bomb, because his fans would need to put a character to the music. Boy Spyce feels more like a coat of many competitive (and not complementary) colours. 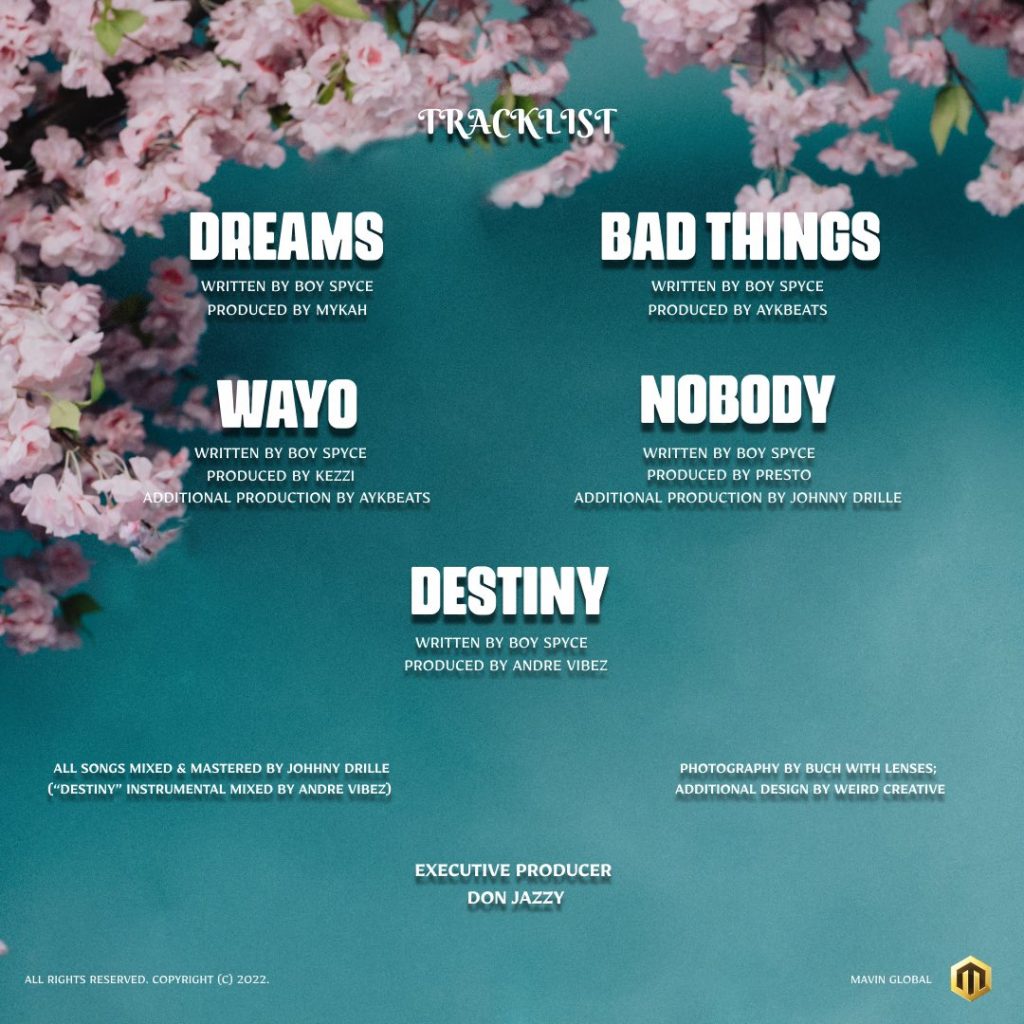 It is clear that Boy Spyce comes with the right seasoning for the industry, but in order for his musical dishes to be tasty to the audience, he needs to distinguish his recipe. Within “Nobody” and “Destiny” lies the original imagery of his own sound, and somewhere there lies an opportunity for him to completely hack his artistic authenticity and communicate that with the world. This eponymous debut is a bold, risky, and intriguing one. and only the mirrors of time would tell what impact it would really reflect.