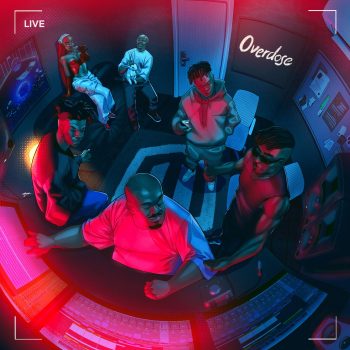 There is a new generation of Mavin artistes such as Rema, Ayra Starr, Crayon, Johnny Drille, Magixxx, Boy Spyce and Ladipoe. They are exciting, young, passionate and driven…

Don Jazzy & Mavin Records have both been an impregnable force dominating both the Nigerian and African music scene for many years. Don Baba J himself, as he is often referred to, has been on a quest for world domination with his sound ever since he made his grand entry into the Nigerian music industry alongside his now former business partner and ally, D’banj.

Over the years, fans have witnessed an array of gifted artistes such as Wande Coal, Dr Sid, K Switch, D Prince, and D’banj come and go from under Jazzy’s tutelage, dating far back to when the label was formerly called Mo’Hits. Mo Hits was later dissolved after irreconcilable differences between D’banj and Don Jazzy, eventually forcing those within the label to pick sides. A new label, Mavin Records, was born, still housing the same set of artistes, save D’banj and brother K Switch who were later replaced with afrobeats Queen, Tiwa Savage. She would shortly be followed by other new additions and recruits such as Korede Bello, Reekado Banks, and Di’ja. But the objective of the label remained to bombard fans with hits.

This group of artistes gave us memories that would last forever in our hearts and minds, churning out hits songs like “Adaobi,” “Janta Manta,” “Looku Looku,” “Dorobucci,” and many more. These artistes have now gone to excel in their respective careers. Some have even started their own labels, while others have signed with international record labels.

Fast forward down to 2022 — a new era, a different time, a new dawn — with Don Jazzy still at the helm of affairs steering the wheel. There is a new generation of Mavin artistes such as Rema, Ayra Starr, Crayon, Johnny Drille, Magixxx, Boy Spyce and Ladipoe. They are exciting, young, passionate and driven.

Style, amazing shots, a colourful set, superb lighting, and ambience; the “Overdose” music video has it all. Kudos to Director K for delivering all this in this amazing video.

The video starts off with a silhouette of Crayon pre-performance, followed by a medium shot of Don Jazzy smiling in assurance and confidence of scoring yet another Mavin hit with this jam, as he introduces the song by singing his famous signature line: “its Don Jazzy.” Right after, Crayon, who carried the song beautifully like he wrote it all himself, led the charge looking dapper in a red and black jacket with some jewelry and dark shades on. The director gets a close-up shot of him singing “every likkle thing you dey do to me dey sweet me for body girl, shey your love fit fall on me? Girl your bow leg make ah go crazy omoge say you sure for me shey make I withdraw money” all the way to the hook.

The director kept tracking and following him as he performed and danced to the song until he eventually reached a seated Don Jazzy, and they hugged each other. Seated at the far right of the screen and left of Jazzy was label mate, Johnny Drille, who wasn’t on the song but was kind enough to grace his fans with a glimpse of his presence on set. This particular scene is reflective of the friendly atmosphere and bond that exists between the Mavin boss and his artistes, as opposed to the bossy type mogul he is prejudged to be by some. Director K captured this bond beautifully at 0:56 playtime.

Ayra Starr approaches the camera as well, looking stunningly beautiful, dressed in revealing apparels, as she sings and performs her killer verse “no one told me love would taste like. Got my money in my pocket like this, Bitcoin dey my wallet like this, wisdom and my knowledge like this…” The current Mavin princess is a real sight for sore eyes as she teases fans and viewers with a short belly dance towards the end of her verse.

Ladipoe, Mavin Records rap marshall, wasn’t left out of the action, and at 1:23 playtime, the “Feeling” rapper introduced himself and did his thing, with his signature flows. He dropped the tempo a little, while looking dapper, clothed in an orange suit that matched the colour of the set where he was performing. Big ups to the costumier for that one. At 1:40 playtime, Ladipoe cleverly and hastily moved the camera away from himself and focused it on another, to invite Magixxx into the mix, a concept I thought was clever. Boy Spyce, looking dapper in a red suit and matching trousers, then closes the show with his silky voice.

One prominent name was however missing in both the song and its video: the Rave Lorde, Rema. The director teased “Ravers” of an impending Rema entrance about to happen but that never did. Viewers were shown only an SUV on hydraulics that had a customised plate which had “Rave Lorde Rema Rave County” inscribed boldly on it. While this particular clip may have suggested that Rema was preoccupied with sex inside his car, one can’t help but wonder whether all is well between Rema and Mavin Records. Don Jazzy has however cleared the air on this with a promise of another song with the full Mavin Records artistes in it.

This clip might have been a clever way to kill suspicions of an ongoing dispute in the camp which led to Rema’s absence on both the song and in the video. It was an amazing video, all the same.

My favourite clip was that of Ayra Starr, taken at exactly 0:59 and 1:00 playtime, of her starring seductively into the camera with both hands placed on her upper region as she prepares to make her entrance. Another favourite scene was taken at 2:00 playtime where Crayon is singing and performing the bridge of the song “Oroma no go downgrade make I carry your luggage.” This was another sublime shot of Crayon, taken by Director K.

Three minutes and twenty-three seconds (3:23) felt too short for this video. And even after watching it ten times already, I still hoped there was a way it could have been extended to last even more than it did. That’s how well I enjoyed watching the video. The song and video does wonders for Crayon, who was in some ways already falling off the grid and was getting very little attention prior to the release of this song, especially since the addition of the pair of Magixxx and Boy Spyce. All this kept some fans wondering if he was still on the label or had perhaps left. Also, the newest addition to the pack, Boy Spyce went into the spotlight with a closing verse on the song and a feature in the video.

Omowale Michael Bokinni is a trained Cinematographer and screenwriter. He is an alumnus of the prestigious Royal Arts Academy Lagos. Passionate about all things music, movies and entertainment in general. He is also an actor who has featured in a number of Nollywood movies, the most recent being, the Royal Arts blockbuster “Bitter Pill.” Instagram @omowalebokinni Twitter @bokinnio.