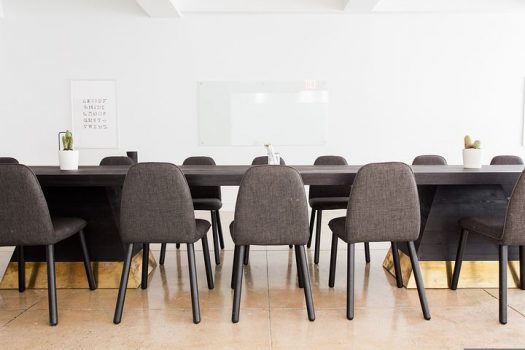 Out with the Weird Hustle Culture, In with “Quiet Quitting”

The term “quiet quitting,” is becoming trendy, where employees are only performing their assigned tasks or job description, deliberately avoiding working over the weekend and after-work hours, and doing away with extra assignments…

Since the turn of the century, especially among the Millennial age demographic, and perhaps, too, a few Gens Zs, the hustle culture ideology has been pushed, glorified, and idealised. This is an ideal that came about as society continued evolving into a technologically-driven one, where, with the Internet, seemingly successful people were able to push the narrative of success to thousands of followers. Hustle culture is the belief that to be successful, one has to work extra-hard, an ideal that equates to long hours of work, overt indulgence in business affairs, and a distaste for rest and pleasure. We have witnessed the “rise and grind,” “get the bag,” and “chase the paper” rhetorics become mainstream and romanticised on the Internet (read as social media), in self-help and motivational books, and championed by famous celebrities, entrepreneurs, and brands as the utmost secret to success, especially in corporate work environments.

But, in recent times, another thought process has also gained equal popularity. The term “quiet quitting,” is becoming trendy, where employees are only performing their assigned tasks or job description, deliberately avoiding working over the weekend and after-work hours, and doing away with extra assignments. Some call this “doing the bare minimum.” “Quiet quitting” is the opposite of hustle culture, what one can say that is a resistance to hustling. To begin with, the idea of “quiet quitting” is not a novelty. One can say, as is the tendency for things that become trendy to eventually wane off, hustle culture has reached its peak and declined, and “quiet quitting” is having its moment. The question that now presents itself is, “why?” What has given employees the change in perception to begin to do away with the hustle culture?

Surely, hard work and dedication are important, and giving one’s best at one’s endeavours cannot be overemphasised. But the term, “quiet quitting,” having a field day on social media spaces says quite a lot about work culture, and how society has come to define hard work and dedication as always going or giving the extra mile, at the expense of the employee, but to the benefit of the employer. Around March this year, the working conditions that employees in some start-ups in Nigeria were subject to, became quite sensational public news. One of such instances is an exposé on the fintech start-up, Bento Africa, where it was revealed the poor working conditions staff members were exposed to, and the lack of proper work-life balance. A recent article on the Careerbuddy blog interviewed young people who began hating the jobs they were initially excited about. In both cases, it had to do with working in toxic work environments that exploited workers for gain. The truth, sadly, is that it is not far off from what is obtainable in some rather exploitative workplaces, where there is the expectation to, as much as possible, crunch in the numbers, reel in customers, meet targets, etc. This creates an unhealthy work environment and cut-throat conditions where staff members have to compete with each other to garner favour from the workplace superiors.

One can also come to the conclusion that the hustle culture is pretentious because, for all the talk about the grind, every other week on the Internet, social media users express their dread for Mondays, and how they look forward again to the weekend with glee. The Nigerian content creator, Christian Obi (The Igbo Wolf), has, among other of his comic personas, the relatable “Work Chris” whose major challenge is navigating his toxic workplace that he looks towards each new week with terror, and tweets sarcastically about. Perhaps, people are also beginning to see through the pretense.

But, it is only a matter of time before burnout sets in. Burnouts result from prolonged exposure to stress. Only two years ago, survey reports found that about 64% of Nigerian employees stood at risk of burnout, with more women as victims than men. As the survey revealed, burnout would come about from both physical and emotional exhaustion, all of which will take a toll on mental health.

The uncertainties of the Coronavirus pandemic, more and more, compounded these stressors which caused another high burnout rate. Those fortunate to work remotely had a difficult time determining the ideal time to stop working, and teachers and healthcare workers became even more prone to burnout. It is of little wonder that the post-pandemic period saw a wave of the resignation of workers and caused a dearth in the workforce. With unprecedented time and space imposed by the lockdown, workers had room for sober reflection, and many people now had time to re-evaluate their life choices. Although, having more impact in Western countries, across Africa, specialised roles become scarcer as its professionals began quitting at a high rate, n the search for better opportunities.

In South Africa, one statistic reports that 20% of causes of resignation involved the search for better pay, while 70% left to find a better work-life balance. A similar trend also occurred in Egypt where the country’s younger professionals began quitting roles and transitioning into a different work environment. In Nigeria, commercial banks across the country were also hit by this resignation wave as the rates of IT personnel leaving the country drastically increased. There is, also, the dissatisfaction that comes with putting up a great deal of effort with the promise of promotions and bonuses that may never actualise. Several disgruntled workers have spoken up about the disappointment of joining a company and taking up multiple roles, with the promise of promotion as they progress in the role, but eventually, the company employs another to take up those positions.

Of course, it would be unrealistic not to consider that there is still a high rate of unemployment, which is projected to keep rising: that there are, still, low and middle-income earners, people within the informal work sector, and people who are considered unskilled, who would take up positions in unfavourable establishments merely as a means to survive. Studies also show that minimum wage workers are more likely to work in toxic work environments and they continue in these places because they are the least likely to have savings or any form of social security. A costly price to pay for wages. Unfortunately, the marginalised poor would continue “hustling,” in unfair environments while waiting for the Godot of a “big break.” For example, I remember working for minimum wage as a classroom and subject teacher in a private school. Staff members were overworked, took multiple classes at a stretch, and still faced unpleasantries from irritable parents over disciplinary measures meted on pupils, all for barely enough earnings. While I consider myself fortunate enough to have left, some other staff members did not have the luxury of even contemplating leaving.

Nevertheless, in these times where there is also more awareness about mental health and the need to prioritise it over remuneration, as well as the importance of having a work-life balance, young adults are also now more open to discussing mental health-related subjects and even seek professional counsel, than the previous generations. Even as “quiet quitting” is a loose term to describe finding balance in work and personal life, it is very commendable to see. In the colloquial term used by Gen Zs, we love to see it.