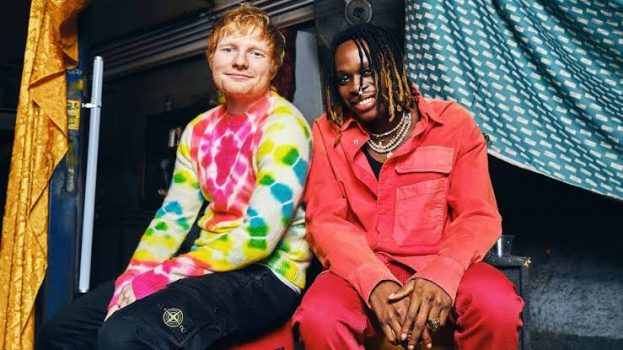 The only seeming defect of Peru Remix is its nearly perfect synchronisation with the original. Ed tethered on safe lines…

If you have listened to Fireboy’s Need You off his stunning 2018 debut, then you’d realise that slow-burn piano chords, slow kicks and soothing staccatos are recipes for his masterful musical recipes.

Fireboy is arguably one of the most prominent singers among the new kids on the block. And, hit song after hit song, he keeps daring the odds, rising above the obvious obstacles that clog an emerging musician’s journey to the top.

His new duet with the Grammy-winning English singer and songwriter, Ed Sheeran, is a step in the right direction, for one who dares absolutely nothing.

“This is the original, and it’s just, it’s an earworm, and it’s addictive, and I’m obsessed with it. I mean, I’ve had this song on repeat constantly in the house for the last week,” Sheeran said in an interview with Apple Music 1. And this is no strange feat, to see the Western World fawn over our melodies and art.

‘Afrobeats to the World’ has become even more relevant now than ever, since the proliferation of the sound began over a decade ago. However, this duet soars more for its marketing benefits than even the artistic chemistry.

When Ed Sheeran came out with his 2017 hit, “Bibia Be Ye Ye” we enjoyed and embraced his innocent exploration of African culture. His musical sabbaticals, recording camps, and collaborations with Ghanaian musicians greatly submarined his third studio album dubbed, ÷ (Divide). Ed Sheeran’s speaking of Twi in “Bibia Be Ye Ye” or pidgin English or Yoruba in “Peru,” reflects his love for African culture, and is not just an A&R stunt. It would not be surprising to see him take on Igbo artistes like The Cavemen., or Chike, in his next musical adventures.

Culture aside, “Peru” resonates, as that soothing Pop-heavy record that’s in mainstream music circles every summer. Its lyricism is simple, blunt, and vane. Its melody, dreamy, inviting, groovy. The vocals? Exquisite. It’s almost a perfect song. And its remix is like sprinkling sugar on doughnuts.

The only seeming defect of the song is its nearly perfect synchronisation with the original. Ed tethered on safe lines (or perhaps he was just drunk on the original melody) and didn’t break out of the box with his own delivery. This was exactly the same thing Justin Bieber did on Wizkid’s “Essence remix.” It is clearly a safe practice. However, the duet would have been sweeter if more experimental.

A diversification in the melody, delivery, and composition would have helped to prim this record to its full potential.

Whether or not Empire Records had a hand in this remix, it was a clearly calculated and lucky choice. No doubt, Fireboy and Sheeran might go on tour next year. Or perhaps we could expect a joint EP from them. The opportunities are limitless. For now, one can only hope the Peruvian embassy doesn’t hijack the song from our borders. But “Peru” remix is definitely one heaven of a melody.

Chinonso Ihekire is a music critic, journalist and filmmaker based in Lagos, Nigeria. He believes in the power of using art to positively radicalise society. His works hacve appeared in other African publications, such as Wakonte, Guardian, among others. Reach out on Instagram @Chinonsotherevolutionary and Twitter @ChinonsoIhekire