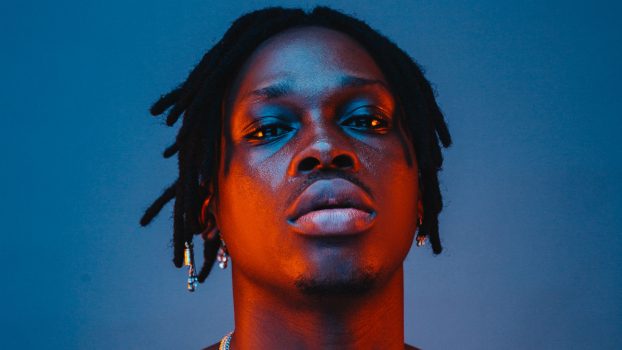 Multi-talented singer-songwriter and recording artiste, Fireboy DML, who has been signed to YBNL since 2018, has surprised his audience with an unannounced single titled “Peru”. A high-tempo song that dwells on braggadocio and feminine worship, it is the first single he has released in 2021 which wasn’t drawn from any of his previous projects. Born Adedamola Adefolahan, Fireboy DML has been on a roll since the release of his debut album, Laughter, Tears and Goosebumps in 2019, churning out hits like “Jealous”, “King”, “Vibration” and “Need You”. He equally impressed music enthusiasts with his sophomore album, Apollo, released in August 2020, which included the singles “Champion”, “Spell”, “Airplane Mode” and “Lifestyle”. His hit single, “Scatter” (off Laughter, Tears and Goosebumps) was featured on the EA football video game FIFA 21.

Amidst an infectious hook and vocals that hit the right notes, “Peru” stands out as a hearty summer bop, and also hints at the fact that Fireboy DML is not resting on his oars.

The song begins in typical Afropop fashion: the glorification of lust and reiterating the need for a woman’s attention. In a string of lewd lyrics that follow, Fireboy DML asserts his alpha-maleness with a tinge of vulgarity. He boasts of places he has been, asserting himself as the superstar that transcends borders, and not the “local champion” that some critics posit him to be, deploying vocals reminiscent of early-career Wande Coal.

In the second verse, Fireboy DML reveals that he has a new LP in the works, evidenced in the lines “I’m not playing with you/ I’m not joking/my third album is loading”. That line works as a double-edged sword: it gets his fans to anticipate new music, and it also quells any doubts as to his work rate. It could also be a sign that he plans to drop a record year after year, taking a cue from his mentor Olamide, who released one album every year between 2011 and 2017.

From a sonic perspective, “Peru” runs like a freestyle heralding an era that would have Fireboy DML dominating the airwaves. The flow of the verses further illustrates he deftly beats tunes into submission, and how he could string tunes to his taste, regardless of whatever message he intends to pass. The song is proof of Fireboy DML’s artistic genius, and depicts just how he works to his strengths with a view to showing off his creative flex. Beyond the numbers currently being generated on the charts and streams, Fireboy DML’s latest offering is a display of intent; he doesn’t plan to fade away anytime soon.

Adedimeji Quayyim Abdul-Hafeez is a mad creative on the loose, interested in law, media, communications, journalism, and anything that knowledge could be found in. He receives mails on quayyimadedimeji@gmail.com and directs the Ministry of Flex, Vibes, and Creativity on Twitter @quayyimbakr.