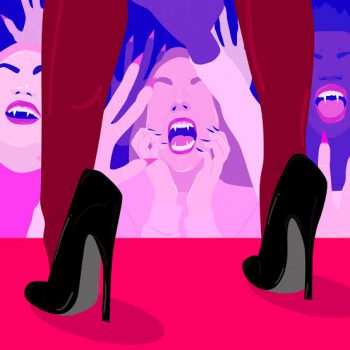 From Stan Culture to Die Hard Fans; What Motivates Supporters to Extreme Loyalty?

Having a large fan base has become synonymous with success in recent times in the world of entertainment. Amassing an audience ready to not just consume a content, but also form a sort of celebrity worship is likely just as important as making the art or content. As the world veers further towards digitalisation, the use of the Internet has made it easier for fans to peer into the lives of their favourite celebrities.

An emotional female fan in a viral video burst into tears as she held on to singer Mayorkun insisting that he follows her home. Grammy award winner, Burna Boy, during his Space Drift concert last October had to take a moment to warn his fans to not jump on the stage while his performance was on. During the performance of rapper, Travis Scott at the Astroworld concert in the United States, a stampede ensued as people pushed forward to the stage, leading to the death of 8 persons and many others hospitalised.

The use of the term “stan” to describe fanatics that go to the extreme out of love for a particular artist stems from American rapper Eminem’s 2000 hit song of the same name about an overzealous fictional fan named Stan who ends up killing himself after murdering his girlfriend from the lack of attention he got from the celebrity. Ever since, “stan” has been associated with extreme loyalty from fans towards someone famous.

“Stanning” celebrity has transcended beyond just support for a liked artiste but also getting immersed into the lives of these icons, enough to not just follow them on social media but to other aspects as creating fan accounts, setting up crowd funds for their celebs, engaging in banters against other fans in disputes over who is the greatest in terms of their achievements. Sometimes, fans consider themselves higher for stanning an artist over others thus forming a sort of bias or classist system to others who do not share the sentiment.

Fans’ show of their love and loyalty is a sort of validation for the celeb’s popularity, and the gathering of a large fan base helps in merchandising image, boosting sellout in shows, concerts, etc. One can only wonder how far is too far in this display of solidarity: jumping on stage to grab hold of celebrities as they perform, going into a frenzy and passing out at the site of a celebrity.

By creating monikers that mark out the stan groups, the African entertainment industry has developed an often unhealthy factioning that characterises their followers. What then stirs the stan culture? The motivation to become a dedicated “die hard’’ fan of a celebrity? From musicians such as Wizkid FC, Davido’s 30BG Gang, Naira Marley’s Marlians, Rema’s Ravers, Tems’ Rebels, to Big Brother celebrity housemates such as Laycon’s Icon, Mercy Eke’s Mercenaries, Erica’s Nlewedim’s Elites, the list goes on.

As is usual with the age of the Internet, engaging in acts at its extremities easily go viral, make trends and draw the attention of superstars. When JoeBoy’s Alcohol trended, crazed fans jumped on the promotion to show themselves binging on alcohol and other harmful substances. In 2018, an obsessed fan caught media attention by tattooing the face of Davido on her chest. She later revealed that he followed her on Instagram after this audacious move.

This so-called obsessed fan, Natacha Akide, known as Tacha or Symply Tacha, would go on to be a housemate in the Big Brother Nigeria reality television show in 2019. Whether or not this move was a ploy into stardom, Tacha has since removed the tattoo following body-shaming from Nigerians. Since then, several other fans have taken to inking their celebrity idols in a bid to enjoy their “15 minutes of fame” and be spotlighted by these icons.

As celebrities are able to influence their audience by the image they portray through the media, fans, in turn, are able to live through these images as a reflection of who they inspire to be. Celebrities may share ideologies or lifestyle habits that fans secretly or openly acknowledge. Like Naira Marley’s devout Marlians who are easily identified by their “No Mannaz” mantra. They also have a unique dress style, from wearing their trousers below their waistlines to wearing bold colours. To use the street term, Marlians could be described as “razz.”

Marlians come forward, others go outside.
We stan a proud #Marlian.@officialnairam1 come see this.
Ya'll tag and retweet till Uncle Soapy a.k.a. Uncle Bad Influence says something. pic.twitter.com/F6j4lsIS2l

Today was my friend’s convocation and I asked him if he felt bad that he didn’t make a 4.0 CGPA and he said ‘A true marlian doesn’t recognize the number 4 so I’m good!’ Those words pushed me to tears and I was proud of him. Marlians we stan! 👽

There are theories to reasons why obsession over celebrities develop. One of them suggests a question of empathy. Fans, through the media, seem to know a lot about their idols that by their own experiences, can relate to how they assume their celebs are feeling.

For instance, a sensational video showed a girl crying uncontrollably when her favourite housemate, Erica was unceremoniously evicted from the Big Brother Naija lockdown edition of 2020 following an outburst with fellow housemate, Laycon. Perhaps empathising with her stan for being wrongly evicted, in the video, she is seen raining invectives on Laycon as she believed he was the cause of Erica’s eviction. The ‘Elite’ Erica fans went on to raise $66,000 through fundraising after her disqualification.

But perhaps the most notable reason an artiste gathers a large audience is in appreciation of their artistry, enough for their fans to compare them with their counterparts, to elevate them above all others and to make their shortcomings forgivable.

Singer, Wizkid, presumably has the largest fanbase both locally and internationally. Since his inception into the music industry with “Holla at your boy” which brought him into limelight, Wizkid has consistently entertained his audience, honed his craft and sound to international acclaim. Wizkid has won prestigious awards and has been nominated for some others. Wizkid has that much endorsing power to arrive late to his own show and still meet a cheering audience as evidenced in the “Wizkid Live in Abuja” concert that held at Transcorp Hilton Hotel last December.

Wizkid FC would go head to head (or mostly tweet handle to handle) to defend this action by the Afropop star.

When taking sides with an artist, fans sometimes separate the artistry for the individual. The love for the music, style, etc, greatly supersedes the artist character that the fans are able to put up with it.

Burna Boy, for instance, could be described as arrogant and narcissistic. From threatening to beat up his contemporaries to damning his fanbase for their lack of support for his music, yet the music of the self-styled African Giant is still received through his blend of Afrobeats and delivery of “conscious” lyrics that speak to the soul of his fans. Also, amidst allegations of 2Baba’s philandering lifestyle, the African Queen crooner still amasses wide support for not just his consistency over the years, but for reinventing an art style.

At the end of the day, the celebrities benefit more from the stanning culture, the sold out shows, publicity and various perks that come with being appreciated by a loyal fanbase. But before you lift that placard or make the tweet about the king/queen you stan, it might be best to first understand their art. While loyalty to an artist is good, appreciation for what sort of message they represent, and the message they pass across at large, is more valuable.

Fans should consider not only how an artiste make them feel, but think about the impact value of the artiste overtime. What qualities are attributed to this person? What kind of lasting values does the artiste, through his artistry in the long run, have to the wider society at large?