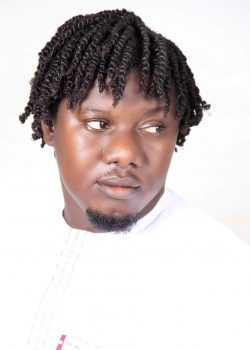 In Africa, speculative fiction writers struggle to be taken seriously as part of the larger literary community, as being worthy of recognition…

They say reading inspires writing. Most writers started off as readers. At some point in the life of a reader, the desire to share, in writing, one’s mental processes, would spring up. This is what happened to Nigerian speculative fiction writer, Donald Oghenechovwe Ekpeki. Ekpeki grew up close to a local library, an opportunity that gave him access to a lot of books to enjoy. “Stephen King said imitation precedes action. Reading made me desire to create mine,” Ekpeki says during my interview with him.

Ekpeki started writing from a young age. It was a hobby he truly enjoyed, and he seized every opportunity to pour himself into it. Ekpeki read across genres, and explored many things that tickled his curiosities. His imaginative mind led him to pick an interest in speculative fiction as opposed to literary fiction which is the more popular genre. Ekpeki says speculative fiction is a parody of everyday existence. To him, speculative fiction mirrors the society. The only difference is that speculative fiction writers do it in exaggerated, and oftentimes very futuristic ways. Ekpeki was very dedicated to the genre, and it was evident in how much creative strength he gave to it. He took his time to hone his craft and stand out from every writer like him. His first publication, he says, an unpaid one, was released in 2015. For Ekpeki whose success and fame in the African Speculative Fiction scene is one to reckon with, he started humbly and rose with every work he put in. But his road was not exactly smooth.

They were times his works were met with rejections that shook him up, but he would go through them and try again. His tenacity is one to be applauded. “The rejections would come in hundreds, but do not let them deter you. They do not define your writing. Do not tie your self-worth to them,” Ekpeki advises up-and-coming writers who are still trying to find their bearing in the vast world of literature. Ekpeki makes us realise one more time that you won’t always get a yes for your submissions and every other endeavour that concerns your writing. He implores that what’s most important is that these young writers never give up, that they never allow their rejections become limitations.

For three years, Ekpeki tried to sell a story, but all he met was the deafening silence of editors. This spiel ended in 2018 when the short story, The Witching Hour, was bought by Cosmic Roots and Eldritch Shores. This story that once earned him silence from editors would later go on to win him one of his early awards, The Nommo Award for Best Speculative Short Story.

In O2 Arena, his novelette, the first by an African to win the Nebula Award, Ekpeki writes about a friend who suffered cancer, and the sorrows that it brought to her and everyone that held her close to their heart. While at it, he subtly brings to our notice the harm a depleted ozone layer can cause to mankind. In O2 Arena, people pay for oxygen. Somehow, O2 Arena portrays Ekpeki as a proponent of a greener earth and a healthier climate for human beings.

Ekpeki says writing is a tool that can be used to effect great changes in society, and that is why he strives to touch on different things that go on in the society through stories. “You can reach the deepest parts of people with good writing, and that is why he seeks to tell stories that will influence the socio-political landscape and people,” Ekpeki says during our discussion. He is very particular about people telling their own stories the way they desire it to be told. For Ekpeki, storytelling is not a thing that should be outsourced because nobody has the power to tell your story in its purest and strongest form. If you do not tell your own stories, you’d be leaving it at the mercy of other people who can easily make a mess of it, he quips. To avoid that, own your voice and tell your stories as best as you can. 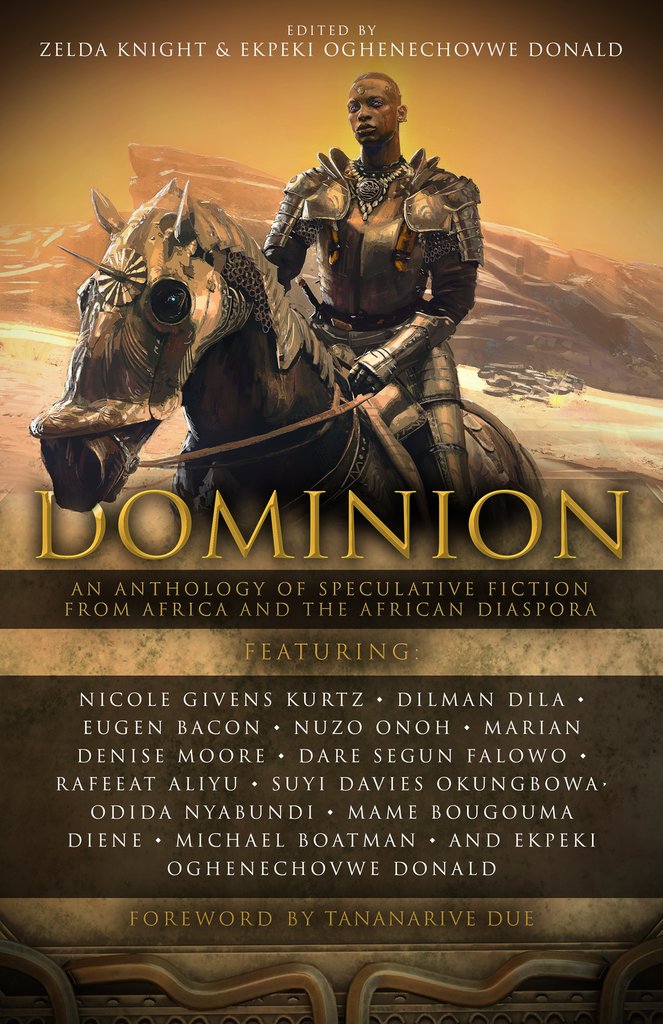 Ekpeki’s prowess in writing has earned him both local and international awards like the British Science Fiction Association Awards, Theodore Sturgeon Memorial Award, The Locus Awards, and many others. A good number of his fiction and nonfiction can be found and are forthcoming in Uncanny Magazine, Asimov’s, Strange Horizons, NBC, Galaxy’s Edge, Tordotcom and other platforms. Sometime this year, he was named a finalist in two categories for the widely-acclaimed Hugo Awards. He is the first African to achieve this feat. His novelette, Ife-Iyoku, the Tale of Imadeyunuagbon, made him a finalist for the Best Novelette category.

Some of Ekpeki’s most impactful works are anthologies that he has curated. He has successfully united a number of African writers by curating different anthologies that give them ample space to explore their creativity to the fullest.

In 2019, Dominion: An Anthology of Speculative Fiction and the African Diaspora was curated. American editor, Zelda Knight, collaborated with Ekpeki to create this anthology that gave home to the works of writers from Nigeria, Tanzania and other nations across the globe. Dominion has won awards since its release in 2019. One of these awards is the 2021 British Fantasy Award for Best Anthology

Another notable anthology Ekpeki has edited is the Bridging Words Anthology, a nonfiction speculative fiction curation that covers different fiction, essays, and various other forms of writing about events that took place in the pandemic year 2020. The anthology contains eighteen works of speculative nonfiction by nineteen creatives.

Ekpeki doesn’t only write. He is also a brilliant editor. Despite the fact that Ekpeki’s writing is what brought him to limelight, his affinity for editing can’t be negated. His love for editing led him to work with different organisations. He has slush read for PodCastle, Cosmic Roots and many more Speculative Fiction platforms. He has also worked with Interstellar Flight Press where he functioned as a guest editor. His editing skills have also earned him international recognition in Africa and the Diaspora. Ekpeki’s prowess in Speculative Fiction has earned him several spots in big associations like the African Speculative Fiction Society, Horror Writers Association, Science Fiction and Fantasy Writers of America, Codex Writers Group, and others where he continues to explore his creativity and write new and remarkable stories.

Ekpeki’s journey in writing is a highly successful one, but he has not been spared of the vicissitudes of the job: the health troubles, fatigue, demoralising rejections, and other challenges that come with having to deal with the Nigerian, and Africa’s poor literary system. In a report published by Open Country Magazine, Ekpeki mentions that, “In Africa, speculative fiction writers struggle to be taken seriously as part of the larger literary community, as being worthy of recognition.” 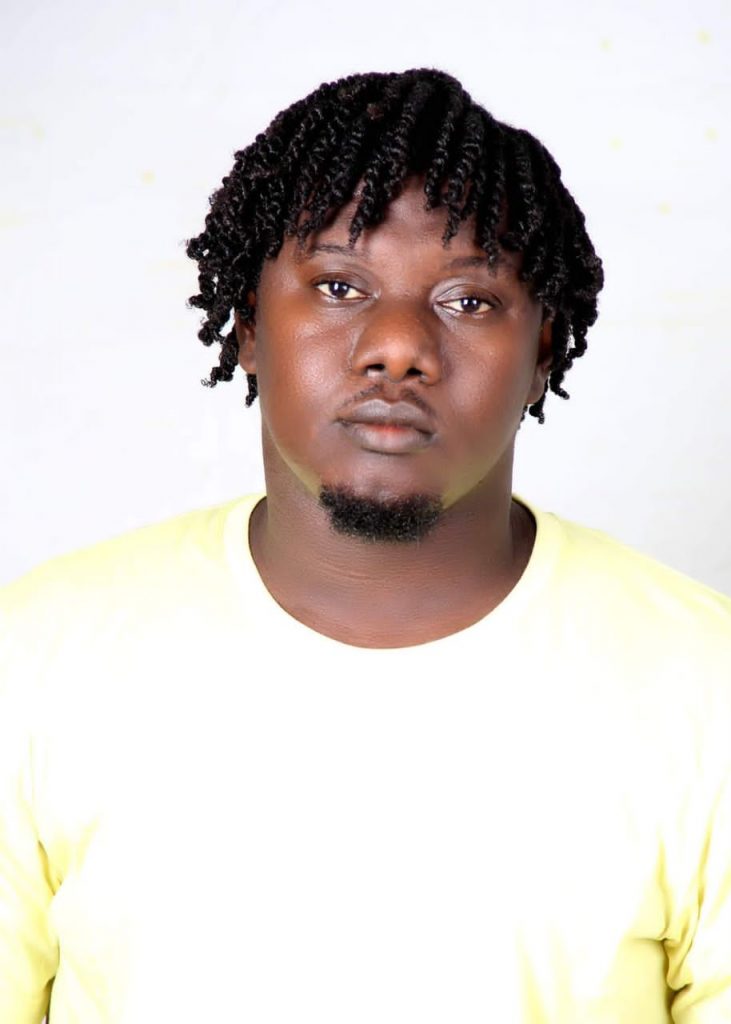 Ekpeki is cofounder of Jembefola Press, an online magazine that is committed to giving readers the very best of African Soul and Story. Jembefola explores African stories within Nigeria and beyond.

Ekpeki continues to set the pace and chart new courses in the world of Speculative Fiction in Africa and beyond. “I am a writer, writers tell stories. I hope to utilise the power of storytelling to make effective changes in society. I meet old goals and set new ones every day. So, there are no defined metrics I can use in measuring the apex. That is left for you (the public) to decide,” Ekpeki says when I asked what he would consider the apex of his writing career.

When Ekpeki isn’t writing or editing, he can be found exploring his other interests like music, gaming, films, and others. Ekpeki is a deep lover of the arts, little wonder they occupy a central part in his interests. Currently, he is working on a novel and an anthology that will be ready in November 2022.

Ijeoma Anastasia Ntada writes and reads poetry, fiction and nonfiction. She has a couple of poems published in the Love Anthology, The Ducor Review, Visual Verse, Praxis Review and other places. Ijeoma is also a photography enthusiast. She takes beautiful photographs and makes them art. When she isn’t studying to become a Medical Laboratory Scientist, you’ll find her talking about Afro Hair, femininity, and embracing all of her girlhood.