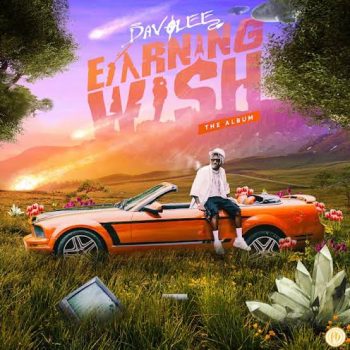 Davolee debut album delivered a full course meal to the fans. The meal is sumptuous and the fans are at liberty to choose the one they like; from love, life, motivations, to party.

Davolee announced his artistry to the industry with a storied travelogue on a single which he tagged “Festival Bars,” in 2016. He became a sensation via that track. Months before the release, he did a cover for Designer’s wave-making “Panda.” By the time rapper Olamide announced his signing in Q4 of 2016, Davolee was tagged the next to “blow,” one of the heirs to the Yoruba rap industry.

Shokoya Oluwasegun David better known as Davolee has made a mark for himself in the music industry. Although his exploits with YBNL were far from inspiring, Davolee gave a good account of himself with the three singles he released during his spell, but none were close to “Festival Bar 1,” a track which got the attention of Baddoo and got Davolee the cheque and attention.

Although he had from a young age loved music, Davolee took it more seriously after he was denied a visa at the American Embassy, channeling the frustration and embarrassment that followed these experiences into dropping freestyles on Instagram. With good stories hinged on life’s bittersweet experiences, and a good ear for sound, Davolee fired on. In 2016, when he got the coveted message from Olamide, he dropped 16 sizzling bars on “Pepper Dem Geng,” a track off Olamide’s hip-hop-centered “The Glory ” album. Not even his selfie-like cut in the Moe Musa directed video could stop the shine of Davolee. He got one of his alias “Rodo” off the song.

Tracks like “Festival Bar,” “Cirocking,” “Oya Gbefe,” were all released under YBNL in 2017. The following year witnessed the addition of Fireboy, Limerick, Temmie Ovwasa, Picazo and Yomi Blaze into the group, leading to a demand for a joint album. When “YBNL Mafia was released,” it was revealed that Davolee’s songs had been yanked off at the last minute.

With the romance with YBNL hitting the rock, Davolee continued his storied rap by releasing “Festival Bar 2 and 3.” He extended the trail with the release of a four-track compilation EP of the same title in 2020.

In the twilight of 2020, the rapper returned with the prayer-filled song “Happiness.” The song is one of his most streamed songs on digital platforms, and serves as the lead single to his debut album “Earning Wish.”

Spread over 15 tracks that place his rough edge lyrics, vulgar lines, vocal inflections to the pinnacle of every listening, “Earning Wish,” is a warm project ornamented with stories rife in love, fatherhood, vulnerability, social conditions, motivation, thereby creating a rich and awesome spin for the listeners.

The opening shot “Fatherhood,” continues from “Festival Bar 4.” A disillusioned and confused Davolee flows on in the opening 80 seconds. Boppy and reflective in thought, it introduces you to another angle of Davolee’s artistry: the effect of fatherhood on his craft.

For an artiste who once sold pure water, served as Mummy G’s sales boy and worked in a pure water factory, rapping about life is always a walk in the park. Even when he jumps on Afrobeat to birth party tracks like “Yellow Card,” and “Love,” he always stuffs it with golden nuggets and stories. It becomes too much at some point, in some ways making the party track less alluring.

“Situation,” “Innocent,” and “Democrazy,” all followed the same trope—a reflection on the state of the nation. “Situation,” is light and more soulful, apparently due to the tone of the sound, and since the production is more acoustic than every other track on the album. “Innocent” began with news clips of the October 2020 Lekki massacre. Davolee’s line retains its personal and motivational trick, segueing into a state of the nation things via the hook. Although hazy, the message was delivered. “Democrazy” completes the satire archetype of the album. The production is discordant, but the deep message makes this mistake more forgivable.

With two children at home, Davolee has been more into himself. This becomes more evident on tracks like “Till The End.” When the saxophone solo comes up by the second minute of the song, it transports you to a wedding ceremony. If well pushed, the track might be a wedding favourite, more importantly in this December.

“Play,” and “King of Boy” is a testament to his age-long held self acclamation. In the former, he sung-rapped about life and money. The trap track, “Food For Thought” is a crisp cut line that shares root with vain talk; it shows his versatility as an artist, not the best you could hear here, but still a nice attempt. “Firewood,” and “Real OG,” are beautiful and melodious tributes to weed. In the latter, Davolee took it to the shrine, the Baba Fela way, as the saxophone blared on.

Crespin Beatz produced a large chunk of the album. The baseline, synth and drum formed the bedrock of the production of “Happiness.” In a depressing economy like ours, the track was poignant. Funky, motivating and reflective in the same breath, Davolee marked the year 2021 with this after the exploit of “Way,” in 2018.

“Earning Wish” ended with two tracks, “Music Business,” and “On My Term,” a behind-the-scenes talk about the industry. It’s brooding and well placed. For the underground artistes, it serves as an 001 intro to the Nigerian artiste. The brooding and disenchantment reaches the ceiling on the last track “On My Terms,” with Davolee calling for support from fans and industry players.

Davolee debut album delivered a full course meal to the fans. The meal is sumptuous and the fans are at liberty to choose the one they like; from love, life, motivations, to party. His best moments are when he raps about life or tries to become a life coach dishing out lessons for the depressed soul. When he switches to love, he struggles a lot of times, and his voice fails him.

The album was three years late. I wondered what it would have felt like if he had dropped this album in 2017 or 2018. Sadly, he let those years pass him.

“Earning Wish” is a marker to Davolee’s potential, a forerunner to what to look forward to from him.