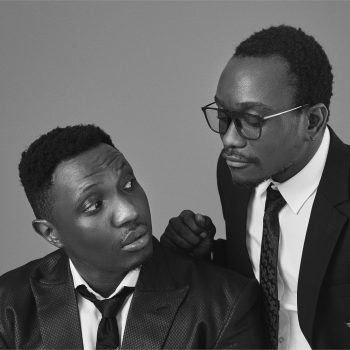 In Ethos, Hip Hop meets Alternative music at its best…

Olawale Ibrahim “Brymo” Ashimi, and Gilbert “A-Q” Bani seem to be cut from the same cloth. They are the leaders in their respective music genres. They were both born in 1986, although three months apart. They have also been in the music industry for more than two decades.

On August 4, 2022, fans went into a state of hysteria when A-Q announced his collaborative album, Ethos, with Brymo.

Joint albums are uncommon in the Nigerian music industry. Most times, we only hear of the talk and speculations, but they rarely get released. It was, then, understandable when some fans didn’t believe that A-Q and Brymo could  work on and release a joint project.

Both artistes were bred in Lagos. A-Q grew up in Surulere, while Brymo had the better part of his childhood at Okokomaiko. They both tasted the allure of record labels, have gone independent, and more importantly, are controversial geniuses in their own rights. In 2013, Brymo left Chocolate City records. Two years ago, A-Q exited the same label, floating a music incubator thereafter.

On Ethos, Brymo became the perfect complement to A-Q’s rap. A-Q brings his breathy vocals and philosophical hooks to bear. He comes through double entendre, giving philosophical and metaphors-filled verses.

The last three tracks of the album are rife with the heavy tropes of tribulation, depression, loss, and death. The opening tracks are boastful, filled with self-praise, while the songs in the midsection are ballad-like, lyrical and meditative.

For more than ten seconds, a twangy guitar plays on the opening track. By the fourteen-second mark, A-Q comes with a story filled with pain, despair, and frustration. “Won De,” which means in Yoruba, “we have arrived,” summarises A-Q’s story. He effortlessly welcomes the listener to the album, sheds more light on his journey so far, while he tells them they would get the value for every data they spent to stream the album. Brymo’s use of the Yoruba language is intimidating.

When A-Q said “I was on the street for too long, shifting jaws” on “Ni Temi,” he refers to his past street credibility. But while he has moved past that life, he looks back with some regret. Now, he embodies peace, works on his craft, stays indoors, and avoids trouble. A-Q is self-conscious to understand the intricacies of life. “Ni Temi” teaches self-awareness in this chaotic world.

The mid-tempo track, “This is War,” is built on self-reflection. A-Q has words for his naysayers, and offers reasons why they dislike him. According to him, his self-consciousness is what worries his naysayers.

Even when A-Q and Brymo treat topics like heartbreak on “Timezones,” there’s a high probability it would go unnoticed. On this eerie track, A-Q speaks from a disgruntled boyfriend’s perspective. Although he’s heartbroken, he still craves her touch and maybe some love making to make up for the lost time.

How do you write a love-soaked letter to an imaginary girlfriend? Say no more. Brymo and A-Q have the memo. On the jazz-influenced “Do You Ever Miss Me,” they both channel their inner emotions to draft a song that is lovely, infectious, and beautiful in the same breath. While the girl failed to accede to their request, they both have mountains of things they wish to do with her: dance in the rain, go on vacation, cooking together, get high, etc. 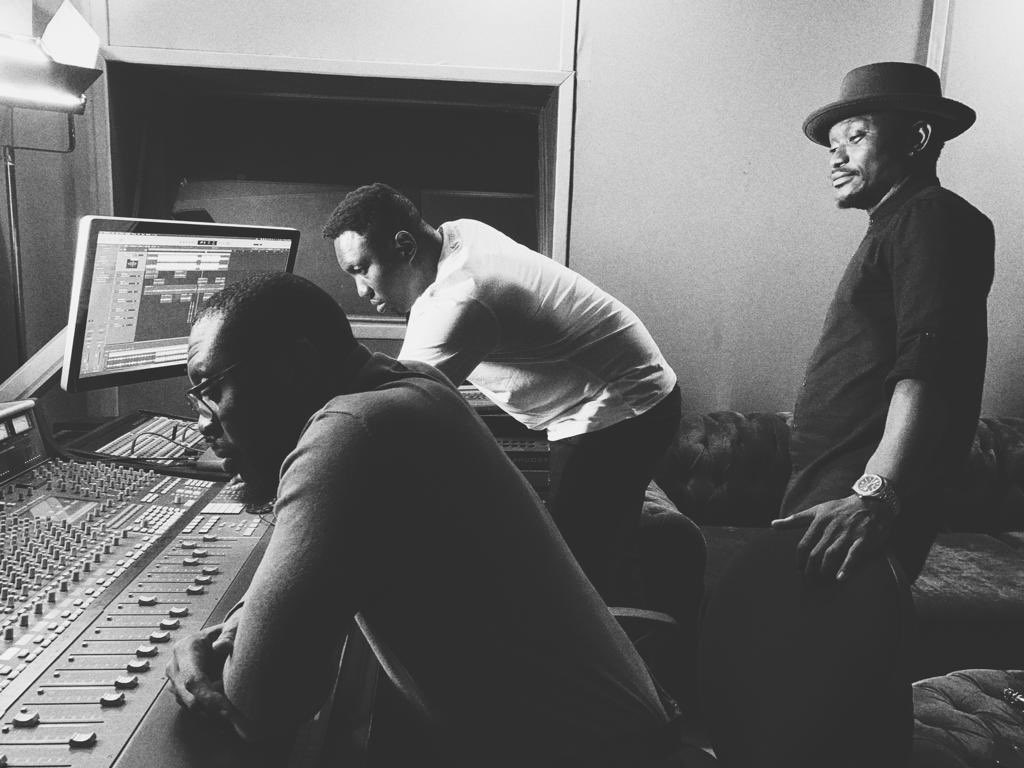 “Ife Lakoja Ofin,” a popular Yoruba saying which translates to “love is the number one rule,” sees Brymo and A-Q showering encomium on a girl, and at the same time praising themselves. Brymo shows his vocal prowess more on this track. One of the lines off the hook got stretched to the limit, and it comes out cool with Brymo flexing his vocals at a breathtaking pace.

“Baale House” is a raw, brutal, plain tale of self-absorption. It pays tribute to the victims of the Lekki Massacre. “The bastards shot the messengers at the toll gate/ Where do you find solace, fashion statements with no taste.” This track could have been the ideal album starter. The horn midsection gives off an Afrobeat feeling, and the guitar lick is a pointer to Ghanaian Highlife. At the midpoint, it switches to Afrobeats. So much was happening on this track, and at the end of the two minutes, twenty-eight-second mark, you want to play it again.

The meditative “Family First” finds A-Q at his most vulnerable. It starts with the attention-grabbing line, “Let’s not pretend, me and M haven’t been on talking terms.” He refers here to rapper, MI Abaga. Since 2016, MI Abaga and A-Q have had an awesome working relationship,  even releasing a joint tape. You then wonder what could be responsible for the implied misunderstanding between them. A-Q pays tribute to Loose Kanyon, his family, and everyone who has been supportive of his craft. While family comes first, the need to leave them to grow cannot be swept under the carpet. There are a lot of things to ponder on this track.

The last three tracks can be subsumed under one. One serves as a summary of grief and loss, and the other two enlarge on the topics. On “Stay,” A-Q goes on a personal journey, telling the story of how the deaths of his father and brother changed him. His childhood trauma returns whenever he takes steps. It’s a sad song, amplified by Brymo’s moaning vocals.

On November 20, 2021, A-Q’s long-time producer, the 28-year-old Victor Chujor-Idowu better known as Beats By Jayy, died from COVID-19 complications. “All by Yourself” serves as a tribute to him. The song is rife with bitter-sweet and regretful tales. Brymo might not have worked with Beats by Jayy; nevertheless, his somber hook becomes the needed foundation for A-Q’s verse.

Brymo scarcely collaborates with other artistes. It is then enchanting seeing him share the spotlight with A-Q on this project. With a copious exploration of English and Yoruba language, Brymo came with his finest vocal range on this album. 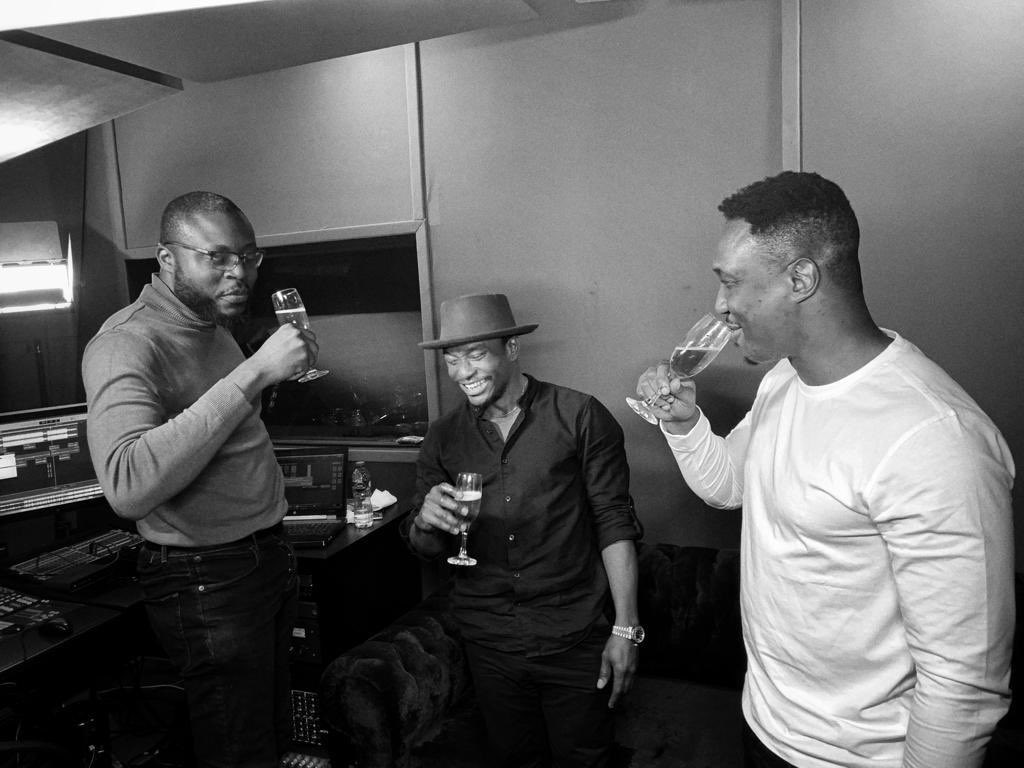 Brymo’s contributions serve as the most ideal companion to A-Q’s cathartic-filled, philosophical expressions. Brymo brings the best out of his collaborators. More features will be good for his artistic growth. I hope the fans get to see more of this.

With the year just four months away from ending, A-Q and Brymo might have just released a potential album of the year. In Ethos, Hip Hop meets Alternative music at its best. The collaborations, themes explored, and instrumental chosen are well thought out, and the whole concept is superbly executed.