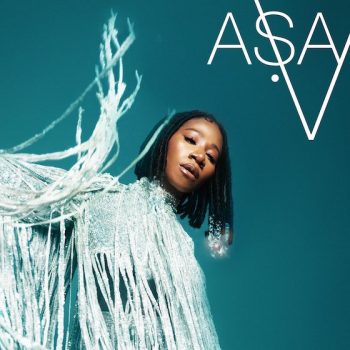 For someone with a long litany of solos, Aṣa breaks away from her Omega-wolf tendencies on this project, running completely adventurous with her features…

It was nearly time for lights out and my heart kept beating faster. The fear of being caught by the hostel governess hung heavily in my head. I remember being excited by the thrill of it, with my ears perking in akimbo, listening eagerly for ‘fatal’ footsteps. I had been encamped compulsorily in the school’s hostel, in preparation for my West African Senior School Certificate Examinations – my first border into university. And some of the boys like myself, had snuck in our mobile phones – mostly those small Nokia devices with a long battery life and Internet access. It was 2014, and those were our mp3 players. And when lights went off, we lived through the most important part of our day as artsy-minded boys: blasting music till the early mornings, while we joked and laughed. I remember listening to Aṣa’s Bed of Stone album every of those nights. It was catharsis for my claustrophobia. It was my method to the madness of routine and rigidity. And, that is the power of music.

I still remember my first memory of listening to Aṣa. I was barely 10, and I watched the music video for “Fire on The Mountain,” on TV. I remember being in awe of her powerful voice, and being attracted to the serenity that sifted through her music. And, over a decade after, I am still enchanted by this intimately emotive aura that pommels through Aṣa’s discography.

From her first self-titled album, in 2008, to her just-released and fifth studio album dubbed, V, Aṣa’s music has always radiated with a rarity, basking as a melodic haven bathed in a heightened halo of purity, philosophy, passion, poetry and perfect vocalisation. With nearly a decade and a half in the African and European music scene, Aṣa (real name Bukola Elemide), has continued to exist in a league of her own, shining as one of the most enigmatic and inspiring voices of all time.

With Aṣa, everything is contemplative. And this has not changed with V. The cake of her lyricism has always been an oven-baked basket of ideas, intimacy and introspection. Like her earlier works, V travels through the uncertain terrains of love, mostly, and life’s experiences. It rehashes Aṣa’s “Beautiful Imperfection” memoirs, while taking a more simplified approach to the songwriting. In songs like “Mayana,” she flicks on rather mundane, playful expressions in her lyrics, as she echoes a tropical vibrato:

She repeats the same thing in “Ocean,” where she soars over the slow kicks and piano chords with drowsy backing vocals of ‘Yelele, yele, yele,’ chaperoning the refrain of ‘For you are the ocean, boy you are the ocean.’ Aṣa’s preference for simple metaphors, and bland storytelling reflects heavily on the album, but it does feel like a refreshing feel of her artistry. It has less magic and goosebump-giving lyricism, but it still flourishes for its relatability and artsy appeal.

Another thing about Aṣa is her sonical sincerity. And this has buttered her projects since her platinum-winning debut album, till date. With every project, she projects her state of mind – insecurities, aspirations, experiences and philosophies – as raw as egg yolk. While she remained a young, bohemian and curious adult in “Asha,” she became more broadened, empathic and optimistic with “Beautiful Imperfections,” having absorbed more observations of life from her Asian and European travels, before finally losing herself without caution to the torrents of love in Bed of Stone, documenting her heartbreak experiences, as well as more melancholic mementoes of life.

In V, she is simply her current, best version yet. She loosens up the knots that bind her to her previous albums, allowing herself run wild with her new love experiences, and her artistic portrayal of them. In songs like “Morning Man,” she confidently yearns for her lover, as her whisper-like vocals moan:

On V, she balances her love-and-life memoirs, with interesting concepts of friendship, like in The Cavemen.-assisted jam “Good Times,” and with femme-dominated sexual energy with the Amaarae-assisted “All I Ever Wanted.” Interestingly, in “All I Ever Wanted,” Aṣa blurs the bullying lines of self-censorship with female sensuality, echoing her fantasies in the sex-selling bop.

Aṣa’s sincerity, especially to her artistic interpretations, seeps into this album in other ways. While she is regarded for being the Queen of Soul that she is, the 36-year-old delves into other musical climes, such as Afro-RnB/Trap fusion, Afro-pop and lo-fi pop, birthing one of the most intriguing sonic switches of her career. She has publicly admitted several times to writing her music from within – birthing it as she feels. In an interview with Apple Music, she admits to being deliberate about the new direction, as she didn’t want to recreate any of her classics as she wasn’t mentally in those eras any longer. Now, she is in a more Generation Z-friendly mind-state, echoing “Love Me or Give Me Red Wine,” as she curates her experiences with the same purity and passion that has always spiced up her discography.

It is surprising, also, to see that V flaunts a more urban ‘bad-bitch,’ ‘woke’ version of Aṣa, without much usage of the Yoruba language, as is customary with her earlier projects. Born in France, but raised in Ogun State, Aṣa has always been a custodian of culture, building her discographies with the blocks of Yoruba diction. Her first single, “Eye Adaba,” is a philosophical ode, sung in the Yoruba language. And despite being very popular and more resident in her birth country of France, Aṣa has always planted the feeling of home in all her projects. V feels less of that, and more of an urbanised and catholic representation of culture.

For someone with a long litany of solos, Aṣa breaks away from her Omega-wolf tendencies on this project, running completely adventurous with her features. She does the same thing with the melodies, too, and both complement each other. On V, she taps Wizkid, Amaarae, and The Cavemen., making it the highest number of features she has ever had on an album, and also the first time she would ever feature anybody on her studio album. Actually, she has worked with other singers such as 9ice, in the earlier days of her career, but she has admitted that she rather finds the process painstaking and less mutually satisfying. Hence, her sojourn of solos.

With V, she successfully balances the chemistry with the singers, even though they all bodied her on the duets. While her lo-fi mumbling on “IDG” allowed Wizkid’s mid-tempo RnB to flower the project, Amaarae’s silky lithe vocals battery-powers the “All I Ever Wanted” track, although giving Aṣa’s similar vocals enough room to carry 2nd position. And with The Cavemen.’s edgy, sonorous vocals and mesmerising humming, Aṣa’s delivery on “Good Times” felt like icing on a cake, but not the cake itself.

Aṣa found music from her childhood days, and was largely influenced by her parent’s musical collections, as well as by the church. Music had always been her heart’s desire, even though it was discouraged by her relatives back in the early 2000s. With eclectic influences from Fela Kuti (her strongest influence), Bob Marley, Erykah Badu, D’ Angelo, among others, she became a treasure trove of ideas. When she turned 18, she had already honed her own voice, and would continue to seek for an opportunity to ditch the linear white-collared work experience of life, for music. And by 20, she found it, faraway in Jazz school, in France, her birth country. And after being recognised as a musical prodigy by her teachers, she was confident enough to return to Nigeria to push her music, where fate would finally connect her to Janet Imose (her manager), Cobhams Asuquo who produced her first album, and to the entire audience back home. Hit song after hit song, she warmed her way into charts, both in Africa and in Europe, solidifying her identity as one of the most soulful singers in the industry. 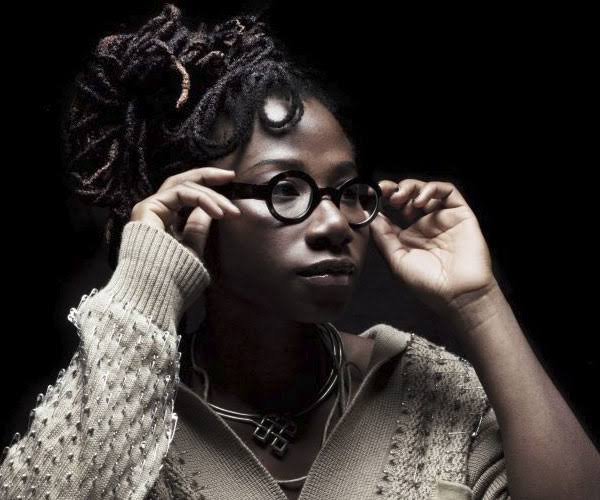 On V, however, Aṣa puts in less of soul, but doesn’t still strip herself away from her identity. She retains her magic as a chanteuse, but switches the vibe to a more feel-good, dance-friendly bop, reminiscent of the days of her “Be My Man” and “Broda Ole” jams, where we quenched our usual pensive-Aṣa diet with some playful-Aṣa type songs. With this new record, she sets a record for herself, but intimately allowing her musical identity mature to become a hybrid of current realities and old glories. She juggles her poetic interpretations with a party-loving adult persona, presenting her music as impactful and purposeful as it always has been. While it differs in terms of mechanics, from her earlier works, it is a refreshing artistic return. And one that will burn slowly in your heart, like a patient wick on a long candle.

Cohesively, the album works. It boasts of a great thematic direction, brilliant track-listing, and a potentially-high replay value. It is not for stoic-minded individuals that will groan over the sonic switch, but for music lovers that will appreciate the versatility. Truly, it is less soulful as her earlier works and the poetry will be greatly missed. But art, for Aṣa, has always been a tool – a gift for service. And V has come to do a different, more progressive sort of work.

Fun-take: This album is best enjoyed over a bowl of peppery soup or a glass of red wine, and is best shuffled with her earlier records (to soothe the nostalgia).