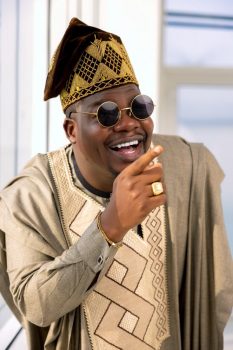 How Women are Constantly Objectified in Nigerian Comedy

Objectifying women involves treating them as objects of sexual fantasies, or sexualising parts of their bodies instead of treating them as human beings. In Nigerian comedy industry, we dehumanise women when we treat them as mere objects for the sexual gratification of men…

The Instagram star, Nasiru the comedian, popularly known as Iamnasboi, recently shared a skit across his social media platforms where he “gifts” his girlfriend with a surprise on the first anniversary of their relationship. He “surprises” her by gathering together in a room about 7 to 9 men she’s been intimate with since the one year duration of their relationship. The skit gets even more surprising when the girl confesses her surprise that his father isn’t a part of the gathering of men.

In an old skit from 2019, Sydney Talker, an Instagram skit maker, acknowledges his affection for his girlfriend. When she inquires about the reason for his affection, he fantasises about her huge bust and large behind. Then he goes on to say, “Baby, if I lie, let thunder strike me now. I like you because you have a good heart.” And immediately, he is struck by thunder.

In another, comic Oluwadolarz signs off a contract where he agrees to be trained by two female swim coaches. He becomes more enthusiastic to enrol for the swimming training when he finds that the trainers are women with large breasts. He was so enchanted by their big breasts that he signed the terms of agreement for the training without reading and lands himself in trouble.

Last week still, another Instagram comic, Adebayo Ridwan Abidemi who goes by Isbae U Barbie came under public scrutiny after he was accused of demanding sex from the girls who featured in his comedy skits.

Making funny skits has become a fast route to fame, with the rise of visual apps like Instagram and Tiktok. The success of skit comedy is astronomical in Instagram where skit-makers gather a massive audience and fanbase. Social media, especially Instagram, bypasses the traditional means of growing an audience through standup comedy and even sell-out shows. An Instagram comedian can build an extensive base of over 500,000 active followers on social media.

To build an impressive followership, Nigerian Instagram comedians have capitalised on lewdness and obscenity to make a wave, making skits that hang on a similar narrative and style. The women used in these videos always have to have large buttocks and breasts to be considered beautiful. The women are usually clad in loose-fitting clothes, show off low cleavages, or wear tight bodycons to reveal their body features. They may also sometimes be portrayed as over materialistic, easily lured by money, flashy cars, gifts, etc.

The narrative is sometimes that of a gold-digging “runs girl” who “catches a maga” and only wants to “chop and clean mouth”; or the story may feature a rich “sugar-daddy” narrative, where a sleazy old man drools over a much younger “endowed” lady and offers to lavish his wealth for her attention, as is commonplace in the skits of Debo Adebayo, popularly referred to as Mr. Macaroni. Mr. Macaroni has become so skilled in this, that in his skits, the lady, even when she serves no apparent purpose, is thrown in for the sole purpose of the comedian’s stereotypical objectification and sexualisation. 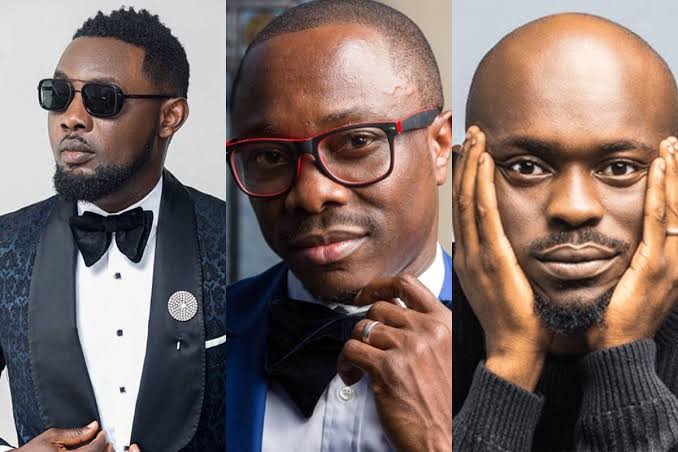 Comedy as an art form primarily creates humour and induces laughter, through a comic storyline. The storyline could either be farcical or satirical, but the aim is to portray a societal trend, and pass a message humorously. And just as art imitates life, comedians borrow tropes from society to make their stories. Over time, a number of these tropes become trendy if the targeted audience always responds readily to it.

In this case, the comedy trope for Nigerian skit makers is the sexualisation and objectification of women because it seems to be something Nigerian men, as much as women, find funny. While it is easy to stand on the defence and dismiss these videos as satirical representations of our realities, it underplays and neglects the effect mainstream media has on viewers, particularly younger viewers, and how it ultimately shapes how they see women.

Objectifying women involves treating them as objects of sexual fantasies, or sexualising parts of their bodies instead of treating them as human beings. We dehumanise women when we treat them as mere objects for the sexual gratification of men.

The problem with trends like the current one is that they reinforce age-long patriarchial social and cultural norms where women are merely regarded as objects for quenching men’s sexual desires, enabling misogyny and promoting the rape culture. Arts like these which objectify women result in sexual-priming behaviours, where subtle but continuous exposure to these “jokes” and images as entertainment registers in one’s subconscious.

The “sugar daddy” narrative instils the notion in young girls and women that financial freedom is only attainable when they offer themselves as an object to be bought, and for young men, that a woman’s affection can be bought with the right price.

The objectification of women in Nigerian comedy is no new trend. It is an age-long culture which has been reinforced by veterans in the Nigerian comedy industry. In 2018, comedian, Ebiye, made a rather distasteful joke after alternative singer, Aramide won the Headies award for Best Alternative Song, by suggesting that the singer probably bargained sex for winning the award. Ebiye had also previously “jokingly” colour-shamed the actress Lupita Nyongo’o when he shared a picture with his face smudged with a black substance and captioned it, “After giving Lupita head.”

Comedian, Basketmouth, made a rape joke in 2014, of girls deserving to be raped if they refused to have sex on the second date, a joke which cost him his position as an ambassador of the European Union campaign against sexual and gender-based violence in Nigeria.

When the media portrays certain kinds of women as beauty standards and being more appealing than others who do not have the same body shape or size as they do, it creates body dissatisfaction and dysmorphia, especially for younger, impressionable audiences. It is akin to saying that to be accepted, a woman has to possess certain features in particular places. This has stirred the desire in women to contour their features to appeal to the male gaze and to trends and styles. Presently, there is a surge in demand for surgical and non-surgical forms of body modifications such as butt lifts, breast implants, butt and breast vacuum suction, taking supplements and drugs, etc.

Surely, there could be better ways to pass on a message than constantly resorting to potentially sexist, harmful, narrow-minded narratives.

Sybil Fekurumoh is a writer from Bayelsa currently taking small steps to make big changes in the world. Connect with her via Instagram and Twitter @toqueensaber.