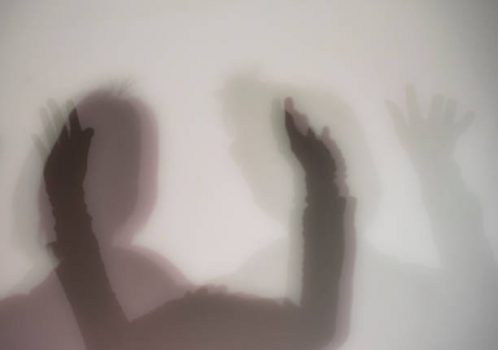 We sit around a fire and await my grandma’s spirit to announce its presence by discolouring the small flame.

When brick-red becomes green, we know she is here. The fire coughs embers into the still air, and Mama Anyị’s voice seeps into our bones. Father straightens, and mother coughs.

“Welcome, Mama Anyị,”  We all say, and wait for her to respond.

Mama Anyị does not respond at once; silence tenses the air. In the green light upon our faces, I note father’s uneasiness.

He lowers his head; when he raises it, our eyes meet. He takes his gaze away at once. The shame in those eyes is hidden well, like mother’s feelings for Tochi once were.

“You haven’t only brought this family shame. You have refused to take it away.” Mama Anyị’s voice reverberates against Father. “I know I didn’t give birth to a weakling. What has happened to you?”

“Mama Anyị.” Father begins, but Mama Anyị shuts him up. I know what he intended to say: something about how Tochi severed all soul-spirit connection between us — his family — and himself; how the boy had become impossible to trace.

“Keep your excuses,” The old ghost in the flame, Mama Anyị’s, barks. “It’s been only two months since he shorn himself. I am not a fool. I know it takes about a year for a soul-tie to be completely broken. The boy still remains connected to you. Aren’t you his father? He is alive, and can be traced. Well, except someone’s hiding him. Or except you have become a weakling, not only breeding a man-woman, but keeping one safe. You will not continue to bring me and your ancestors shame, Urechukwu,” she scoffs. “You will not be the reason I don’t find rest. The Guardians of Death are growing impatient. They threaten to destroy us eternally. We are stained. Your father and I, and your sister, Ure. Your son is the smudge on our souls. Do something fast. Take this stain away. Cleanse it with that bastard’s blood.”

Two months ago, on a cloudy night in June, Tochi ran away from home because our father had become suspicious about his sexuality; Father told our mother that Mama Anyị appeared to him in a dream, distressed, begging to be set free. He sounded quite sure it had something to with Tochi’s feminine traits.

When Tochi snuck into my room in the dead of a cold night to ask that I help him with his plan, I sat up, put on my kerosene lantern, and asked where he was leaving to.

A half-smile spread across his face, he began to tell me about his lover’s plan to take him away to a city where people are allowed to do whatever they want, where ghosts do not seek blood to purify themselves. He said it was going to be heaven there, having his lover’s skin on his whenever he wanted to feel warmth.

But the eagerness in his voice didn’t waver. “Yes. Kachi says it will. He said it’s how he shorned himself from his father years ago, before he left the country. He said his sister helped him. No one could trace him after the shorning. No one but his sister. It will work.”

“Okay. Promise me you’ll be fine.”

The following evening, I put juices from some leaves in Father and Mother’s food to sedate them. I then stood beside their table and watched as swallowed balls of fufu dipped inside soup, waiting for the compliment from my father to drop like rain on parched soil.

“My daughter. The one who makes me proud. Soon, when you turn twenty-four, you will be in your husband’s house, doing this,” Father soon said, reaching for the clay bowl half-filled with water. “The food tastes like heaven.” He licked his hands.

Father would walk into his room with Mother, and the juices I put in their food would glue them to their beds.

Whilst they slept, Tochi and I would attempt the ritual of shorning.

Standing over father, we would hold hands and mutter words, then release our grip and make gestures in the air. A small fragment of Tochi’s soul soon came spiraling out of Father’s body. I was sure that wasn’t all. I tried to reach in deeper, but Tochi stopped me.

I closed my eyes and began to mumble. Power rushed into me, heating up the insides of my head. I fell to the ground. When I woke, it was almost morning, and Tochi eyes were looking down at me.

My heart sank. I love you sounded strange coming from him. We never said these things to each other. Not directly at least.

“You merged your soul with mine. I am shorned from father.”

“Does that mean he cannot find you?”

“It will prove very difficult. When he reaches to find me, he will find you instead. Unless he’s somehow able to pull off a skill Kachi says is long lost. But, yes, he can find me. Until the year is over, he can.”

“I will. You have my soul now. Reach out to me when you want to talk. But be careful. Don’t do it around Father. Tell Mummy I love her.”

I would hug my younger brother and watch him run outside the door, a shadow growing smaller before my eyes.

Days became weeks after Tochi left, and Mother’s crying over Tochi died down. Father’s anger subsided; he must have somehow convinced himself that he would make another son, one who wasn’t a sissy, who would grow to claim lands.

Mother held me by the arm in the kitchen one evening whilst I was making dinner and pulled me aside.

“Yes, mummy, I do,” I said hesitantly, adjusting my wrapper around my breasts. Lying to Mother had always been difficult; her eyes begged for truth, and it was impossible to deny them that. “I helped Tochi leave.”

I didn’t expect her to say thank you, but she did. “He will not die,” she said. “Thank you, Uju. Keep this to yourself. Die with it. You have saved your brother.”

As soon as we step into the house after the meeting with Mama Anyị, father pushes mother against a wall and begins to yell at her.

“I am asking you for the last time before I do something stupid, where is that homosexual bastard that came out of your womb!? The one who bathes me and my ancestors in shame!?”

“Nnayi, has it gotten to this?” She mutters, but father thunders to shut her up.

“Shut up! Oh, to think I didn’t know all along. You helped him. It was you.” He is holding her neck now. “You helped him perform a ritual of separation, so he could run away. You know exactly where he is, and you’re going to take me to him, so I can spill his bastard blood.”

“You, what are you looking at?” Father turns to me. I have been standing by the door, watching. “Get out of here! Now!”

I am hesitant to leave. But when mother looks at me, her eyes pleading, I walk away because girls are not supposed to defy their fathers. I stand behind my door and listen in on the now-muffled sounds of mother’s begging, of father’s screams.

He is punching her.

I want to talk to Tochi, to tell him that I might have to give him up; that his mother is being battered, but it’s too risky. One word muttered into the air, and father would ask who I was speaking with. He will come for me, and he will kill me.

The noises from the parlour have subsided now.

My breathing is heavy, each inspiration more laborious than the one before it. I close my eyes, gathering the courage with which I surge into the parlour. But I am too late.

“Die!” Father screams as he repeatedly stabs mother. “You and your stupid homosexual son. Die.”

My bones refuse to move. I stand on one spot, urine trickling down my thighs.

Father turns to look at me, and I can spot pride on his face, in his smile. He must believe he has killed Tochi. But Tochi lives.

Ubong Johnson has works on Omenana Magazine of Speculative Fiction, Kalahari Review, Icefloe Press, Ngiga Review, TSTR, Writer.ie, the Journal of University of Uyo Medical Students, and others. He is the assistant editor of the Nigerian Medical Students’ Association, and prose editor of Fiction Niche.