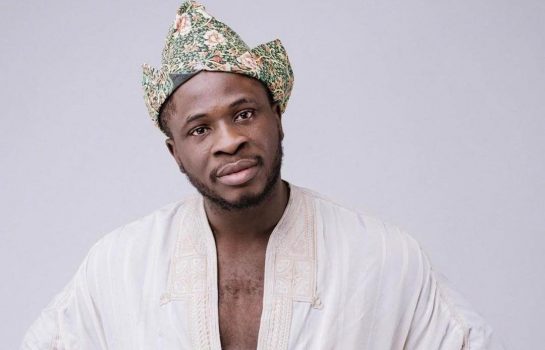 Despite the rich history of Nigerian comedy, which featured acts like Ali Baba, I Go Dye, Basketmouth, AY, Teju Babyface, Jagua, and Gbenga Adeboye, it comes as a shock that such a vibrant industry still struggles to put Nigeria on the map, despite the global growth of other art forms like music and writing…

In recent times, Nigerian music artists have enjoyed an international recognition that surpassed that of their predecessors. Tems, an alternative Nigerian singer, made history at the 2022 BET Awards by becoming the first female Nigerian artiste to win the revered Best International Act award. In the same vein, Burna Boy’s Twice As Tall album won the Best Global Music Album award at the 63rd Grammys. Ckay’s “Love Nwantiti” was certified gold in the United States. However, despite the massive appreciation of Afrobeats, a sound pioneered by Nigerian musicians, in the global scene, the Nigerian comedy industry has fallen short of this recognition, with the country’s top comic artists barely known beyond national borders.

Josh2funny, a Nigerian content creator and comedian, scratched the surface of a global market in COVID-ridden 2020, when he spear-headed the viral #DontLeaveMe  challenge. This challenge involved a series of puns and wordplays, with a hype-man — usually not shown — echoing the words “Don’t leave me” at the end of each line. Unfortunately, despite Josh2funny’s evident brilliance and unparalleled ability to make people laugh, this international recognition disappeared almost as quickly as it appeared.

Similarly, Basketmouth, a respected comedian in the Nigeria comic scene has had his fair share of international recognition. In 2013, he appeared as a host of Live at Parker’s, due to a collaboration he had with Comedy Central. But that was just as far as it went. Interestingly, he has also had a number of successful stand-up shows abroad, but this still fails to put him in meaningful conversations surrounding comedy in the global scene.

Despite the rich history of Nigerian comedy, which featured acts like Ali Baba, I Go Dye, Basketmouth, AY, Teju Babyface, Jagua, and Gbenga Adeboye, it comes as a shock that such a vibrant industry still struggles to put Nigeria on the map, despite the global growth of other art forms like music and writing.

Nigeria’s comedy history can be traced back to the popular Mazi Mperempe programme of the 70s and 80s, a radio programme which aired on Radio Nigeria, and was characterised by 30 minutes of rib-cracking jokes. However, stand-up comedy will begin to take the front seat in the 90s, when Atunyota Alleluya Akpobome, more popularly known as Ali Baba, a graduate of then Bendel State University, decided to make a career out of comedy. This is not to say that stand-up comedians didn’t exist before him. There were notable names such as John Chukwu and Jude Away Away; but the negative perception of comedy at the time easily shrouded these men in obscurity. Ali Baba pioneered the need for a structure in the comedy industry, coining the catch phrase: “Being funny is serious business.”

Despite the efforts of Ali Baba and subsequent contributions of Basketmouth, the Nigerian comedy industry has failed to build a structure — in both local and international spaces — hence forcing other art forms and the eventual audience to treat it with levity. This is particularly evident in the lack of strictly comedy awards in Africa. The highest award available to Nigerian comic artists is the Africa Magic Viewers’ Choice Awards, an award whose focus primarily revolves around acting and filmmaking. In contrast, the United States comedy industry has the ECNY Awards, the prestigious Mark Twain Prize for American Humor, and a Grammy Award category for Best Comedy Album.

It is important that we explore the effects of the saturated Instagram skits market, which is heavily populated with viral Internet sensations, who rise and drop to prominence in the blink of an eye. Most of these successful comic acts eventually segue to becoming online influencers, usually after the virality of their craft becomes inexistent. Many of these comics don’t view comedy skits as an art, but rather an escape from unemployment, or other personal factors. This not only puts this creative form in the danger of extinction — for the lack of a better word — but also relegates it to the background, while Nigerian artists in other creative industries reach global recognition. Despite the grim reality of this situation, solutions are not entirely beyond the horizon. To reach the same level of international comic acts, Nigerian comedians have to do the same things these artists have done.

Nigerian comedians need to familiarise themselves with the concept of comedy albums. The content of comedy albums — fortunately — is entirely dependent on the comedian; it could be a collection of comedy skits, funny songs, spoken word, and live recordings of a stand-up show. Even though there are a number of Nigerian comedy CDs to be found in Idumota and Ojo, two locations which reflected highly successful Nigerian VCD era, there is a lack of proof to show that these CDs were actually commissioned by the comedians, or they were simply pirated copies of stand-up shows that aired on TV. Comedy albums will not only give a starting structure to the industry; its presence on major streaming platforms will immediately expose these comedians to an international audience. A typical example is Gbenga Adeboye, a Nigerian comedian whose comedy albums — despite his delivery being in Yoruba — reached a global stage in the 80s to 90s.

The lack of comedy albums also makes it difficult to study the works of Nigerian comedians, particularly due to the fact that their works — mostly stand-ups — are scattered across several platforms. The concept of an album will not only herald the inclusion of Nigerian comedians in international awards, but will also represent a milestone in the construction of a strong comedy structure in Nigeria.

In early 2022, OG Tega, the other half of the Craze Clown comic duo, mentioned the need for international collaborations. OG Tega recounts that he was able to headline an international performance in the US, after joining the renowned Foxy P’s African Princes of Comedy tour. In retrospect, this collaborative nature of Foxy P’s annual comedy tour has resulted in an upward trajectory of international growth for African comedians, such as Clifford Nwosu, a Ghanaian comedian who has appeared on Good Morning America, BuzzFeed, and the BET.

Nigerian comedians should also make an effort to distribute their stand-up shows to international distribution companies like Netflix. Fortunately, this comes at a time when Netflix is particularly interested in African movies and acts, offering comedians an opportunity to push their art to a wider and global audience. Nigerian comedians like Seyi Brown and Kenny Blaq both have specials on Netflix, offering them an edge over other comedians in the country.

However, it would be unfair to undermine the efforts of African comedians in the global space. With comedians like Michael Blackson, Trevor Noah, Loyiso Gola, Kenny Blaq, and Eddie Kadi at the top of the comedy chain, it is impossible to ignore the trends these acts will set in the coming years; we can only hope more Nigerian comedians become a part of this global acceptance.