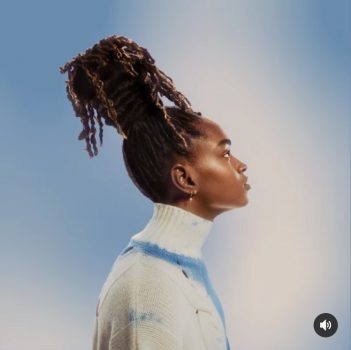 Gifted is a befitting title for this album and also for the artiste, Koffee herself. It is a true reflection and portrayal of the abundance of talent she carries within, and also a blueprint for future artistes to come…

Something else rivals Jamaica’s famous jerk chicken dish these days, and this time it’s not Usain Bolt; it’s the young, super-talented Jamaican Reggae songstress, Koffee. Christened, Mikayla Victoria Simpson, Koffee was born and raised in Spanish Town, Jamaica. The 22-year-old is a complete model-professional when it comes to studio recordings and stage craftsmanship. Her unique and complex signature flows validated by her vocal and lyrical dexterity have aided her quick ascension in the Jamaican music industry and also in the Reggae world.

In the early 2000s, Jamaica’s dancehall artiste, Sean Paul, dominated the global music scene with his captivating and electrifying tongue twisting and chanting technique which immediately attracted many fans who had never quite heard Reggae done in that way before. Also, in the mid-2000s, Jamaica’s Beenie-Man emerged and rocked the spaces as well with his aggressive and passionate vocal delivery and raps that drew many Pop and R&B artistes to collaborate with him, most notably Janet Jackson. Fast forward to 2022, the mantle has now been passed on to the young Gen Z artiste, Koffee, to lead the charge.

The “Pull Up” crooner is currently on a godly wave doing Jamaica and the entire Carribean Islands proud by flying the Reggae flags high for the whole world to see. Koffee demonstrates both maturity and wisdom far beyond her years in both her lyrics, charisma and her demeanour. She possesses outstanding work ethic and professionalism, making her a true embodiment of the old expression, “young body, old soul.”

After successful releases of various hit singles and EPs over the years, the tenacious vocalist finally decides it’s time for her debut album to be released.

A debut album is not just any ordinary album, and shouldn’t be treated as such. It is a thorough compilation and arrangement of recorded statement of intents, detailing experiences, challenges and ambitions of the artiste; basically all the stuff the artiste is made of and the potential they carry in them. This album will later be referenced throughout the entire course of the artiste’s career, and also long after they’re gone.

One of two things could happen when an artiste finally decides to drop their debut album. One, if the album is a good one, it could catapult them into unprecedented levels of fame and fortune, which could ultimately signal the beginning of a brand that could last for many years to come. Two, it could send the artiste back to performing at local pubs or bars where, afterwards, they eventually vanish like a puff of smoke, into thin air. Fortunately for Koffee, the latter will not be happening.

Every artiste must first earn their stripes, and prove their salt with a great debut album in order to earn the respect of the listeners or potential fans. It is almost a prerequisite of some sort, a yardstick for measuring the capacity of the artiste, and how talented and hard-working they are. Artistes such as Jay Z, 50 Cent, Wizkid, Lauryn Hill, and many more, all introduced themselves to the industry with great debut albums.

Gifted is a befitting title for this album and also for the artiste, Koffee herself. It is a true reflection and portrayal of the abundance of talent she carries within, and also a blueprint for future artistes to come. This Reggae LP borrows musical elements and inspiration from various genres like hip-hop, R&B, Soul and Pop.

Reggae music originated from Jamaica, the birthplace of some of the world’s most iconic global superstars:  Bob Marley, Peter Tosh, Bunny Wailer, Jimmy Cliff, Sean Paul and a host of others. The genre has continued to evolve and take on multiple forms over the years. As new generations of artistes emerge, they are infusing a smooth blend of both Hip-Hop, Pop, R&B and Soul into it.

If you’re going to sample a classic on your record, better make sure it’s done the right way. Koffee did this beautifully on the nostalgia-laden first track, “X10.” She introduces the track superbly with a sampling of Bob Marley’s “Redemption Song.” The iconic lead guitar played, and it was accompanied by Marley’s voice echoing the famous line “Ol’ pirate” briefly, while other lines in the song subsequently played in the background, every time it got to the hook. Koffee takes time out to appreciate God on this song, looking back at how far she has come.  She also appreciates her mother for the love and support she showed her. “I’m glad I woke up today just as I woke. I say ayyy couple props for my family, my friends ayyy thank you Father for blessing me x10,” Koffee sings on the hook. With merely an acoustic guitar and drums, there is scarce instrumentation on X10, yet it is very rich in melody and lyricism.

Koffee disclosed on her Instagram page that she fell in love with Reggae music, especially modern Reggae, at the age of 14. “Defend” is a personal favourite of mine, and although it was perhaps too brief, it’s a track, it was powerful-rendered.  The “Toast” crooner rants briefly about the state of the economy and the poor living conditions in Jamaica. This fusion of Hip-hop and emo- vibes really got me going. Koffee teased listeners with a glimpse of what modern Reggae sounds like, and I could only wish it was extended a bit longer so that fans could enjoy.

Song selection and arrangement plays a key role in making an album a great one. This separates the album from being just an ordinary playlist to a no skip classic. This skill is inherent in the expert A&Rs and label executives with good ear for excellent music.

“Shine” is a mash of trap music alongside a strumming of acoustic guitar. The only thing missing was perhaps a Lil baby verse.

In “Gifted,” Koffee decides to switch up the tempo. This is definitely a song you want in your car blasting through your sound system. It could definitely lift your spirits when you’re down or perhaps stuck in the stressful Lagos traffic. “Killing them boumaye, all these blessings ah come my way, pray to the Father say Kumbaye,” Koffee raps. This track is one of self-affirmation. You’re gifted, and you got this! 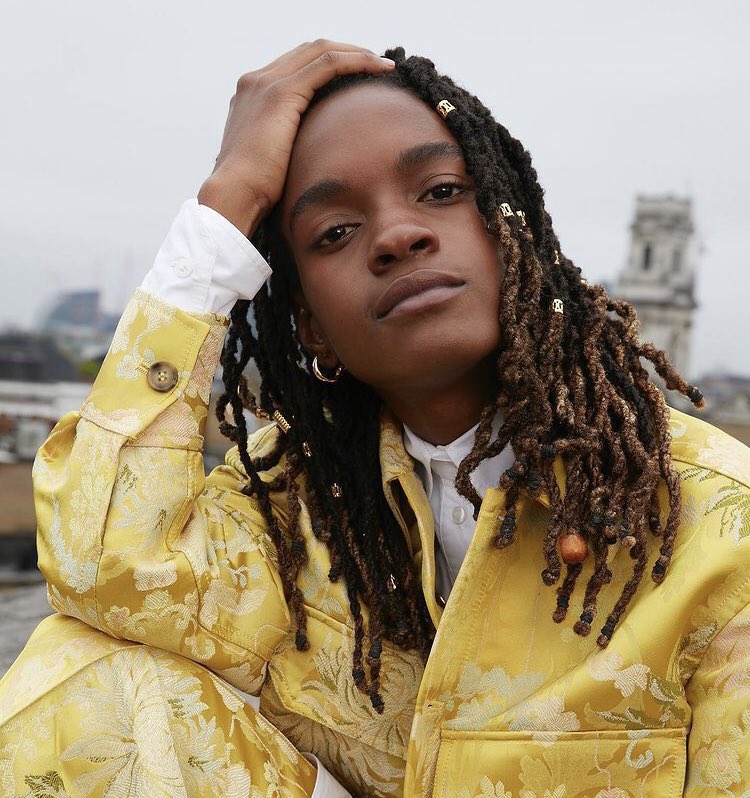 “Lonely” is for the traditional Reggae lovers and fans, the core fanatics who love their Reggae unadulterated. Koffee decides to bless them with this One-Drop rhythm. It is a testament of her depth and profound versatility when it comes to serving a variety of sounds. It is a feel-good track for all the hopeless romantics out there. The Jamaican singer talks about the doubts and lack of self-love, the feeling of inadequacy some people have.

I cannot emphasise enough the importance of having the instinct of selecting the right beats; that in itself is a talent on its own. The sixth track, “Run Away” is another certified club banger. Koffee once again demonstrates that she can switch up the flows whenever required. She does this again to full effect on this record. “They know from whence I came, we don’t play dumb,” Koffee assertively raps. Koffee brags about her resilience and drive on Where I’m From.” She talks about her roots. The lovely sampling of female vocals in the background added spice to the song, and complements Koffee’s energetic flows. Again, this sampling method is mostly used in Hip-Hop, R&B and occasionally Pop songs. It’s great to see that it could also work beautifully on a Reggae record. Kudos to Koffee and her producer for deciding to experiment with it.

Again, it doesn’t matter whether or not you’re a Reggae fan. This is not just your average or typical “Reggae album.” This is compelling music. On “West Indies,” Koffee takes listeners on an imaginary journey down to the West Indies. The production of the song is simply amazing. The blend of the idiophone and xylophone playing in the background was very pleasing to the ears. The Jamaican singer laced the verses and the hook perfectly, intermittently allowing the beat breathe. “If you know me, I’m having the time of my life. Don’t you slow me down,” Koffee sings on the hook.

When I first heard Pull Up,” I immediately loved it, because it wasn’t like anything she had done before. My immediate reaction was that this was a hit. This sweet fusion of afrobeats and Reggae worked like magic. British-Ghanaian producer, Jae5 did absolute justice to the beat. Koffee was so relaxed on this beat that she kept going bar after bar. The highlight of the song for me was the saxophone that started playing in the background after the 1:52 seconds runtime. This is what great producers are made of: the intuition to be able to decide what instruments will work best on a particular bar. 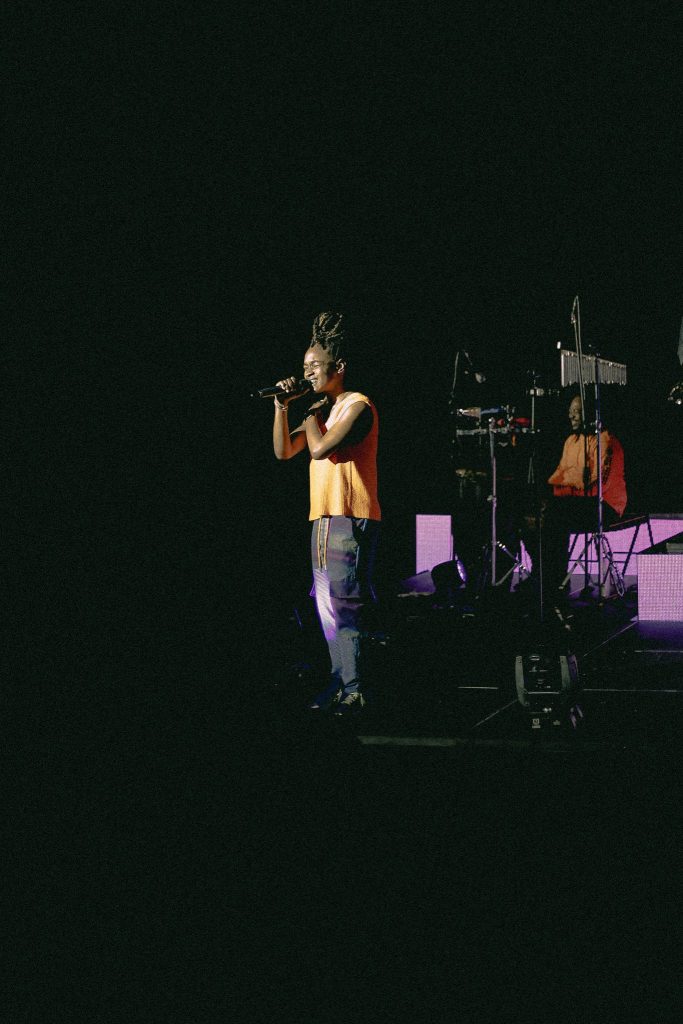 On the tenth track, “Lockdown,” Koffee finally winds down the curtains with yet another blazing track. The inspiration for “Lockdown” obviously came from the COVID-19 pandemic era, a period of uncertainty for everyone where social distancing and quarantine kept families and loved ones apart. Koffee sings about wanting to “get down” with her lover when all the drama and negative energy is over so they could both put each other on lockdown. “Baby are you feeling me? cos I’m feeling you, immah pull up in ah fast car,” Koffee fades out singing these words.

“Gifted” has everything. From the superb mixing and mastering work done, to the fantastic song ordering. Koffee is a walking music incubator oozing nothing but raw talent. This album is an absolute masterpiece.