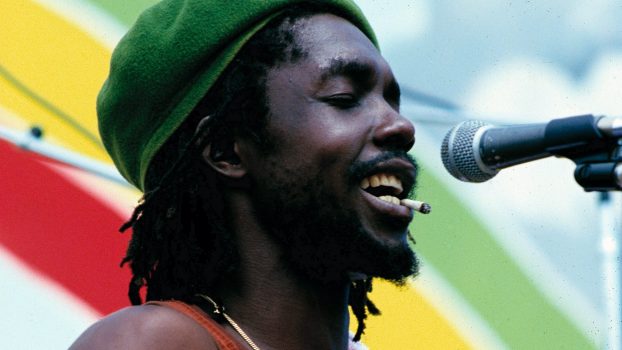 WHY PETER TOSH, NOT BOB MARLEY, SHOULD BE REGARDED AS JAMAICA’S GREATEST EVER MUSICAL EXPORT

In February 2001, my mother was interred. By the fourth quarter of the year, I had gone off to boarding school and my brother was entering the university, so my father was very lonely. During the holidays, I would accompany him to his place of work. We still lived in Warri at the time, but my father’s office was about thirty kilometres from Asaba, so we would travel on Monday morning and return on Friday afternoon.

Amidst bumpy roads and money-grabbing FRSC officers, music made the journey more bearable. There were many audio cassettes in the pigeon hole of my father’s Peugeot 405, reggae music distracted him from the pain of his wife’s demise, and there was this interesting sense of timing that accompanied the tape containing Peter Tosh’s album: we were closing in on Agbor if “Stepping Razor” was playing, and if “Jah Guide” was blaring out of the speakers, we had probably reached Akwukwu-Igbo.

Peter Tosh was not just the better instrumentalist compared to Bob Marley, he was also the better writer. “Get Up, Stand Up”, one of Marley’s biggest hits, was written by Tosh. The difference is that Marley was more popular & “accessible” with his music. Tosh was too radical, too “rigid”.

Bob Marley would sing “Buffalo Soldier” and still have room for softer tunes like “Stir It Up”, “Jamming” and “One Love” in his discography. Peter Tosh was more militant, with songs like “Apartheid”, “Equal Rights”, “400 Years” and “I Am That I Am” defining the political undertone of his music.

The difference in ideology reflected in public interactions too: Marley would be called to play at global events, while Tosh would get beaten and tortured for daring to speak against the Jamaican government. If Marley was MLK Jr, then Tosh was Malcolm X.

Another reason why Peter Tosh, though acclaimed by peers, was not as loved as Marley may have been his religious leanings. He befriended African witchdoctors, & many suggested that he used voodoo. There are also suggestions that he may have been jealous of Marley’s success. It was rumoured that when he heard of the latter’s passing from lung cancer in 1981, he made a remark along the lines of “now the rest of us can get the chance to make money too.”

Furthermore, key players in the reggae scene asserted that Tosh was difficult to work with, refusing to travel for shows outside Jamaica, and smoking too much cannabis. Reports that surfaced at the time, and interviews with acquaintances, also hinted at his involvement in international smuggling.

Controversy aside, it is difficult to fault Peter Tosh’s musicianship. It’s easy to forget how much of a great guitarist he was: he picked up the skill in one day after simply watching a man in his neighbourhood play from morning till evening. The riffs on “Stepping Razor” & “Downpressor Man” are on the level of Jimi Hendrix.

Like Michael Jackson to Prince, Bob Marley was the performer, but Tosh was the consummate artist. He deserves more credit, he earned his stars.