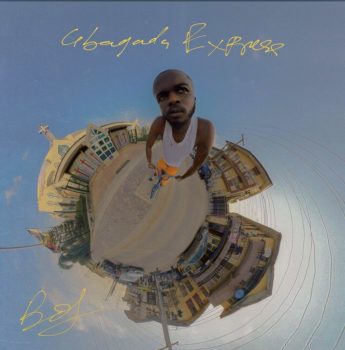 Gbagada Express is a blockbuster return of BOJ. For the fans, they have a whole meal to eat, and for the critics, BOJ just unveiled the new strata of his career…

For over ten years, BOJ has wooed fans with melodic tunes and forward-thinking music experimentation. He has evolved from pioneering the Alte movement in Nigeria to working with Afrobeats artistes to create songs that have continued to stand the test of time.
Five years after the release of his last solo studio album, Magic, London-born Bolaji Odojukan returns with a new full-length project tagged Gbagada Express.

Gbagada is a vantage point in Lagos State, Nigeria, located between the local governments of Kosofe and Shomolu. It is primarily a residential neighbourhood. Gbagada’s proximity to the Island makes it alluring for the residents.

While he was born in London, BOJ spent his childhood between Lagos and London. He grew up in Gbagada. With this album title, BOJ pays homage to the neighbourhood that made him, with overflowing input from other creatives.

BOJ is one-third of the musical group, DRB Lasgidi. The group was an outlier in the Afrobeats movement as they deployed their arsenal toward the alternative sound. They made a hybrid of sounds: West African music with a dash of western sound to formulate a sound they christened the Alte. BOJ was a prominent figure in this initiative. Beyond the group, he spread his wings by releasing songs, and providing vocals to other people’s songs.

Between 2016 and 2018, BOJ was on the roster of HF music. In 2019, he signed a record label deal with Moves records.
BOJ utilised Gbagada Express as a cathartic process, fruitfully combining held-up emotions, conversations, and lessons to craft a never dull album even at its 42 minutes mark.

Fireboy and BOJ trade words over the place of money in a man’s life with BOJ playing on names like Frank Donga while Fireboy uses Otedola (Femi) as his muse on album opener “Owo Ni koko laid.”

“Tinu Ewe” pays homage to stimulants: Molly and herbs come top of the list. Opening with a breezy production, BOJ’s sonorous voice sways you into the right mood for the party.

The BNXN-engineered “Lekki Love” is a soft and alluring take on Island romance marinated in a one-night stand tryst. BOJ walks through with his macho-esque lyrics.

While joint Grammy winner, Wizkid, delivers a belated verse on “Awolowo,” “Confam” is a message of hope, an unequivocal submission to a lover with all the necessary adjectives. It seemed Pretty Boy D-O had a better grasp of the song than BOJ.

“Get Out” harks drill-inspired sound with support from the Ghanaian artistes, Joey B and Kofi Jamar. “In a loop” is a love-inspired duet between a girl and her lover. Steeped in strings and soft drums, BOJ’s lush voice is seducing; the featured artist Moliy and Mellissa, were on fire on the song.

Teezee, one-half of DRB Lasgidi, delivers a skit at the album’s midpoint. It alludes to their history, being a father of the Alte scene, and what the future holds for them.

“Emotion” is a love ridden track. In it, BOJ let down his guard. “You are fucking with my emotion,” he says. The song needed a Pretty Boy D-O input, it was glaring.

The Enny-assisted track, “Culture,” is a copious tribute to Owambe, as well as the perseverance of Africans, with a particular bias toward Nigeria. Enny holds the ace for this song.

Victony continued his 2022 streak of success with “Unconsciously,” with his smokey vocals doing justice to BOJ’s cadence-like lyrics.

The previously-released “Money and Laughter,” makes a return on this album. The hook is a skilful exploration of Kas’ hit track “Fimile.”

London-based Obongjayar was in his element on “Action Boyz.” He fires in lyrics that trot themes like work, naysayers, etc.

Gbagada Express reinforces BOJ’s African heritage, and is a pointer to what to expect next. Tiwa Savage assisted in “Your Love,” ending the album.

Thematically, Gbagada Express is lean. BOJ contrives most of the song on love and romance. This remains the only minus on the album. In a journey, numerous people are always found. This can be accounted for by the vast number of collaborators on this album. BOJ masterfully links up with the right artistes to birth thirteen tracks while he sings alone on three. While BOJ’s music takes off from Lagos, he branches out to Ghana, the United Kingdom, and the United States for input from their superstars. 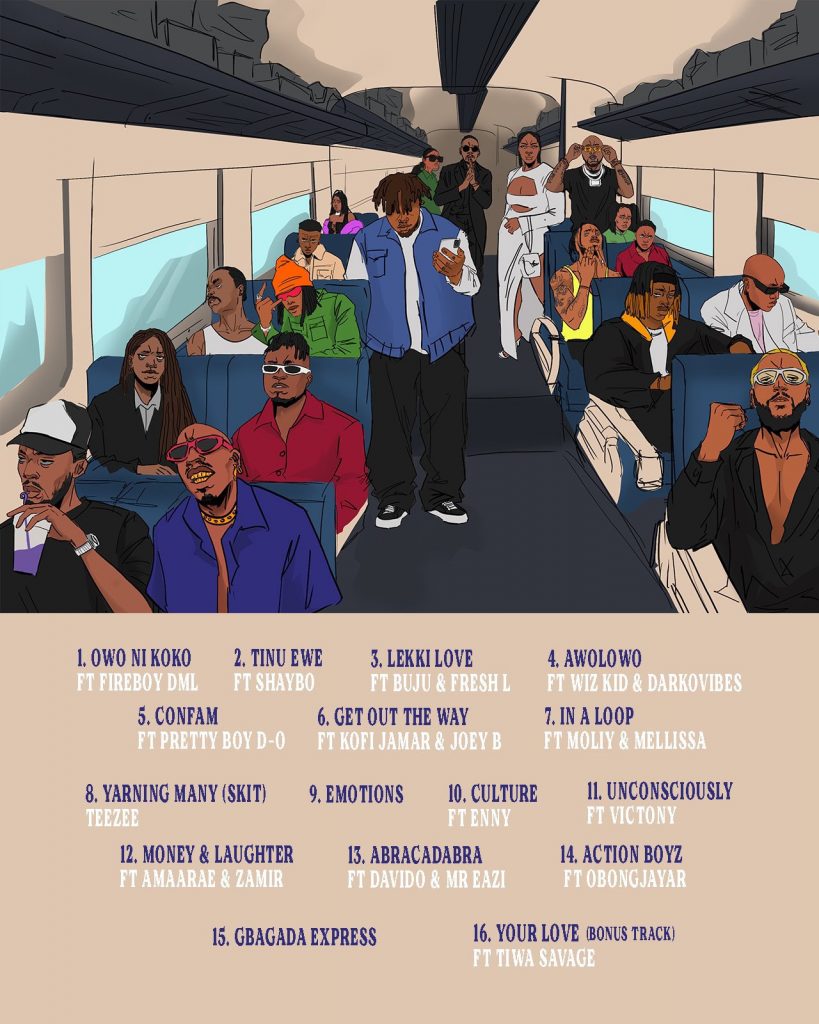 After the massive exploit of “Awolowo” in Ghana in 2019, the country has now become his second home. However, the United Kingdom has always been home to him, too (he relocated to Nigeria in 2015), and he was conscious of the drill sound and the ever-moving musical movement in the UK.

Gbagada Express is a blockbuster return of BOJ. For the fans, they have a whole meal to eat, and for the critics, BOJ just unveiled the new strata of his career.