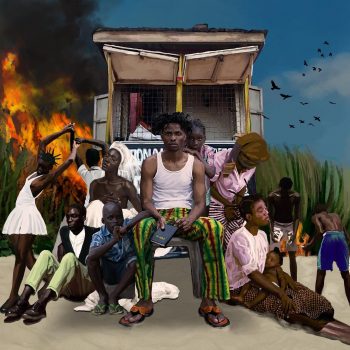 The pristine production, nicely-placed collaborators, and short span of songs make the lateness less noticeable. Kwesi Arthur took his time to curate a project that is more likely to be penciled for the album of the year list. It is that good…

Born in 1994, in Tema, Ghana, Kwesi Arthur has always been surrounded by music. His brother, Dayonthetrack, sang, too. While in church, Arthur also dabbled into music.

Like most millennials, playing football was Arthur’s dream, but music had the upper hand, especially after he graduated from Tema Senior High School in 2013. In 2015, he got a job at a local studio which allowed him to record some of his music, with support from the social media movement, “Ground Up Chale.” He released his debut single, “Grind Day” two years later. The drill-inspired, hustle-replenished themes served as a tribute to the perseverance and hard-working traits of Africans. “Grind Day” positioned Kwesi Arthur as a soon-to-be king of rap in Africa. He kept the energy at 100 as he struck up collaborations with the likes of Nasty C, Sarkodie, Stormzy, and so many more in the last five years.

While he held Africa by the jugular, Arthur spread his tentacles by shutting down shows in New York City, London, and other places. Still, his music retains the flavour he is known for: hard-hitting bars, epoch word play, and well-placed collaborations over a hip-hop/hiplife kind of beat.

Kwesi’s childhood was spent with his grandma who greatly influenced him in his solid Christian background. While he failed to switch to gospel music as advised by his grandmother and mother, he explored the genre on the last track on this album. For lovers of Arthur’s music, talking about God, blessing, and gratitude has been a dominant feature of his music. He wears it on his sleeve.

On Son of Jacob, Arthur tells his story, as well as shares that off his people. He spirals between Afrobeats, Hiplife, Drill, and Gospel. Unlike his four previous EPs, the topics on this album are broad. They crisscross around love, heartbreak, party, naysayers, gratitude, tribute, and so on.

From the colourful and artistic album cover, the chaos, and celebration which filled the album are noticeable. He holds a Bible, and his stoic demeanour exemplifies an extremely focused person. The pain, danger, and tribulations around had nothing on him.

Not to be caught in the sell-out conversation, Kwesi Arthur explores hip-hop on this album. The opener, “Drama,” is an in-your-face kind of rap, an acerbic attack on his haters. “They want to put me in a box,” Kwesi says, he brags about his accomplishment despite the impediments. Big Homie Flee ends the track with words that allude to the song’s theme.

Nigeria took three spots on this album with Nigerian singers, Teni Makanaki, Joeboy, and Adekunle Gold, flying the green white green flag. While Teni delivers vocals on the perky and party-themed “Celebrate,” Adekunle Gold comes up on the sad tale, “Toxic.” While it is obvious this was Adekunle Gold’s forte, Kwesi Arthur still comes through with his hard-hitting, emotionally-laden lines. On “Toxic,” they are both honest with their input toward the collapse of a relationship. It is glaring that the girl won’t let him go, but they know better; we are better apart than being together.

Being a rapper is beyond bragging and talking about girls. Sometimes, you give back to the society that made you by enunciating some of its unreported or underreported issues. In “Traumatized,” Kwesi talks about a thirteen-year-old girl who was sexually molested by her uncle. This is a delicate issue in society, and it is laudable seeing a rapper like Kwesi Arthur talking about it. “Silver Spoon” is a tribute to Kwesi’s grandma, and his childhood.

“Mind Over Body,” and “Animal” both explore Asopiano, a hybrid of Asokpor music (dance music in Ghana) and Amapiano, a viral deep house South Africa sub-genre. Both songs feature Dayonthetrack. They are party-themed songs imbued with sunny production alongside minimal lyrics. 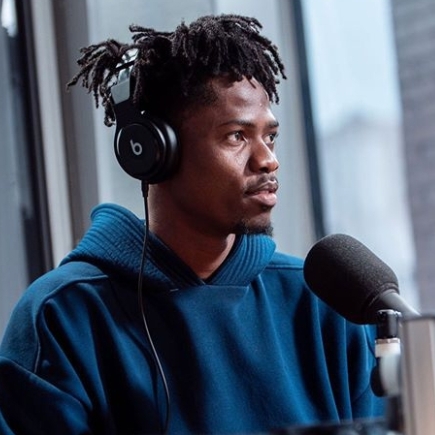 “No Regret,” and “Adom” end the project. The former is a message to the naysayers, industry players, and a summary of Arthur’s journey so far. He smartly crisscrosses topics while making sure the listeners never got lost. The latter is a soulful “thank you” message to God. It is a song that could make his deceased grandmother beam with a smile. At the end of the song, listeners deduce Kwesi Arthur is not different from the mainstream gospel artiste.

Son of Jacob might be late; however, at the end of the 43-minutes spin, you would be glad you have it now. The pristine production, nicely-placed collaborators, and short span of songs make the lateness less noticeable. Kwesi Arthur took his time to curate a project that is more likely to be penciled for the album of the year list. It is that good.