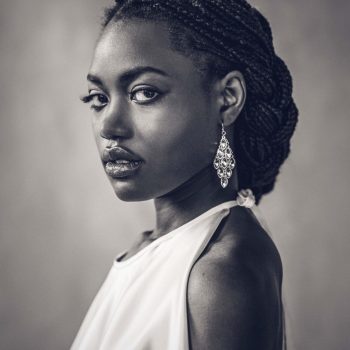 Chinonso Ihekire: Hello. It’s nice to connect. How did you get into music?

Amanie Illfated: Pleasure to connect! When I was 4 years old, I saw Celine Dion on TV while my siblings and I were playing lava in the living room. As soon as I saw her, I stopped and decided that whatever she was doing was what I wanted to do for the rest of my life. Afterwards, I spent a lot of time learning to write music, play the piano and produce. It wasn’t until I moved to Toronto, Canada that I got a chance to go to a school with a recording studio. I spent as much time as possible in music class putting together demos and booking my own shows. I shot with a photographer for my album cover and posted it online. Suddenly, many photographers requested to work with me. It created a big buzz which I directed to my music. From there, I started booking shows and getting known locally.

CI: How was life like growing up in South Sudan? And how does that colour your discography?

AI: My family left what is now known as South Sudan when I was about 2 years old, and we stayed in a refugee camp in Uganda until I was 3 years old. We came as refugees to Regina, Canada where I grew up. It was definitely a complicated experience growing up in a whole different country, and my parents expected us to maintain all of the African cultural customs. I wound up growing up with a lot of duality when it came to how to behave and what to do, which really made things tough. But having that duality allowed for me to experience two really amazing cultures that have influenced my music, my outlook on life, and my style.

CI: Tell us about your background in Canada. What were the kind of influences you picked up there in music?

AI: Growing up in Canada with African parents was quite the experience. Learning to balance cultural traditions while adapting a whole new culture was difficult at times. We experienced a lot of racism from everywhere – church, school, neighbourhood, shopping centres. At some point, I would be the only black kid in class or even in school. I spent a lot of time alone because of this, which allowed for me to really focus on my musical dreams and learning new things. What I loved about it all was listening to a wide variety of music. At home, we were listening to Yondo Sister, Kanda Bongo Man, Yvonne Chaka Chaka, and Koffi Olomide and then outside of the house we were listening to Celine Dion, Britney Spears, Whitney Houston and Tina Turner. Through school and church, we got to see indigenous performances, operas, and live rock concerts. All of that influenced my music. 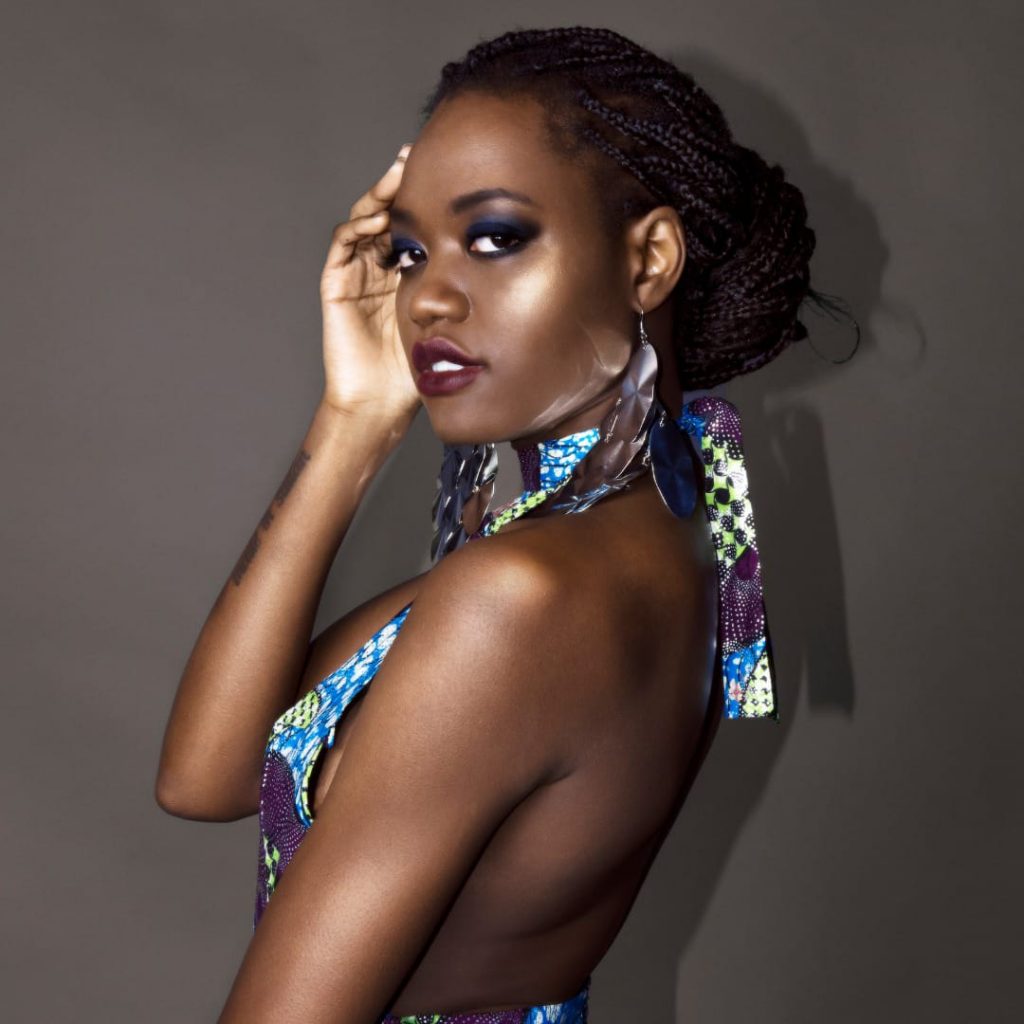 CI: You have a very socio-impactful discography. What motivates you towards the messages you pass in your melodies?

AI: The thing that really pulled me into music was how songs and sounds seemed to resonate with the feelings that I had. When we first arrived in Canada, I didn’t speak English, so it was hard to express to other people what I was feeling, and my parents really didn’t care about what I was feeling (a cultural thing), so music became that outlet for me to express my feelings and the things that I experienced. After discovering artists like M.I.A., and Santigold who shared similar backgrounds and experiences, I started to feel more liberated with my writing and wanted to incorporate a lot of the real-world situations that people face daily, as well as to tell my own story.

CI: Your style is principally RnB. Why are you drawn to it?

AI: I never really stick to a single genre, but R&B is a common theme for me. I think it may be from listening to a lot of Whitney Houston, Yvonne Chaka Chaka, and Tina Turner.

CI: What’s your creative process like, from finding your muse, to finishing a record?

AI: For me, everything typically starts with a vision or a feeling. Ideas can strike me at any point – in the shower, on a plane, in the middle of a meeting. If possible, I put the sound down on the piano or hum the melody out on the recorder on my phone. Then I’ll produce the track in a DAW and send it off to another producer to polish while I write the lyrics and melodies.

CI: Who are your major music idols?

AI: M.I.A. is my top musical idol. Totally love her!

CI: Who amongst your generation would you like to work with?

CI: Tell us about your debut album, Saturn. What inspired that particular one?

AI: Saturn started off with a vision one day. I literally just saw the planet Saturn when I closed my eyes and just knew that I had to make an album for it. The planet is so beautiful on the outside, but it contains a lot of turmoil on the inside, and that is what inspired the entire album.

CI: How has the reception been like for you?

AI: The reception has been a lot more than what I had expected! It humbles me each time someone tells me their favourite song on the album or which song helped them through a difficult time.

CI: Have you ever had any regrets with the music?

AI: I try my best not to think about regrets!

CI: Apart from the music, you are also into social development, via outreaches. Tell us more about that.

AI; Being a refugee child and knowing that the country I come from is still developing after years of war, I wanted to be able to give back. I partnered with Sudan Warchild in South Sudan on an initiative to put children in school. We managed to put five kids from a refugee camp into school in Kampala. I got so many opportunities here in Canada including rights, freedoms and education, all of which allowed for me to do more things, so being able to do that for other children is an honour for me to be able to do. We do have a GoFundMe as well for the children. 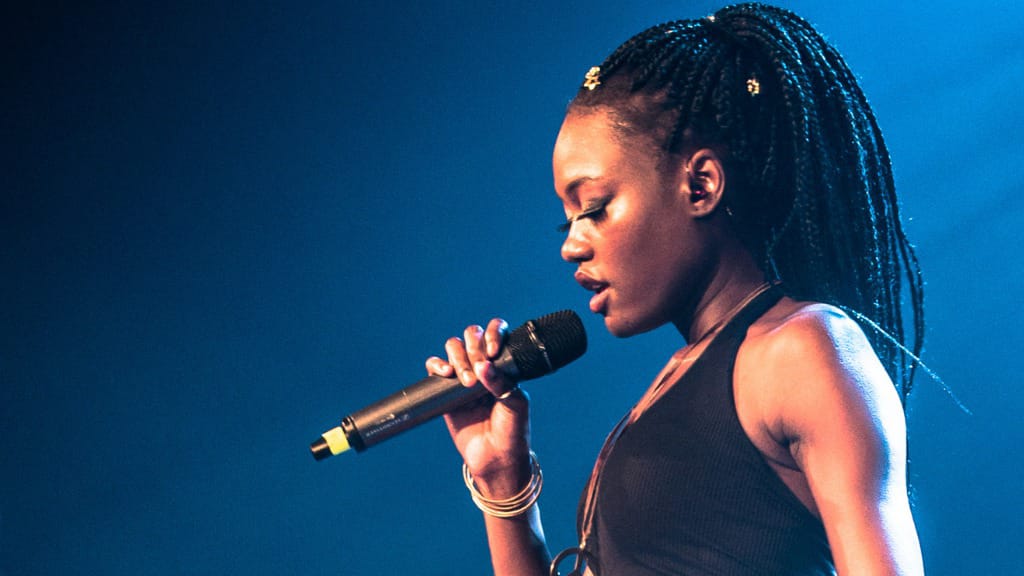 CI: What is your vision for your brand?

AI: Empowerment, Inspiration and Fun. I always want people to hear my music or see my performances and feel like they can go and accomplish the ideas they had in their minds.

CI: Finally, tell us about yourself a bit. What are your hobbies?

AI: Aside from music, I’m a bit of a nerd! I love reading and listening to lectures about biology, history, economics and linguistics. I also enjoy writing novels.

CI: What informs your fashion style?

AI: My friends. If it weren’t for them, I’d be wearing the same drabby clothes every day!

CI: What are your most memorable moments as a musician, so far?

AI: Aside from winning Best R&B Artist of the Year at South Sudan Music Awards, I would say it’s getting messages from fans around the world.

I write with both hands.