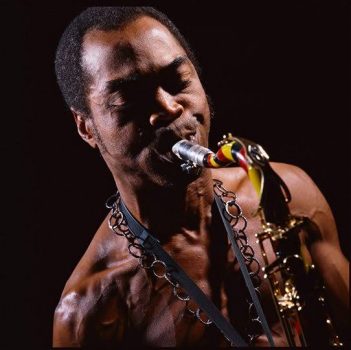 Billboard’s US Afrobeats Chart: Is There Anything to Be Thankful For?

It was glaring that the West had started to take interest in African music way back before Beyonce ever met Wizkid. However, trust the West to control that narrative and pin it on some of the most commercially successful collaborations, and only the ones that fully credit an American author…

Normally, this is meant to be an appreciation post. But, sometimes, thanksgiving reminds you that you have less to be grateful for.

Tomorrow, 29th of March, 2022, one of the most significant music recognition platforms, Billboard, which is owned by the US-based Billboard Magazine, will launch the US Afrobeats chart, rewarding music inspired by African culture, but made by African Americans and being circulated in the US.

The newest addition to the @billboardcharts is U.S. Afrobeats Songs, in partnership with @afronation. 🎉 https://t.co/2KUxdL6xHZ

And while this is a big step in the global growth of the African music scene, it still draws indicators on the identity crisis, post-colonial Stockholm syndrome, and the subservient mindset shared by a majority of Africans. If you take a close look at who we are as Africans, you would realise that we are the El Dorado of music itself.

When Billboard announced that it was starting its US Afrobeats chart, it raised no surprises really. African music had already started gaining global recognition with increasing momentum. The sound style had already been penetrating existing Billboard charts, as well as other notable charts, and getting multiple platinum certifications by the Recording Institute Association of America (RIAA). With mega-hits like Ckay’s “Love Nwantiti (Ah Ah Ah)” as well as Wizkid’s “Essence,” dominating all the notable charts, and breaking records including the Most Shazamed song in the world, among others, it was evident to all that ‘Afrobeats’ is the sound of the future. And it had been a long time coming. 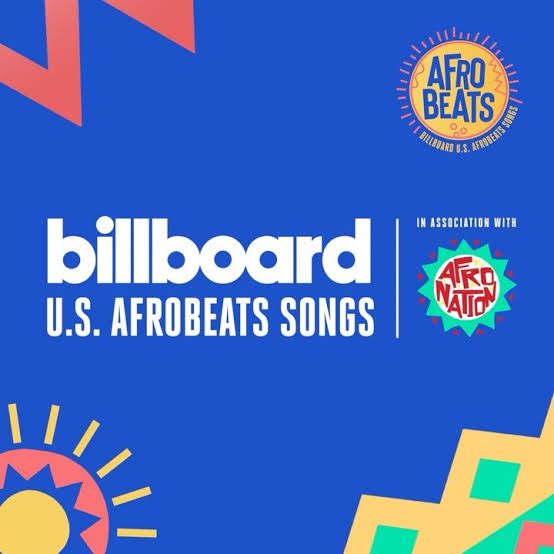 While many saw the Billboard US Afrobeats chart as a no-brainer, or basically any other major type of recognition, really, the other half of the gist is that Billboard is also basically crowning Beyonce and Drake as the midwives who birthed the global growth of Afrobeats. While this egoistic commentary reflects the classism and neo-imperialist attitude of Americans towards Africans, it also shows that Africans really do not toot their own horns but prefer to be paraded by the West. Africans deserve to own the narrative, and point out clearly how prior to Beyonce’s The Gift  album or Drake’s “One Dance,” and “Come Closer,” Africans had always collaborated with Americans, including African or Black Americans. From the 2010s, we had seen singers like Nneka tap mavericks like Nas, or Femi Kuti and Common or even D’banj and Kanye West. It was glaring that the West had started to take interest in African music way back before Beyonce ever met Wizkid. However, trust the West to control that narrative and pin it on some of the most commercially successful collaborations, and only the ones that fully credit an American author. Well, documentarists like Ayo Shonaiya  and Bankulli  are perhaps the last of the few custodians we have guarding the narrative.

As the Billboard Afrobeats songs launch, prep your mind to be outraged by the entries on there.

It isn't a Nigerian chart. It's a chart of songs that identify as 'Afrobeats,' inspired by our culture, but ultimately open to everyone else that makes 'Afrobeats' adjacent music.

So, while this narrative mishap has been pointed out, another thing this US Afrobeats chart spotlights is that Africans are suffering from an identity crisis. It is as if we look at our reflection and prefer to be seen in the eyes of the West. The moniker ‘Afrobeats’ (not to be confused with Afrobeat) continues to be a parent or umbrella genre, a sound style inspired by the culture of Africans and not an actual musical genre. So, this means that Jazz, Rumba, spirit music/Afro-fusion, or even Makossa will continue to be bundled together as ‘Afrobeats.’ And to think that the descriptor ‘Afrobeats’ was given by an African, British-based Ghanaian Disc Jockey, Abrantee, in 2011, significantly after the myriad of sound styles such as Afro Pop, Afro Fusion, and Afro RnB had already begun to make global waves. It is sad that with more global charts recognising ‘Afrobeats,’ most African genres would have to jostle for attention, giving only the most popular of the genres room to shine. It is a marriage of convenience for the West, who would rather not bother with the nomenclature of African music, and a drought of inclusiveness for other African genres, apart from the most popular ones.

The second thing to note, as more global hands applaud the US Afrobeats chart is that while it is becoming a bridge for African music to become more popular; it is also a stark reminder that Africans have next to zero self-recognition for themselves. The Billboard US Afrobeats chart which is in partnership with AfroNation will recognise the top 50 Afrobeats songs in the United States. The US had always had increased Internet penetration and adoption of digital streaming platforms; what it didn’t have was Wizkid, Fireboy or Ckay selling out shows in minutes. It makes marketing sense for Billboard to jump in on this trend, as it did with the K-pop 100 chart, in 2011, which recognised global smash hits like “Gagnam Style.” However, despite the fact that this recognition will make Wizkid more popular and visible to music lovers across America, it is important to state that this will secondarily affect the growth of African music, as it will expose African artistes who are able to penetrate the US market to more headline concerts in those spaces. And with major US-based record labels like Empire, Warner Music, Universal Records, and Sony Music backing some of Afrobeats’ finest singers, it is definitely a game of numbers for these music executives. The cash flow still rests primarily with the West, with a little left for the artistes (while tours and publishing royalties split differ from label to label, there is a consensus that the label makes more money than the artistes.)

Billboard is crediting Beyoncé as the artist that influenced afrobeats worldwide because of “The Gift” album?

Wiz, Davido, and Burnaboy did this for a decade!

Primarily, the US Afrobeat chart is a warning bell for Africans to start valuing and recognising all the minority charts that have been promoting its sounds for ages. All the charts by the HipTVs, Soundcitys and Trace TVs in the continent can be modelled to have the same authority and elegance as the Billboard. More indigenous charts should spring up. It is the same mentality bedevilling the Grammy-African affair. For most Africans musicians, winning a Grammy is a lifetime achievement, whereas there are continental and regional award platforms that they would not be caught dead attending or performing at. It is the way a man calls his name that he will be called by others; if not, he should manage whatever he is called. Africans need to call themselves by their names, and stop this endless ass-kissing of Western charts, awards and whatnot. Primarily, we can benefit more from indigenous charts, spotlighting more regional cross-overs of genres (for instance, why can’t I be crazed over a song by a Morrocan or South Sudanese singer? Or why can’t Egyptians fawn over a song by Victony?). There is power in unity. If we all unite and transport our sounds, Africans alone have the market population, the market vibrancy (our voracious appetite for music), as well as the endless supply of music. So, why can’t we raise our own billboards, announcing who we are and what we stand for? Why can’t we see the bigger picture?

So, yes, there is a lot to be grateful for. The recognition we will enjoy is not in any way irrelevant to our global growth. No matter how little (and it is not little. Music is a big deal in the US), there will always be some direct fringe benefits on these African music creators. Nonetheless, in counting our blessings, sometimes we are drawn to introspect on how dismal our efforts are in harnessing our potential for growth. Sometimes, it is not enough to give thanks.