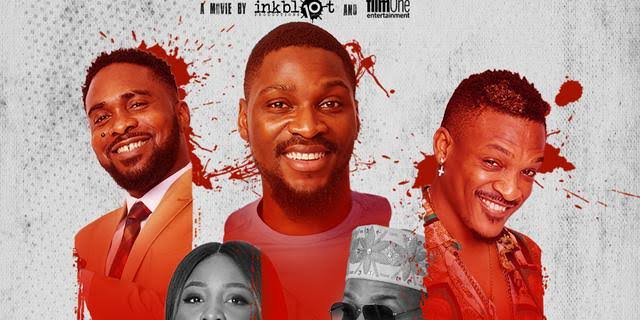 Gambo’s film is familiar but interesting. It’s didactic but not preachy or judgmental. And as a message picture, it takes its themes seriously, but not too seriously as to forget to be entertaining…

Another Nollywood thriller about money rituals, Inkblot’s The Blood Covenant comes after Nigeria’s Federal Government blamed Nollywood for the country’s money ritual scourge. In fact, the film was announced barely two weeks after the Federal Government practically demanded that filmmakers stop portraying money rituals in films. Producer, Chinaza Onuzo (Superstar, The Set Up) who co-wrote the screenplay with Chiemeka Osuagwu, explained that the idea of the movie is to demonstrate how damaging money rituals can be. While his goal is no different from that of other filmmakers before him who have explored the same theme, The Blood Covenant is a glossier and more cinematic spin on the decades-long Nollywood go-to.

Directed by Fiyin Gambo (The Wait), the movie follows three childhood friends who, despite having promising futures as children, have grown into late-twenties adult men struggling both financially and professionally. Eddy (Tobi Bakre) is the minimalist, level-headed friend who works in real estate and serves as the voice of reason among the trio. Osiano (Shawn Faqua) is the hot-headed friend who is addicted to drugs, and works as a hacker. Jite (Uzor Arukwe) runs his wife’s father’s company and is both the balance — between the other two — and the wildcard. Just as everything is going sideways in their lives, they reunite with a former member of their group, Obi (Alexx Ekubo), who basically got rich overnight and left them behind. To make it up to them, he takes them to his home to hang out. But when things go south in Obi’s home, and an accidental killing apparently leads to professional and financial progress for the friends, they get entangled in a series of rituals to maintain their new lifestyles. 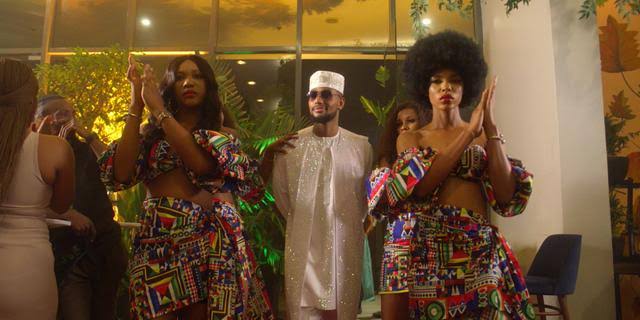 Of course, the concept of people doing the most horrid things in exchange for wealth and prestige is a story that has been told countless times and in countless ways. But if a topic remains relevant, so can the stories that explore the topic. Even though The Blood Covenant presents its message in a form that is glossier and less recognisable than the average Nollywood product on money rituals, it makes itself relatable with more sympathetic characters than most. In Gambo’s film, as it often is in real life, the fear of returning to poverty after having tasted wealth is more palpable than the fear of staying poor in the first place. By specifically portraying the friends as people who, despite being seriously broke, are ordinarily not desperate enough to engage in the kinds of activities that they ultimately find themselves getting involved in after they actually taste wealth, the movie removes the smokescreen between inherent good and evil that many other films tend to lean on. When, in the middle of the film, a particularly-motivated police inspector (played by Ufuoma McDermott) says to Eddy, “I’ve met young men like you. You all think you’re different. Like you would do nothing evil, but you will,” it rings painfully true. That warning manifests a number of times, with the screenplay nudging the characters further and further beyond the line they should never have crossed in the first place.

At the risk of over-flogging, let me emphasise that there’s really nothing new about the story in this film, not even the aspect of a good person getting into money rituals. Living in Bondage: Breaking Free did that with its lead character, and the 2019 film was an even more ambitious cinematic experience. The Blood Covenant is a simpler film than Living in Bondage. But it holds its own well enough. It could be that I’m impressed because I went into the film with low expectations. From the trailer, I got the impression that the film might be chaotic, doing too much and achieving too little. But watching the movie, I found it to be considerably well thought-out. The plot could have been tighter and the characters could have been better developed — the police inspector is underutilised, the priest’s motives are never fully clear, Jite’s wife’s involvement plays out in an unlikely manner, and the film’s women are little more than window dressing — but it progresses well, and with measured steps. The editing is not perfect, but I don’t think I have seen a better montage in New Nollywood than the one this movie uses to spell out the transformation in the lives of its central characters after their accidental ritual. The costumes, scenes and dialogue work together in establishing the characters. And even with all the attention paid to aesthetic appeal, the aesthetics never distract from the story.

And there is a lot of aesthetic appeal. The colour palette and the locations ensure a visual feast. The camera work contributes, too, so much so that the lower-class neighbourhood where Eddy and Osiano reside is shot so beautifully but without betraying the essence of that neighbourhood. Granted, the cinematography does not always capture the scenes efficiently, but there are occasionally interesting frames. In the third act, there’s an argument between Jite and Osiano. The framing in that scene is particularly effective, with the shot taken from an angle that asserts the dominance of Jite, the bigger and angrier party who starts playing a pivotal role from that very moment. But this scene is also where the film’s audio flaw is the most noticeable. Jite’s voice is so piercingly loud that it’s obvious a microphone is close to him, but Osiano is too far away from the microphone that you can barely hear his words. 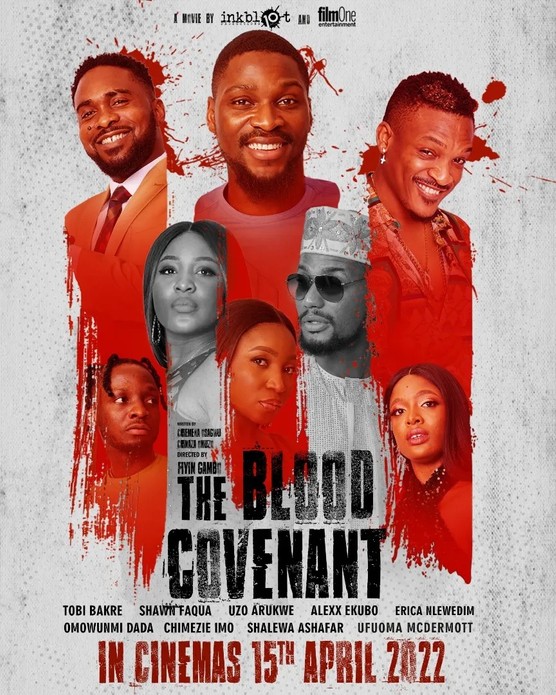 Perhaps, the best thing about The Blood Covenant is Bakre’s performance as Eddy. Bakre has never been more convincing in a role, effortlessly and with no excesses. Arukwe also puts in a strong shift, even if his demeanour in the third act is a little less convincing. Faqua doesn’t quite pull off Osiano the addict, but he renders a nicely-balanced portrayal of the character’s devil-may-care and do-it-afraid attitudes. Erica Nlewedim is decent enough to justify her casting, but having to share scenes with Arukwe makes it painfully obvious how hard she’s trying, and how overly expressive she is. Omowunmi Dada is wasted in this film.

Still, The Blood Covenant is a decent watch. Gambo’s film is familiar but interesting. It’s didactic but not preachy or judgmental. And as a message picture, it takes its themes seriously, but not too seriously as to forget to be entertaining.

(The Blood Covenant was initially released in April, 2022, and is now streaming on Prime Video here.)