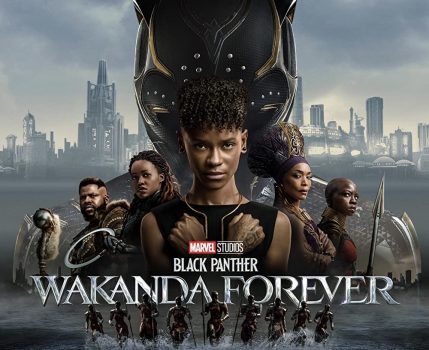 Black Panther: Wakanda Forever is notable for its free-flowing emotion rather than its superheroic origin. The script is beautifully patterned, not only to mourn losses but also to celebrate new triumphant phases…

Black Panther might be the greatest Marvel movie yet. The first part of the Marvel production was released in 2018. It is an American superhero movie based on a comic of the same name. Marvel has produced many comics and visual superhero works, but none like this. Black Panther does not take the same, conventional path as the other marvel works—that of an overlooked person who goes through the self-discovery phase and then lives a dual life. Black Panther is T’Challa, the king of Wakanda, and was played by the late Chadwick Boseman, who died in 2020 of colon cancer. The Black Panther holds an image of poise and confidence, not just as the sovereign ruler of the nation with access to vibranium but for their exciting representation of the black community. Also, as T’Challa, he was a son, a brother, a friend, and a noble king. Black Panther: Wakanda Forever features Danai Gurira, Winston Duke, Martin Freeman, Michaela Coel, Mabel Cadena, Florence Kasumba, among others.

The demise of Boseman shook the world. And the thoughtfulness in giving him on-screen honours goes a long way toward celebrating his contribution to the production. Returning director, Ryan Coogler, doesn’t try to fill the void the absence of T’Challa brought; rather, he curates a fictional burial of the legend that is both emotional and applaudable. That scene gave me closure, and I’m sure it did for many others. While every cast member’s potential is deeply tapped, the highlight of Black Panther: Wakanda Forever is Shuri, the princess of Wakanda.

Black Panther is an adventurous and daringly awesome work that displays raw emotions of love and rage. In Black Panther: Wakanda Forever, the Wakandan Nation faces threats from its adversaries, who make attempts to get hold of the vibranium—the mystical ore used in producing never-seen weapons and tech gadgets. Following the Americans’ exposure to the existence of vibranium, they make numerous attempts to get hold of the alien metal, but to no avail. They begin to launch attacks on Wakanda-owned facilities as well, drilling the oceans in search of vibranium. Unknown to them, their search in the oceans poses a threat to the underwater nation of Talokan City. The cerulean-skinned aquatic warrior race is led by a mutant god called Namor (Tenoch Huerta). Namor is given the name K’uk’ulkan (the feathered serpent) for his distinct body features—feathers on the ankles that let him fly so high in the sky, and a stretched helix. The character of Namor is conflicted—he is neither too good nor too bad. He is mortified by a childhood of loss and detestation of humans. However, this does not fuel his interest in destroying the “surface world” (as they preferred to refer to the humans on land). Namor first appears to the Queen and Princess as they sit by the water, mourning the loss of their king, T’Challa.

(Read also: Silverton Siege Review: Is This Movie about the Silverton Trio? Not Really)

The thought that another nation had access to raw vibranium did not sit well with the queen and princess, but it was not as disturbing as the threat of war from this unknown race, whose actions point back at Wakanda. The movie takes an unexpected turn when, on the Queen’s instruction, Nakia (Lupita Nyong’o) infiltrates Namor’s city while he is distracted by a call from Queen Ramonda. Namor decides to launch a war against Wakanda that almost wipes away their capital.

The outstanding performance from Angela Bassett, who played Queen Ramonda, will give you goosebumps. Not letting her bereavement affect her service to her people, the Queen took her stand against world leaders while constantly reminding them that “the Black Panther lives on.” An attack is launched on Wakanda, leaving Shuri with another loss to bear. Shuri, played by Letitia Wright, goes from being a cheerful, carefree youngster to an enraged young woman, fueled by pain and determined to avenge her tribe. The young scientist uses her brother’s DNA, with the help of Riri (Dominique Thorne), to duplicate the Panther gene. Her spirit travels after drinking the blend, where she meets her cousin Erik Killmonger (Michael B. Jordan). In this encounter, her motive is questioned, and she is on the fence about her choices. Killmonger says, “are you going to be noble like your brother or take care of business like me?”

The fascinating part of being a Black Panther fan is the impact it brings. The effect on viewers is immediate and long-lasting. In 2018, during the dystopian era of Trump’s tenure in America, at a time black lives felt most perilous, the need for a black superhero rose. Although fictional, the Black Panther‘s debut carried a charge and brought cultural triumph to those who agreed to see it in that light. The sequel continues in this light to portray nobility, strength, and the fearless ability of black nations to fight back and make a noble truce. Black Panther showcases that there is space for science in culture. Although in the wrong hands, science has been made a weapon of mass destruction, the preservation and conscientious use of science have brought to existence benefits beyond human imagination.

Black Panther: Wakanda Forever is notable for its free-flowing emotion rather than its superheroic origin. The script is beautifully patterned, not only to mourn losses but also to celebrate new triumphant phases. Coogler capitalises on the strongest emotions—love and rage—to create a blockbuster. Unfortunately, these emotional spurs are bogus. There is an unexplained emotional rollercoaster with many other logics left unsolved. There are war propositions, yet the animating principles—the American government, the Talokans, and the Wakandans—inducing them aren’t as persuasive as one would expect. The Americans in the flick are recognised as a global influence that will go to any length to maintain their number-one position; however, they appear humbled, and tread carefully, due to the fear of what the Wakandans can do with the alien metal in their possession. On the other hand, the Talokans have a distinct personality seen through their leader, Namor.

Their intentions are peaceful, but fear rises when their oceanic utopia is threatened by the power-hungry explorations of the Americans. Further rage is built when Nakia of Wakanda launches the first attack on a Talokan. After the Talokans attack, the Wakandans, now led by a furious Shuri, take the war to the oceans, and while it seemed like they had a plan, Shuri’s rage nearly cost her the entire army, who were outnumbered by the Talokans. The rage shared by both Shuri and Namor is that of unhealed pain from the loss of their loved ones. This is a common trope in superhero movies. The “hero” is not given closure, hence, the excuse for all the bad decisions they make is pain. Luckily, there is a twist to this intangible establishment that refrains from the Marvel pattern of scripting, as Shuri handles things way better than expected.

When viewers take a deeper look, they might notice that the character of Everest (Martin Freeman) is largely inconsequential. Although his character plays a few essential roles, most of his feature scenes feel like a total spin-off. His character could be taken away and won’t be missed at all. Also, Black Panther: Wakanda Forever is a bit longer than it needed to be. It is an emotionally-gripping film, and while it does the most considering the misfortune it faced, the movie plots seem a bit imbalanced with a constant attempt to justify rational actions using solely death as a character motivation. Similar to the first part in 2018, T’Chaka had to die for T’Challa to be pushed forward. Njoku’s death, too, was Killmonger’s motivation. This pattern is repeated with the death of Queen Ramonda being a motivation for Shuri’s character development.

Black Panther: Wakanda Forever is unique for its integration, without dilution, of the emotional strength of black women, be they sisters or mothers. Even with grief as the source of this strength, the women in Black Panther are relentless and do not let the world see them kneel.

I dare say this is the best Marvel work since Infinity War: Endgame. Although the costumes did look like they were curated-off of a hedgehog-themed video game, the visual elements do justice to the image Coogler pictured. Unfortunately, too, while the back story of Namor’s origin is well-drafted, we do not get a chance to absorb and enjoy the scenic view of the Talokan empire.

The Black Panther film never gets old. The movie does exceedingly well, and is worth the hype. There are no weak links, and every cast member delivers their roles excellently, no matter how small. The thematic execution is applaudable. The movie is informative, creative, and has good humour. Another beautiful highlight is the soundtrack feature of African artistes CKay, Burna Boy, Fireboy, Tems alongside Rihanna, who makes her first appearance in six years with a song for the film. Everything in Black Panther: Wakanda Forever works for me. From the burial in the first scene to the flashback display of Boseman’s beautiful on-screen moments in the prequel, the choices are so perfect they make you want to cry.

Well, there is a twist that many who are new to the Marvel style of post-credit scenes are likely to miss. It is an addition that opens the door for a possible continuation. Unfortunately, all we can do till then is guess and wait.

Blessing Chinwendu Nwankwo, a film critic, beautician, and accountant, currently writes from Lagos State, Nigeria. Feel free to drop your opinion in the comment section below. Connect with her on Twitter at @Glowup_by_Bee and on Instagram at @blackgirl_bee.