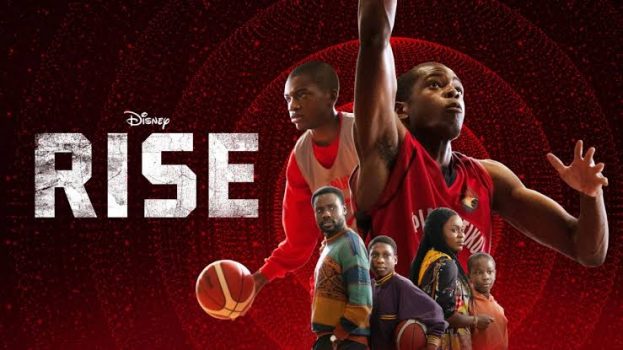 The special focus on family definitely pays off, making the film richer than an average sports drama, and properly capturing the distinct identity of Giannis, the basketball star whose story the film initially set off to tell…

Rise opens in 1990 Lagos, Nigeria, with a clip of a mother releasing her baby into the hands of an older woman just before the baby’s mother and father are driven off in a taxi. A slower version of Christy Essien-Igbokwe’s classic Yoruba song, “Seun Rere,” is playing in the background, and it steers us into the next scene where we see the baby’s parents hiding away in Istanbul, Turkey from where they will cross to Greece.

It’s a sequence that’s all too familiar to several people, particularly Nigerians, many of whom have either watched a friend or a family member relocate out of the country — legally or illegally — or been the friend or family member who left. But this particular story is that of a specific Nigerian immigrant family that went on to produce the first trio of brothers to become NBA champions in the history of the league.

A sports biopic from Walt Disney Studios, Rise follows the true story of the Antetokounmpo family (originally Adetokunbo) as they discover basketball — the sport that forever changes their lives. In search of a better life for their family, Charles Adetokunbo (a warm but intentional Dayo Okeniyi) and Veronica “Vera” Adetokunbo (a sincere Yetide Badaki) relocate out of Nigeria to make a home in Greece, making the hard choice to leave their first son, Francis (played as a grown-up by Anthony Abiola), in Nigeria in the care of his grandmother (Joke Silva). In Athens, Greece, Charles and Vera birth and raise four more sons as they struggle to make a living and obtain legal residency, while trying to keep their immigration status hidden. As the person who opens the door by getting drafted into the NBA first, Giannis leads the story, so much so that he’s the only one of the brothers whose birth is specifically shown. But the entire Adetokunbo family is as important to this remarkable story as Giannis or basketball is, and Rise never lets you forget it. This is as much a story about family as it is about sports. 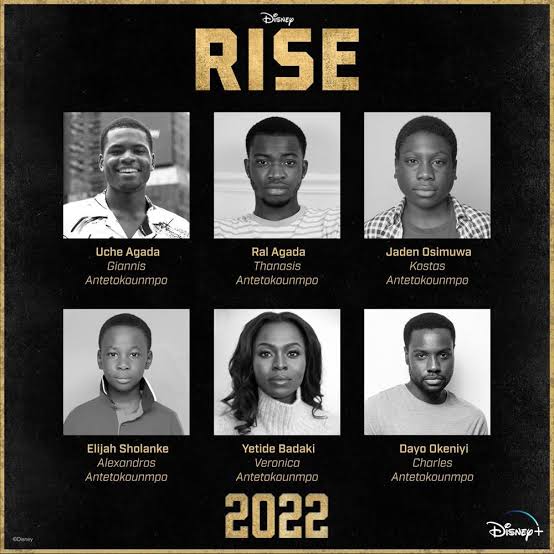 Directed by Nigerian filmmaker, Akin Omotoso (Vaya, The Ghost and the House of Truth), with Giannis Antetokounmpo himself serving as an executive producer, and all the living members of the Antetokounmpo family credited as consultants (even Francis Adetokunbo contributes to the soundtrack), the film pays special attention to the family’s close-knit relationship, their identity, and what it means to have the only home you know continually threatened. Omotoso has noted that it was very important to Giannis for the story to be about the sacrifice that his parents made for their family. The special focus on family definitely pays off, making the film richer than an average sports drama, and properly capturing the distinct identity of Giannis, the basketball star whose story the film initially set off to tell.

On the sports end, Rise delivers well enough. The film traces the family’s basketball history right from the very start, from before Giannis ever holds a basketball in his hand, till the big moment when Giannis gets drafted into the NBA. You see, football is the official Nigerian sport, and the average Nigerian boy plays football from a very young age. Giannis’ father, Charles, was even a professional footballer back in Nigeria. If the family had envisioned sports as their ticket to a better life, football would be the obvious choice. So before they played basketball, the Antetokounmpo brothers played football. In the film, before they are even teenagers, Charles coaches them, teaching them valuable lessons that will eventually come in handy in both family matters and basketball — the most memorable: when one man scores, the whole team scores.

We see this play out the most between teenage Giannis and Thanasis (played by newcomers and real-life brothers, Uche Agada and Ral Agada, radiating with chemistry, charm and genuineness) in the way they have each other’s backs, even in one instance where their father is the opposing team, with his fears that their immigration status will be discovered. When Giannis attempts to play basketball for the very first time, it is Thanasis who coaches him — although Charles (initially jealous on football’s behalf) would later take the mantle and coach both of them at home. The film dwells on that first time on the basketball court, capturing the excitement and fixation like a love-at-first-sight moment. When they find themselves in the Filathitikos’ youth team, the brothers become a team within a team. But while we see both of them excel on the court (until Thanasis suffers an unfortunate setback), the film focuses particularly on Giannis’ initial difficulties with basketball and the quality of the work that he puts into getting to the place where he needs to be. 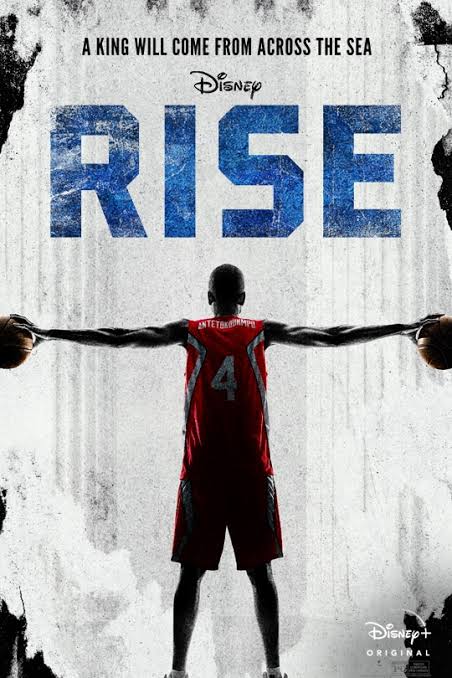 For a film with a lot to say, Omotoso manages to balance out all the aspects of the story, with very few instances of underselling or over-flogging. Neither basketball nor Giannis outshines the family’s story. The family’s Nigerian heritage is portrayed organically without forcing a cultural feel. The different forms of prejudice that the family deals with, from racism to mockery, are explored without being too on the nose, albeit without much depth. And the film shows their struggles without ever resorting to any form of trauma porn. There is a persistent brightness that outlines the entire film — from costumes to set decors and basketball courts — even in the grimmest parts, almost as if to give physical colours to the hopefulness and optimism that works as the family’s driving force and the very spirit of the film.

Despite being a biographical material that spans more than 20 years and contains so much information, Rise manages to not overcrowd its story. Neither does it feel rushed. When the film highlights landmark moments or emotionally-heavy situations, Omotoso lets you sit with it so that the intended impact is properly felt. And even though the final minutes are totally predictable since they are in the public record, the film still builds anticipation and an effective climax. Here is a well-made sports biopic that is perfect for family viewing, as is so obviously intended, but also sufficient for adult sports fans who love to see their favourites get immortalised through film. 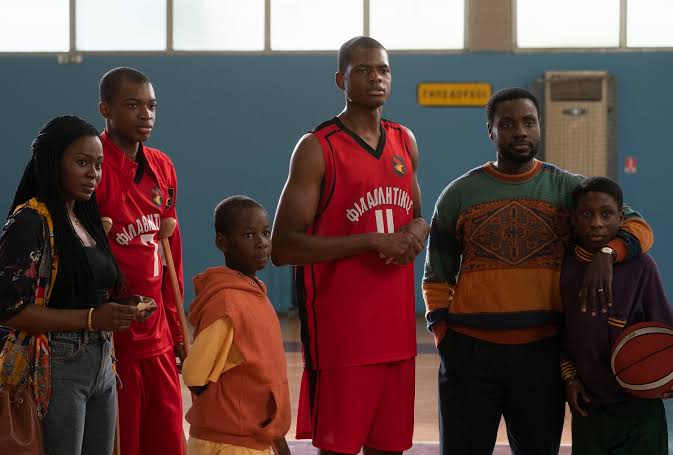 Perhaps, the Vaya director or some other high-performing Nigerian filmmaker will soon undertake the task of replicating a similar effort back in Nigeria (I’m speaking a Nwankwo Kanu biopic into existence). In the meantime, we can enjoy Rise — another beautiful feather in Omotoso’s well-decorated cap.

(Rise is streaming on Disney+)