Review: Tems’ Sophomore EP “If Orange Was A Place” Is a Delightful Listen

On this sophomore release, the musical maverick stretches her musicianship, while previewing a more mature dimension of her craft. 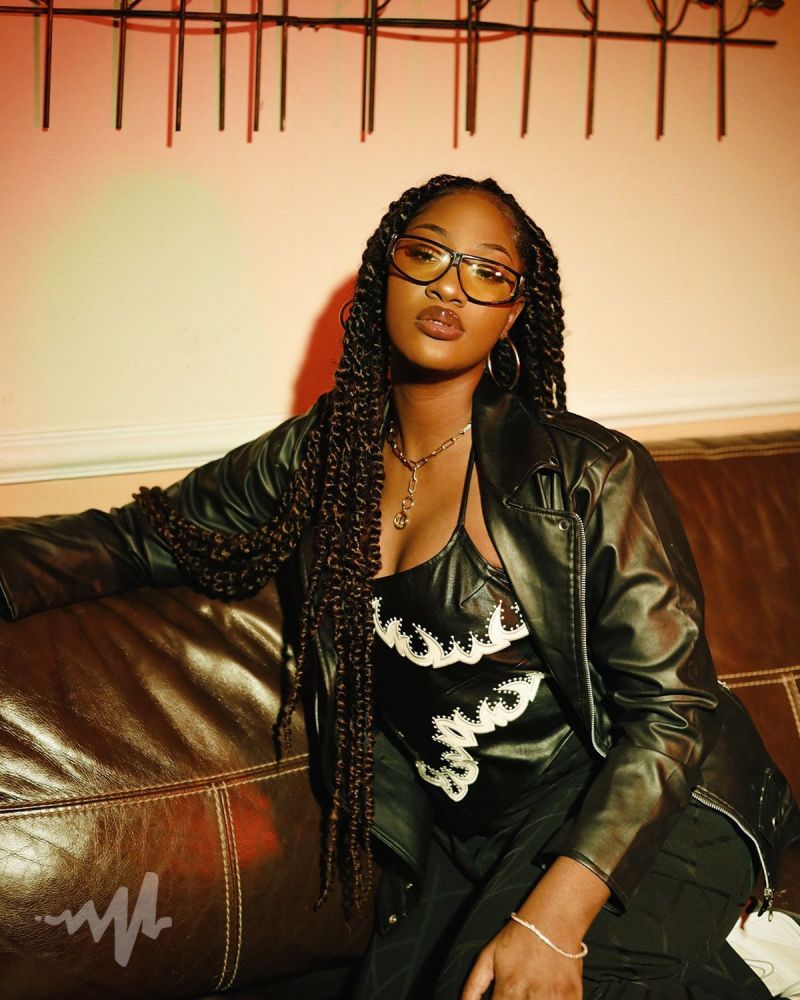 PRESENTLY, the whole world is listening to Temilade Openiyi, professionally known as Tems. Besides clinching cross-continental stardom after collaborations with global superstars like Drake and Wizkid, the singer is stirring conversations with her recently-released sophomore EP, a 5-track record titled If Orange Was A Place. With this new record, Tems stretches her discography with the essence of who she really is: a voice full of gems.

If there is one notable thing about Tems’ music, it is in the way she makes it. From practising music with her high school teacher in Lagos to free-styling as an undergraduate in South Africa, Tems has always seen music as not just a profession, but a way of existing.

“I don’t see myself as being able to do anything, apart from music; I don’t talk a lot, but I sing a lot to express myself,” she stated in a 2019 interview with Vibe.ng.

Since the release of her first single, “Mr Rebel”, Tems has retained her style of passionately pouring emotion into her songs in a manner that, when combined with her silky voice, creates a sort of elixir for the heart and mind. On If Orange Was A Place, Tems treads along familiar terrain, as she did with her debut EP For Broken Ears, reflecting on heartbreak, the quest to find love, and the struggle to maintain self-positivity. While retaining the vulnerability that permeated her vocals on last year’s effort, in this new offering Tems dwells on lines of thought that do not necessarily condemn, but rather question her experiences.

With songs like “Avoid Things”, “Found” and “Crazy Tings”, we see Tems try to come to terms with pain, or her love, eschewing all grey-lines found when dealing with “tings”. The rest of the record is a sketchy collage of her reflections on finding inner peace and sanity, particularly on the songs “Vibe Out” and “Replay”.

The beauty of If Orange Was A Place goes beyond its colourful phrasal title; Tems seems to have a flair for those. The melody that flows through the entire record flushes with the magic of Tems as her artistic fluidity finds outlets for full expression. Working closely with ace Ghanaian record producer GuiltyBeatz, Tems ignites groovy mid-tempo Alternative RnB melodies that charm the entire playlist with a soothing and intriguing feel. On the EP, she also fuses bits of her beautiful harmonization into the instrumentals, as she has done with almost every record she has either co-produced or sang on. Her falsettos significantly increase the listening appeal of this EP, especially with low-tempo songs like “Found”.

If Orange Was A Place feels like a mosaic of well-crafted songs that hold their own as individual entities, which could be hard to absorb for meaning on the first listen, but ultimately they seamlessly fuse together like Morse code. While the EP feels like a prelude to something bigger, the song choices could weaken its replay value, pitting listeners into cherry-picking their preferences for single plays over a holistic listen.

On this new record, Tems strikes gold again with her lyricism. For an artiste who spontaneously creates most of her songs from freestyles, making profoundly poetic music comes effortlessly to her. Away from her penmanship, Tems also commands attention with her catchy hooks, as evidenced by early-career singles like “Try Me” and “Looku Looku”.  This EP preserves that tradition with the songs “Vibe Out” and “Avoid Things”, which are laden with similarly catchy hooks.

While the spotlight is firmly beamed on Tems, it is fairly obvious that she is fighting to resist the pressure that comes with it. Her collaboration with Wizkid on “Essence” – which has since become a global anthem – has catapulted her into mainstream popularity on a global scale, but her success is no overnight phenomenon. She has been putting in the work for years and is well-respected in Nigeria’s Alte scene, making memorable vocal contributions in collaborations with acts like Ladipoe (“Falling”), Show Dem Camp (“Tales By Moonlight”), DRB Lasgidi (“Trouble”) and Odunsi The Engine (“Decided”), among others. After nearly half a decade, all the consistency is finally paying off.

Recently signed to Since ‘93/RCA records, Tems is gunning for global popularity but is likely to prioritize her self-expression over commercial appeal while at it. More of her (artistic) evolution is likely to materialize into her forthcoming album, which she has confirmed is in the works.

While it currently remains a mystery whether it was her love for Orange and Spice Tea or her affinity with the warmth of the colour that inspired the EP’s title, what is certain is that If Orange Was A Place is a magical experience, both for the artiste and for her audience. Until she creates the next musical heaven, Orange is the place we will be resting our heads.