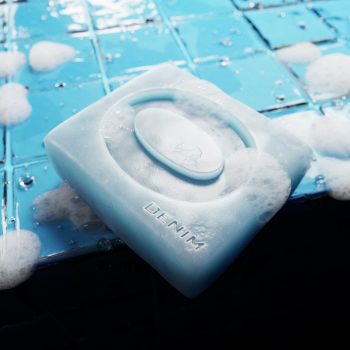 Odunsi Returns to Tease with the Brief “Denim”

Denim sounds very in-line with the precedent that was set with Everything You Heard Is True, and this is not a bad thing. Odunsi’s style has matured to some degree…

The dynamic producer, artiste and flag bearer of the Alté movement, Odunsi (The Engine), has been quite scarce on the airwaves for a while now. With only two releases in the two years since Everything You Heard Is True, fans have been starved for new Odunsi music.

Their fortunes seemed to look up when Odunsi sprung a surprise tweet on April 1, 2022 announcing the title of a new album to expect this year. Unsurprisingly, the date of the tweet worried a few people.

Hope it's not April fool's😂

However, the overwhelming response was one of excitement. A hype train had been set in motion. This hype train picked up steam when another surprise tweet promised the fans new music. Could it be time for the album? It was clear that Odunsi’s hiatus had not tempered his fanbase’s enthusiasm for his work, and they were ready to receive whatever he was offering.

You left us starving bro😞

I don’t think many of them were anticipating a 7-minute EP. A deleted response said “7 minutes is not even enough for an orgasm. Not to talk of an eargasm.” Regardless, that is what we got. Odunsi gives us a 7-minute, 4-track EP titled Denim, and I believe that what this EP lacks in duration, it makes up for in delivery.

The EP begins with “N2P” (nothing to prove) which finds Odunsi in full braggadocio mode over heavy-pounding bass synths and fast-paced lively drums. He delivers his usual blend of Fuji-inspired Yoruba with more typical Afrobeat-friendly melodies. The style of this track is not much of a surprise to avid Odunsi listeners. It may pack a harder punch than his previous “hyper-pop” offerings, but the song introduces the EP in mostly familiar fashion.

The second track, “Drama” is not much of a track on its own, but rather a surprising, smooth swelling orchestral overture that acts as a foreword into “Drama Queen.”  “Drama Queen” kicks into earnest with a fast-swinging energetic version ofa familiar snare pattern that has become almost synonymous with Odunsi and Tochi Bedford collaborations (such as in “airplane mode”). The strength of this song is the poignance of Odunsi’s melodic runs. “Shawty gon rage fire, she a fire starter,” he sings in a cadence that is very much prime Odunsi as 808 drums rage below his vocals. Then his vocal range flexes when he belts out “Problem never finish, e never finish.” While the song clocks in at 2:11, it feels very full of musical phrases and ideas. Odunsi is an artiste who seems able to pack a lot of punch into a little package. My one gripe with the song lies in the mixing. In certain parts of the song, his vocals were muddied by the sheer fullness of the instrumentals. Chirping shimmering sounds, the pertinent guitar-sounding sample, and the drums, all create a cacophonous space that drown out the vocals in places. Thankfully, this doesn’t happen throughout the song, and doesn’t detract much from my enjoyment of it. 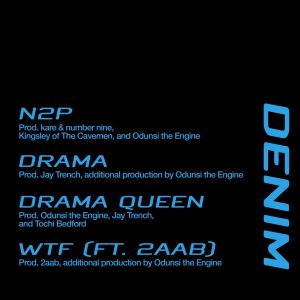 “Drama Queen” winds down into “WTF! (Euphoria)” that sees 2AAB pulling double duty as a featured artiste and producer. This song is another really brief one, serving more as an outro than a fully-fledged song. However, this song has massive potential as a moshpit anthem with more hard-hitting 808 bass, sharp synth passes and a contagious energy that elicits unconscious head-banging. Lyrically, there is not much to be gleaned from this song, but I don’t think that’s what one goes to the moshpit for. The lyrical simplicity and mantra-like repetition are perfect in line with the energy the song presents. The track rounds itself out with a pitch shifting modulation, similar to how he ended Everything You Heard Is True in “Shuga Rush.” There is a brief verse, after which the instrumentals suddenly change gear (and key) to repeat once more and fade out. The difference is, on “Shuga Rush,” the instrumentals went a few keys lower, and we got the whole verse again.

The biggest surprise this EP held for me was how true-to-form it seems to be. Odunsi has been something of a shape-shifter with his sound evolving significantly each time he puts out a body of work. I do not think I was alone in expecting a sonic shift. Denim sounds very in-line with the precedent that was set with Everything You Heard Is True, and this is not a bad thing. Odunsi’s style has matured to some degree. Odunsi has seemingly learned to maximise the efficiency of his songs. 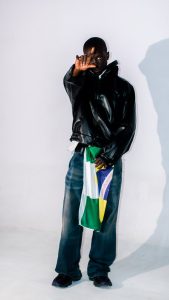 He has not put out a 3-minute long song since “Decided” with Tems in 2020 (and that one just barely makes it to 3 minutes). Some may say it is an adaption to the stream-heavy way music is consumed nowadays, but I think this allows him the space to focus his ideas more tightly. The short runtimes enable him to explore an idea (be it sonic, emotional, or thematic) in a concise and concentrated manner. This, in turn, demands that his song-writing be brief and to-the-point. Simple lyrics and varied melodies combine to make very catchy songs that don’t overstay their welcome and are easy to keep on repeat.

The main thing this EP does is keep Odunsi on the minds of his listeners. Interest has been piqued once again for the looming album. Will it be more of the same? Will he throw us for a loop and take his sound in a completely new direction? Denim is a stimulating appetizer, and now we await the main course with bated breath.