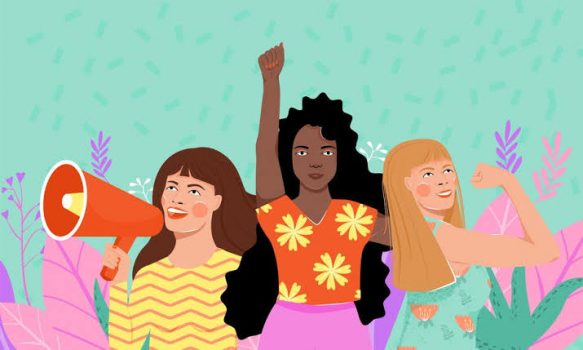 Is the Nigerian Feminist Wokeness Asleep?

Some Nigerian feminists confuse, and many disguise misandry as feminism. Men-hating is everything that feminism is not. This guise mostly stems from an unpleasant or perhaps agonising experience with men…

On Wednesday 15th December, 2021, a bill for gender equality was again withdrawn for the third time in five years from public hearing at the Nigerian senate. The proposed bill which first read in 2019, if implemented, was to, among other things, promote equal opportunities for women; give right to inheritance to women, and further strengthen existing laws against gender-based violence.

This bill was appallingly rejected by some members of senate who “raised concerns” that the bill, if passed into law, would be an infringement to the hitherto religious and socio-cultural beliefs where women did not have equal opportunities as their male counterparts.

Unfortunately, the rejection of the bill did not get media reaction from Nigerian feminists’ groups even though these feminists mainly use Internet platforms, especially twitter and Facebook for their advocacies.

A majority of the “woke feminists” movements remain silent about issues that address fundamental rights for women, and center their campaign on men-bashing, misandry, and profanity under the guise of sexual liberation and freedom of expression. Feminism sits parallel to misandry as while a feminist seeks equality, a misandrist only seeks condemnation of the male gender, supports women’s actions against men and may have a double standard opinion when men face abuse and objectification.

There's a big difference between feminism and misandry, but unfortunately, most women on this platform who claim to be feminists are actually misandrists.
Don't be misled by their toxic campaign.
Photo credit- https://t.co/eKuHFErAfk
I miss the LOML pic.twitter.com/cM2cTFGfUq

As described by Chimamanda Adichie in a viral video, many young Nigerian women are using feminism as a tool to justify wickedness and their hatred for men, rather than fight the oppression of women. Some Nigerian feminists confuse, and many disguise misandry as feminism. Men-hating is everything that feminism is not. This guise mostly stems from an unpleasant or perhaps agonising experience with men – a form of domestic abuse, a broken heart from a jilted lover or spouse, or history of dysfunctional homes. These feminists generalise this hatred and spite to all men. A popular example is the use of the #menarescum and #menaretrash on social media.

Another group is young African women being ignorant of the diversity in African feminism and how it reflects our realities. Rather than break down the wrongs of patriarchy, culture and tradition, race, globalisation, etc., they adopt a narrowed facet of it. These “feminists,” in what they consider an expression of their sexual liberation, erroneously spotlight themselves through their dressing and general disposition, for thirst trap.

Feminism, by definition, is the belief in the equality of all sexes. That is, a uniformity in social, economic and physical opportunities to both men and women. Although the feminist struggle started in the global West, the struggle varies significantly across different eras and social climes, place, religion, culture, etc.

In the west, much of the social, economic and political rights have been achieved for women. These could be understood in the four feminist waves, which encompasses the first wave (the right of women to vote, acquisition of properties, and concerns of the economy on women), the second wave (grappling female sexuality and reproductive rights, domestic violence and safety of women in the workplace), the third wave (removing gender stereotypes), and the still active fourth wave which seeks justice for women, ending discrimination and closing the gender pay gap.

In the light of all these, the feminist struggle for developing countries has as its central theme, the satisfaction of basic needs, rather than how women are portrayed especially by the media, that is, objectification of women, which, one could say is presently the theme of western feminist ideologies. Developing countries are still contending with social issues such as sexual and reproductive rights, domestic violence; economic issues such as women rights to employment, right to inheritance, workplace abuses, etc.; and political rights. For instance, in the Nigerian senate, there are only 9 female senators out of 107 honorable members, which is less than 10 percent of the total number.

Also, in developing countries, women have a higher percentage of informal employment than men. In 2018, 104 of 189 economies have laws that prevents women from specific occupations. 59 of these economies have no laws against sexual harassment, while 18 have laws where husbands can prevent their wives from working.

There still exists a disparity in female to male rights to education, women’s participation in politics, participation in the workforce, and the gender gap that exist in work earnings where men are paid more than women for same work done. Studies show that companies with women having solid leadership positions on their board have 10.1% return on equity, 2.7% higher on returns than a board of directors without women in leadership roles. Women in positions of authority are also better advocates for social policies that would be beneficial to all, and also tend to resolve national crisis in more peaceful manner.

However, the decision-making power of women is mostly greater exerted within their household. It is estimated that achieving gender parity in ministerial positions may take over fifty years as there are only 21% of women in such positions. It is also more common to find women holding such offices as delegates for family, social and environmental affairs.

Equality in African societies where systems are dominantly patriarchal, and greatly influenced by discriminatory cultural and religious norms remain a delicate subject even where there are fact-based evidence that gender diversity is beneficial to nation building economically and otherwise.

Many Nigerian ethnicities have cultural practices that provide favourable material gain to men than women. Tribal groups along the eastern and southern regions disallow female inheritance of assets and properties. Male authorities have used religious bias to subjugate women even when their faith offers no concrete backing to such actions.

In Christianity, women’s acceptance as the weaker sex as shown in 1 Peter 3:1 (“Likewise wives, be submissive to your husbands…”) is often more highlighted than Galatians 3:28 which teaches that all men are equal in the eyes of God (“…for you are one in Christ Jesus”) Even when these ancient impressions try to be agreeable with present-day awareness, it is still on the grounds that a male authority (husband or father) permits it.

In Islam, too, Muslim heads are believed to have authorities over their wives and use this as a basis for actions that marginalise women, even without distinct scriptural evidence for such claim.

Religion and culture have also become a construct for a lot of unfavourable laws that promote discrimination against women. It is illegal for women to work a night shift in Nigeria, making it impossible for women to take up manufacturing jobs. Spousal abuse is acceptable under the law, and so a man can beat his wife for the purpose of “correcting” her. It is also deemed impossible for a man to rape his wife under the law, thus encouraging gender-based violence.

Government actions on laws and petitions for gender equality in Africa usually take a slow-paced process even if implemented. For instance, the Violence Against Persons Prohibition (VAPP) act was implemented by the federal government of Nigeria in 2015, however it took five more years for the law to be adopted in 17 states within the country, and in 2021, several petitions later, for 30 states to domesticate it within their legislative houses. This leaves 6 states (all northern) yet to implement this law that would put an end to all forms of violence against women and girls.

Beyond copying western ideologies and posturing on social media as we are wont, Nigerian feminist groups could explore policy actions to better women’s rights.

Using social media as a tool can go a long way in spreading awareness on abuses and laws that impede on women’s rights. Social media led-campaigns such as the South African #RapeAtAzania, #RUReferencelist, #RememberKhwezi, and the international #metoo movement against sexual abuse and sexual harassment have proven to be a successful form of online protest for feminist groups. They have challenged the code of silence that protected perpetrators of sexual violence.

Sybil Fekurumoh is a freelance creative writer from Bayelsa.