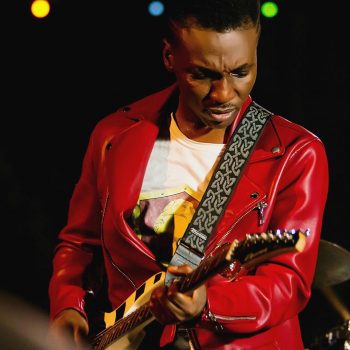 Why Do Nigerian Gospel Artistes Not Have Celebrity Status?

On August 19, 2015, (then) 43-year-old worship leader Chris Tomlin held his inaugural Worship in America concert in Nashville Tennessee. The event brought together 35, 000 worshippers in one arena. Tomlin’s feat is just one example of a flourishing gospel music scene in the United States, with a fan base that has global reach.

In the United States, gospel artistes achieve mainstream success, attain celebrity status and enjoy widespread fame even among non-believers. Tasha Cobbs, CeCe Winans, Women of Faith, Lauren Daigle, The Elevation Music and Hillsong are household names, show up at red carpet events, have a mammoth social media following, and are almost as well regarded in mainstream media as their secular counterparts like Cardi B or Ariana Grande. Hillsong, for example, had previously sold out another mega venue, Anthem. The band also has over 2 million followers on Instagram and 3.5 million weekly listens on Spotify. They hold tours, sell branded items, and have a cult-like following across social media platforms.

Beyond personal success stories, the music award institutions recognize and enable gospel artistes. The Recording Academy has 5 award categories dedicated solely to the gospel genre. Gospel songs make their way into the Billboard charts, and the Dove awards, the foremost gospel music award in the country, is acknowledged by multiple demographics.

Sadly, the same cannot be said of the Nigerian gospel music scene. It will be a stretch to list gospel singers as mainstream celebrities in Nigeria.  Their songs do not get major airplay on mainstream radio stations other than on Sunday morning (for a few hours). Besides Tim Godfrey’s Fearless concert and The Experience – the annual worship gathering organized by House on the Rock Church – there isn’t any popular gospel concert that has sustained relevance. Simply put, we do not have Chris Tomlins and Hillsongs in Nigeria.

This is surprising, given that Nigeria is a deeply religious country. Plus, Nigeria has a way of exporting everything religious. The biggest churches in the world are in Nigeria (In 2008, the Faith Tabernacle, the auditorium of the Living Faith Church was named the largest auditorium in the world by Guinness World Records.) Nigerian clergymen constitute some of the richest pastors in the world. It appears we neither lack the numbers or the means, so why have gospel artistes not risen to the ranks of mainstream celebrities, enjoying success much as their secular counterparts?

To be clear, gospel artistes may well claim that their focus isn’t on fame – a fair assertion. But fame, whether sought or not, usually trails excellent work, and no one works harder than the average Nigerian gospel artiste. Sinach’s “Waymaker” has over 178 million views on YouTube, being the third most viewed video published by a Nigerian musician on YouTube, just behind Davido’s “Fall” and Burna Boy’s “On The Low”. But in all honesty, can Sinach, as huge a phenomenon as she is at the moment, be compared to Davido or Burna Boy in terms of popularity? Can any Nigerian artiste shut down the 02 Arena in London, as has been done by Nigerian mainstream artistes in the past? Do they have the clout to bag juicy endorsement deals, a phenomenon now common even with Instagram comedians?

A couple of reasons can be given for the low popularity/success of Nigerian gospel artists. The first is the lack of publicity. Nigerian mainstream artistes spend a lot of time promoting their songs pre-release and work hard to sustain the hype after the release. They go as far as hiring publicists who draw up roadmaps for the artiste’s trajectory. This is not the same for gospel musicians whose enterprise is almost always a solo endeavour. To put it succinctly, the (gospel) musician writes, records, produces and gives general creative direction for their output.

Another excuse is that Christian songs are too specific, tailored to suit a specific demographic, and thus lack mainstream appeal. However, even if the songs are too specific, isn’t Nigeria predominantly a religious country? Are our everyday conversations not replete with religious anecdotes? Nigeria is a country where there appears to be a church on every street, two on a building sometimes, jostling for space. Shouldn’t this specificity, then, lead to bigger numbers, considering the huge size of the demographic that gospel music in Nigeria appeals to?

It is thus remarkable what Mr. Ezekiel Onyedikachi ThankGod of Eezee Conceptz is doing. It is easy to see the intentionality behind the grooming of his talents. Eezee Conceptz is one of the very few Christian outfits dedicated to producing excellent gospel music. At the same time, he is intentional about promoting the artistes, and generally going about the business side of the endeavour with a finesse usually absent in such spaces. So, today we have Mercy Chinwo, Judikay and GUC, fruits of his labour.

Another public figure who is very intentional about the success of gospel artistes is Reverend Chris Oyakhilome of Believers’ Loveworld, popularly known as Christ Embassy. The annual LoveWorld International Music and Arts (LIMA) Awards, which celebrates and rewards gospel artistes from the church, is a huge deal in gospel music circles. The Song of the Year Category comes with a monetary prize of $100, 000.  Beyond that, the church has a recording company known as LoveWorld Records, actively promotes its artistes, and offers remarkable support unlike many other Christian organizations. Little wonder the church is home to some of the biggest gospel stars in Nigeria.  Sinach, EBen, Frank Edwards, Ada Ehi, Moses Bliss are examples of some of Nigeria’s successful gospel acts who call the church home.

In conclusion, it is easy to point to others when the challenge is inwards. It is the average Nigerian that gives secular artistes the airplay they garner. Of the many Christian weddings we see, how many of the couples and families involved strictly insist on gospel music at their weddings? How about intentionally seeking to promote Christian content? Nigerian Christians need to become intentional about streaming gospel songs, buying tickets for concerts, and interacting with these stars on social media. If the gospel will be spread abroad, if Nigerian gospel music will travel, then the Nigerian Christian must take part.