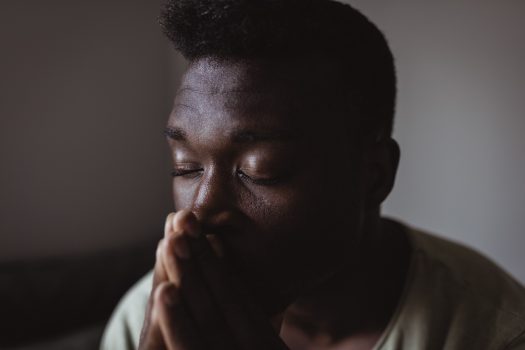 Here Is My Life, A Time Capsule For Grief

Each time I remember my father, I grieve. 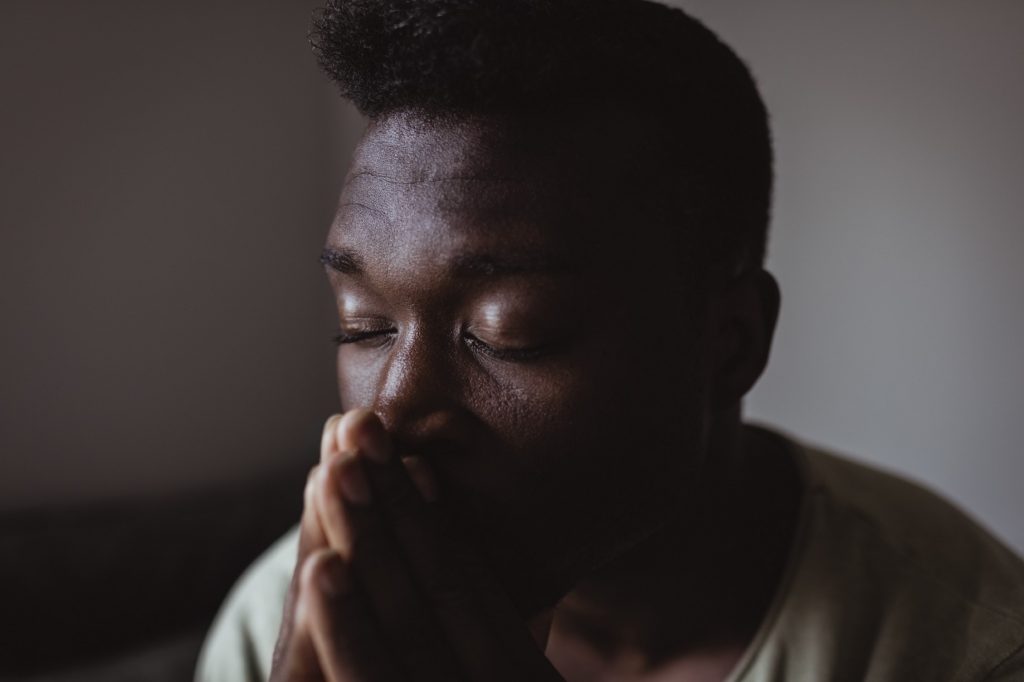 I am not grieving because I love him that much. No. I am grieving because I didn’t get the chance to know him more before he left us in the cold hands of this world to be frustrated by its elements. Like God, my father birthed many children but chose to take care of only a few, while leaving others the cold to die of hunger and neglect. This is the way I have chosen to remember him.

My brother in typically stern fashion had told me several times that people shouldn’t speak ill of the dead. I looked at him and smiled because the world has made every dead man a saint. Unless you are dead, you are not a saint. Like my brother, I have chosen to swallow every pill of sadness hoping that someday I will be fine. However, that day hasn’t come. The day when I will be bold enough to tear myself into pieces, and take every part of me to my mother to behold her son, hasn’t come yet. Perhaps she would understand that the language of tears is universal in nature.

I remember every black cloth I have asked God to help me unwear, and how he refuses to respond, per usual. There are days when pain grips me in the middle of nowhere, holds me down, and asks me to leave my body, but I am not the one who created me, and leaving would require me to take permission from the One who created me and gave me breath. I have decided to be patient, enduring every pang of agony, of grief, of the understanding that life needs attention and that attention is what we thrive for. Nevertheless, you still have to pick up yourself and move on without saying a word to anyone else, otherwise you’ll feel defeated and weak.

I have grown out of this body many times. Over the years, I have understood that I must die someday, and friends would gather to sing and cry beside my coffin. Some would come with flowers, while others would come just to see how I was laid to rest.

Chibuzo would cry and fling herself on the ground for my sake. She would look into my mother’s eyes and tell her how many times I made love to her. She would open her legs to show my sister the symbols I crested on her skin during our first time together. I told her I wanted every man that opens her legs to see those symbols. She looked on while I drew those symbols on her thighs. Chibuzo would probably take off her clothes too. I know she would do that for me, for the culture. She would tell my mother she’s doing that out of the love she had for me. My mother would smile and then let out a piercing scream, and my sister would run to her. Ivara would ask Chibuzo to go inside for my mother’s sake, and she would refuse to go. She’s a darkness that repels the light.

By noon, Desmond would have heard about my death. He would run to my house and ask people around if what he heard was true. He would lean his bicycle against the wall of our house, get a seat, wear his cheap headphones and play Alan Walker’s “Faded” or “Sing Me To Sleep”. Those are the songs he says he would play any day someone special to him dies. He would sit by the pavement, picking the nectar of the flowers by the veranda. He would allow tears to fall from his eyes. When he sees Ukaegbu’s son, Omekagu, he would stand up from his seat and run to him. Both of them would be locked in a firm embrace, then he would look into Omekagu’s eyes and tell him everything he heard. From afar, they would watch Ivara dance. She would dance around the grave dug by the corner of the house, weeping. She would tear her clothes off her body, then Omekagu would drape her in a big wrapper, take her inside the house and lock the doors.

At the internment, there would be cameras, books, and artistes. Grief would be like the laughter that echoes from the mouths of little children. I have witnessed a day like this in the other life of mine, and I know how dying brings silence. I will not die now, but to grieve is to die slowly every day. In any case, grief is a way of telling God he is too weak to save us from the hands of death.

By the evening of the following day, people would start going about their normal businesses. but my memories would linger on the faces of people who have the ability to see the dying Christ on the cross, and the beauty thereof. I am not sure how grieving would change people’s opinions of me. Is grieving forgetting and remembering? Is grieving a process of getting yourself involved with the aspect of existence that seeks to have humans mourn? How about stopping by, picking one thing at a time, and forgetting that life has no joy?

Every time I look at my body, I see scars of disappointment, disapproval, and a defeated soul. I see the scars of someone who was once betrayed, and who was once violated. Do you see the reason why I avoid mirrors?

I remember the anguish that engulfed my soul when my brother fought his friend for bringing me to Lagos. That year was 2005, and September wasn’t too kind to the trees. The only thing that could have made me rethink my decision to leave Aba was to hear the bluebirds sing as they gather on a mango tree in our family compound, but they never chirped. My mother used to say that trusting people would make it easy to break me, but I have grown into a body that is already broken into fragments by sorrow and horror; there is no need to crush me further.

I have been brave enough to handle my pains inwardly, but I hope that I can sustain my vulnerability too. I have resorted to drugs and ended up burning myself. I have profiled my weaknesses to suck away the strength in me. As a coping mechanism, I have visited cemeteries to watch the solemn silence and imagine what happens after we die. 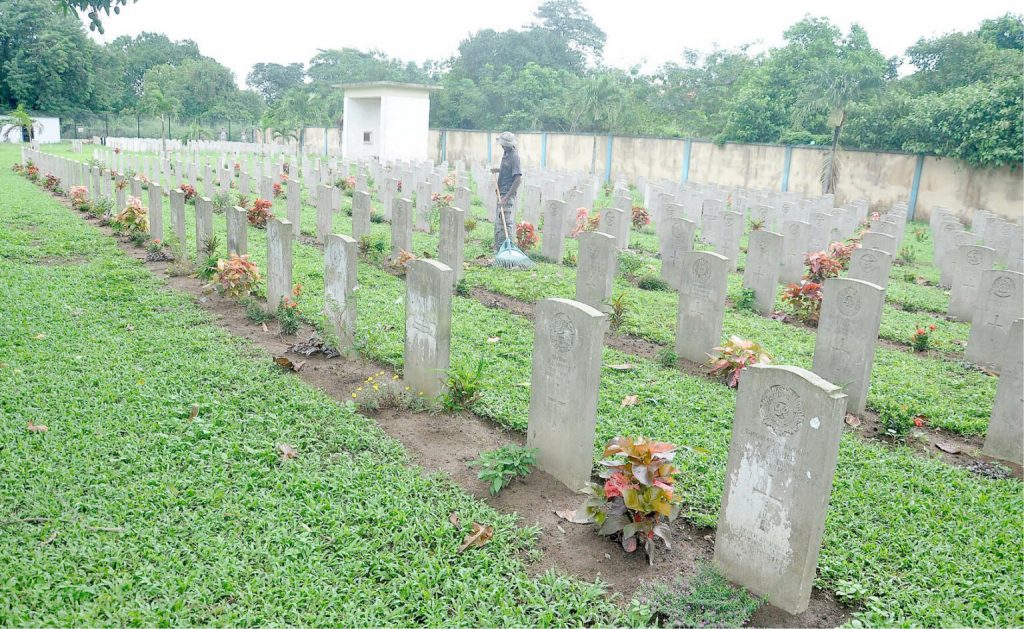 My family doesn’t care much about how the crazy things that happen to me in the middle of the night ultimately impact my well-being, and how they scar me for life. They also believe that there is no point going after what you may end up not having. They inherited that spirit of lethargy from my grandfather. However, I have learned to live with them in spite of their flaws.

A few years ago, I told my half-brother that leaving his wife for five years in the morgue was a horrible thing to do, and that one day, the children of that woman would grow up and fight him for not giving their mother the proper burial that she deserved. He looked at me, sighed and said nothing that morning, but at night he confronted me with a cracked voice:

“You will not understand what it means to be a husband, until you become a husband.”

“There is nothing to understand. You are heartless for leaving your wife in the morgue for 5 years without going there to check on her whether her body is still there or not”, I retorted.

He never replied me till today.

Last night I called Mother. I told her I was ready to have the doctor’s knife cut my belly open, as she had suggested years prior. Perhaps the pain that would come after my veins have been cut off would prevent the other pains from choking me in a vice-grip.  You see,  I am tired of holding on. I am tired of hiding myself in the closet to cry. I am tired of weeping each time I stand too long, tired of trying to adjust myself at every given period on a seat if I sit for too long on it. I am tired of tears.

If pain is a drug, I am probably a long-term addict. My walking, dancing, eating, and even my laughing are tinged with sadness. I have endured and prayed for restoration, but my words get lost in the air. I have waited to be healed but there are no miracles forthcoming. Dear God, why do you snub me? Why have you decided to be mute to my plight? Is my life not worth it? Is living a continual cycle of processing pain? I have seen my ears with my eyes, and this pain has had me sink to the lowest depths.

It is very easy for anybody to walk into a burial ceremony, open the coffin and slap the corpse, but the difficult thing is the scenario that will manifest thereafter. I don’t think there are many things left to be said to anyone who does that sort of thing, other than telling him to go and bury himself immediately, or to turn himself in at a nearby police station if he manages to escape being lynched by the deceased’s family. Right now, I am trying to make friends with people who would look at me and smile and tell me how beautiful I am, and at the same time allow me to grieve without judging me.

I am water; formless. I go now, I come back later. I kiss your lips, I hug you and leave my fragrance on your body, perhaps that may be the only thing you will remember about me when I’m gone. We are all here like soldiers: we come, and then we go away like the smoke, never to return again to anyone in particular.

After all, we saw Christ on the cross when he came to save us, but we still didn’t believe in the beauty of his grief on the cross. We have learned that the beauty thereof is the perfect illustration of the faith of an unknown salvation. How do you remember you are a human being with flesh, blood, and spirit?

John Chizoba Vincent is a writer, filmmaker, and videographer. He writes from Lagos, where he resides.