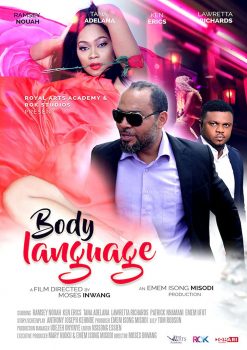 Released in 2017 by the Royal Academy in collaboration with ROK Studios, Body Language is a crime thriller directed by Moses Inwang and produced by Emem Isong. It stars Ramsey Nouah, Tana Adelana, Ken Erics, Lawretta Richards, and Emem Ufot. 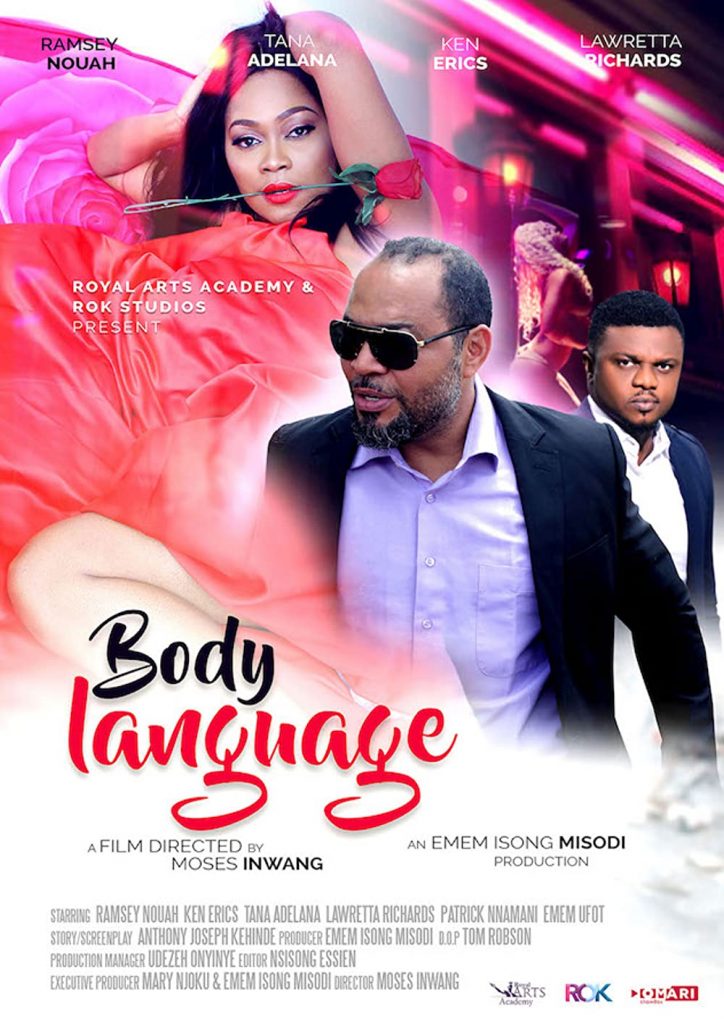 Set in contemporary Lagos, Body Language follows the story of a lady named Tola Sadiq (Adelana), who works as a marketing specialist in an interior decorating company, but at night goes by the name Amber at an exquisite strip club, where she works as a high-grade exotic dancer. She climbs to the top of the chain at her night job after the gruesome murder of Anita, her colleague. More working-class ladies die in the weeks that follow, and it becomes common knowledge that there is a serial killer on the loose, simply known as “The Lagos Ripper”. Tola has to shuttle her two careers and a long-term relationship with Lancelot (Erics).

One night, Tola/Amber gets a request for a private dance session from golf-loving, bird-watching Nick Yahaya (Nouah), who pays her a thousand dollars. This goes on for a couple of nights, but things get complicated when Tola has to pitch a business idea at her day job, and it turns out that the prospective client company is run by Yahaya. Both Tola and Yahaya now have to balance the duality in their respective lives, trying hard to keep the lines from getting blurred and blowing any covers. 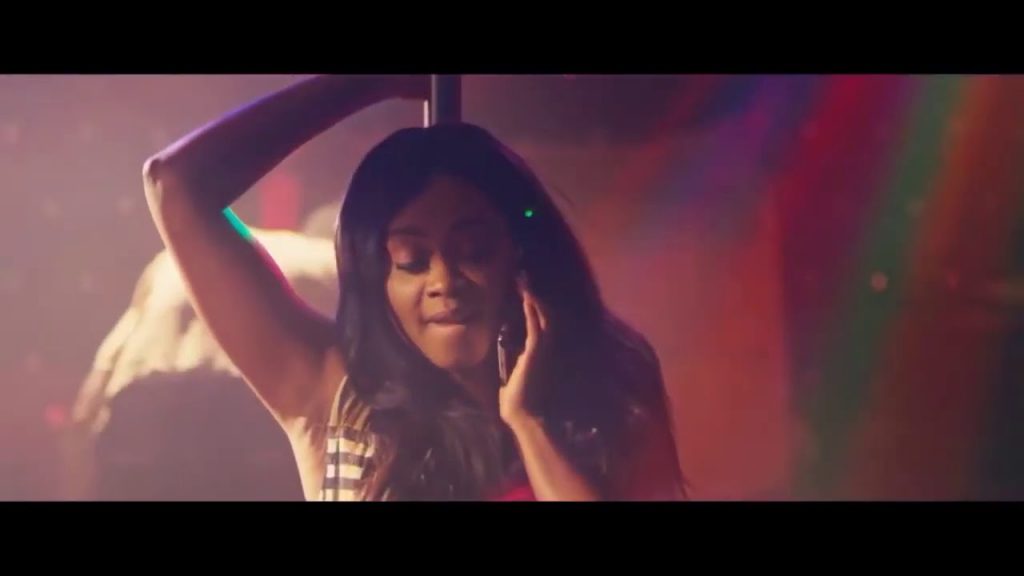 The movie is rated “18”, and while we would have loved to see a little more skin, the cast and crew deserve full credit for daring to experiment; for a conservative country and movie industry, there is a significant amount of “flesh” on display. Whether Adelana’s moves were enough to stir arousal is left for frequent strip club goers, but you cannot say she didn’t practice for this movie: at least her moves were better than those of Chika Ike in Small Chops (released three years later). Her ability to establish excellent on-screen chemistry with Nouah’s character is worthy of commendation. Speaking of Nouah, he shines in this one, with top-notch role interpretation as a steely, calculative character, there is a real edge to his performance like we haven’t seen from Nollywood leading men in a while; even the fact that he puffs a bit too much of that Cuban cigar takes nothing away from his acting here. Ken Erics is a darling of the low-budget, Asaba-based side of things, and it is interesting to wait and see how he fares in this clip, but he manages to put in a decent shift as a doting, oblivious, clingy (and ultimately heartbroken) lover, and the penultimate scene in which he appears is particularly memorable for its comic value.

Cinematography is pretty good in this movie, the transition in scenes is excellent, and the guys in charge of the screenplay should be applauded for giving nothing away. Beyond exploring mind games, expression of sexuality, and feminist values, the plot itself is quite the catch, with an unexpected twist at the end. As for the dialogue, it is unforced and well above average.

There are just a few loopholes impossible to ignore. In the final scene, Yahaya states that he began to stalk Tola after the death of his daughter, who was murdered a day before his return from England. How does a man relocate, set up a company, and figure out the identity of his target in a matter of weeks? It would have plausible if there had been a wide passage of time, but the sequence still looks pretty patchy, unless the producers are trying to make us believe that a long time passed between the killings and Tola’s first meeting with Yahaya, which didn’t look like the case at all. Again, for a cold-blooded murderer who could possibly be under surveillance, the serial killer seemed to have let down their guard in the course of the film; in the movie’s defence though, no one could have suspected who it was. The idea of a Nigerian strip club accepting dollar payments also makes for head-scratching curiosity.

Even with its rough edges, Body Language is still a pretty decent effort, and in terms of movie plots, it is one of the better movies to have made it to cinemas in 2017. There were not many characters in this, so both lead actors deserve a few pats on the back, and while the film may not have aged well in terms of commercial reception, at least it provided something uniquely different with respect to crime thrillers and storytelling in Nollywood: barring Catch-er and The Ghost And The House Of Truth, there haven’t been that many impressive whodunnits since Body Language was released.