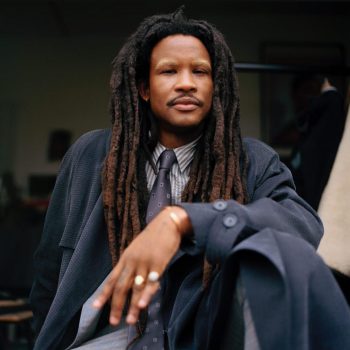 “The lizard that jumped from the high Iroko tree to the ground said he would praise himself if no one else did.”

This African proverb deployed by the protagonist in Things Fall Apart, Chinua Achebe’s signature novel, dwells on the beauty of celebrating small wins and tooting one’s own horn, but for Nigerian filmmaker Akinola Davies Jr., this adage may not necessarily be applicable. Sure enough, he has the right to praise himself, but he would be wrong to assume that no one else is giving him plaudits. 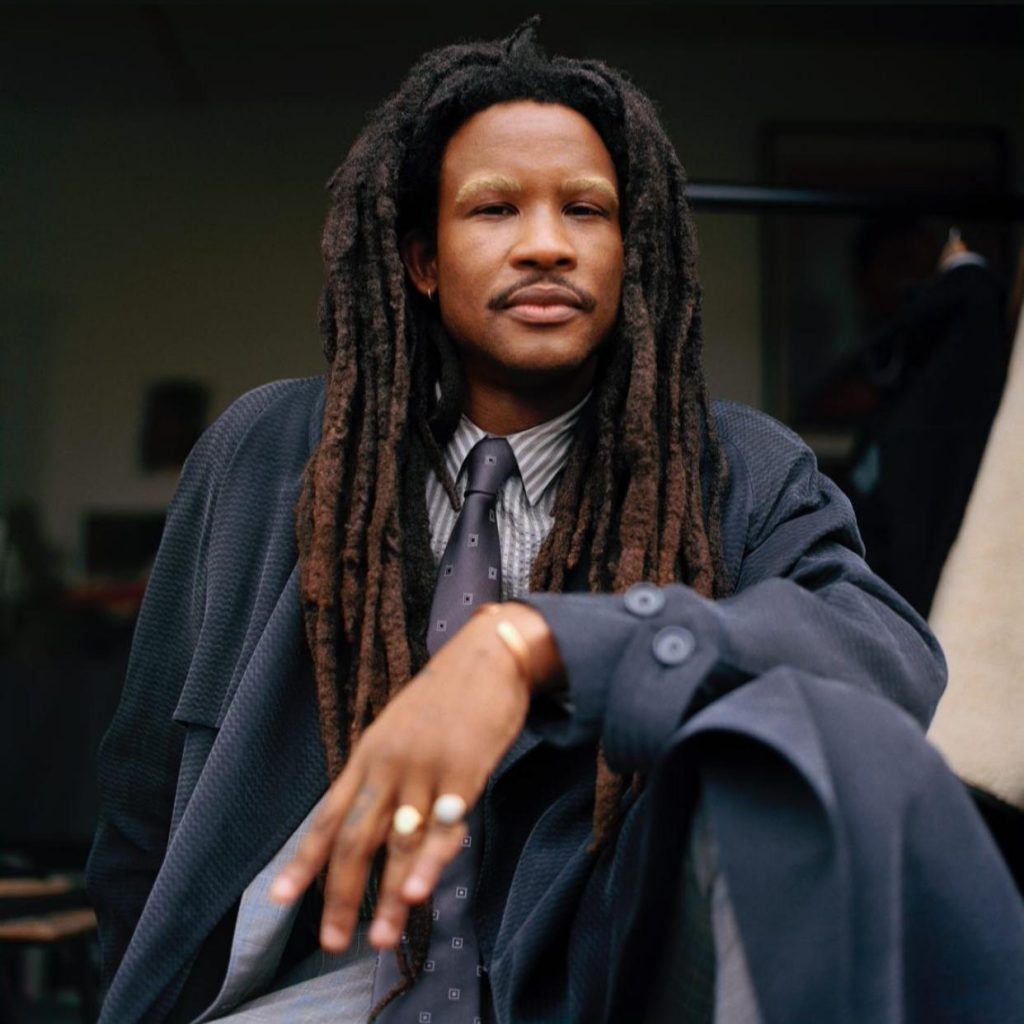 Davies Jr.’s Lizard, a compelling short film that explores the grimy underbelly of what stands for organised religion in Nigeria, has been well-received by global audiences. In February 2021, it won the Grand Jury Prize for short films at the Sundance Festival, and in August 2021, it clinched the award for Best Short Narrative at the Blackstar Film Festival, the world’s biggest showcase for filmmakers of colour.

Lizard’s triumph is the result of a well-written screenplay which Davies Jr. crafted with his brother Wale “Tec” Davies (one-half of the rap duo Show Dem Camp), as well as Shabier Kirchner’s brilliant cinematography and Pamilerin Ayodeji’s dialogue-deficit but emotive acting. For an 18-minute film, Lizard runs with a roundedness that some full-length features can only dream of. 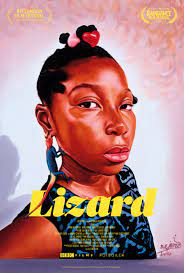 In an exclusive interview with Nigerian film journalist Jerry Chiemeke for Afrocritik, Davies Jr. discusses the process involved in making Lizard, as well his views on Nollywood and the prospects of international collaborations.

What was the primary motivating factor behind the production of Lizard? Were there any events in particular that influenced your decision to make this film?

The events that played out in Lizard are based on a robbery that happened in real life, in Lagos. It has just been entrenched in my memory for a long time. I wouldn’t say that was the motivating factor, but in the process of putting together this short film, I wanted to write something that felt personal, I wanted to write something that Nigerians could find relatable more than anywhere else, and I wanted to portray aspects of what growing up as a child in Nigeria looked like.

The themes being explored in Lizard, particularly the subject of religion, are really interesting, especially now where you find many young people being disillusioned with organised religion. Are there some parallels between the story in this film and the real-life situation of church dynamics in Nigeria? Were you trying to hint at what organised religion now looks like, or at least, what it looked like back then?

Not particularly. I was just trying to give a depiction of my experience in church. Whether someone looks at it (organised religion) in the negative or in the positive would depend on their individual experience within that space. Lizard has more to do with individual spirituality than organised religion; I feel that as human beings, especially as a black mass, we are spiritual by nature, and I think there’s probably a lot that we’ve become subservient to. I don’t want to get too deep into it, but I think that our relationship with intuition and how we feel in proximity to our environment or proximity to other people have way more value than someone feeding me with doctrine.

I think what the film is trying to say is, Pamilerin’s character is an innocent child who is still tuned in to a sense of intuition and curious about what she’s seeing, because sometimes when you process certain doctrines, they don’t match up to how you feel, so her character is led by feeling as opposed to doctrine. When doctrine and feeling come into collision with each other, that’s basically what I feel, maybe right or wrong, the conversation in Lizard is trying to have. 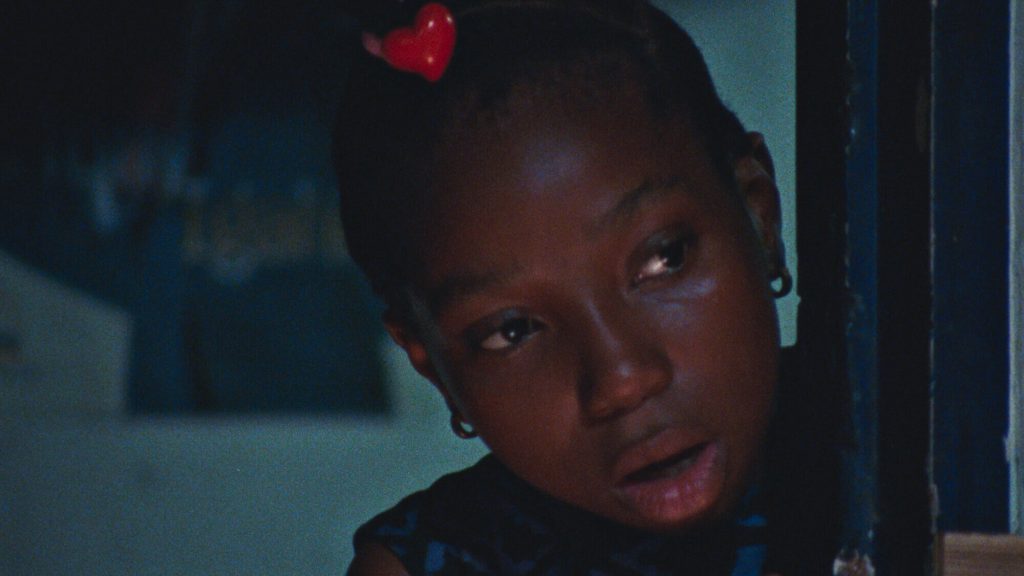 Examining the entire process, what would you say was the most challenging part of bringing this film to life? What was that “thing” you really struggled with, before finally cracking the code?

To be honest, I think the most difficult thing was knowing where to put the camera at a particular time because it seems like a very easy thing, but it’s really not. It actually took me by surprise. I have a history of shooting commercial work, but doing this film caught me off guard.

From a logistic perspective, I’ve shot in Lagos, Kaduna, and Nsukka, so I know what it’s like to shoot in Nigeria, but in making this film, two things caught me by surprise: the first thing was “blocking”, and the second was shooting on film.

When it comes to shooting on film in Nigeria, you don’t have a lot of technicians, and equally, you only have a finite amount of film. Let’s say you have 20 rolls, and that translates to 10 minutes a roll, so you have 40 minutes basically, and you have to get the film done in 40 minutes across three days. We can’t do a take more than three times, you know, but for me, I enjoy working like that, because it means I get to spend more time with the actors, I got to rehearse, and everybody just had a little bit more time to work, as opposed to doing multiple takes of the same scene. We just have to trust the process.

Do you feel that African films need more representation at festivals of this nature? What do you think about Nollywood? Would you describe yourself as a Nollywood director?

Yes, I think I’m a Nollywood filmmaker, maybe a third-generation filmmaker. I hope I am considered as a Nollywood director, as opposed to a British filmmaker, because I think there are a lot of (my) aesthetic choices which consciously or subconsciously parallel Nollywood. On top of that, I think Nollywood is a teenager in terms of its lifespan, and I think that with any living and growing institution, it has to evolve, and it will naturally evolve, whether it’s in terms of new techniques, new equipment or new voices.

What do I feel about representation? When it comes to Nollywood, the one thing I’m proud of is that it unapologetically owns its own voice. I think what happens when a lot of different stakeholders come in is that there is a “meeting” of cultures, and I think it’s important for African filmmakers to retain our form of storytelling and the process in which we want to tell stories. But I think there is room to study different (filmmaking) models and figure out what is best for our model. For example, if you see a (football) team playing well because they have a strong midfield, you may want to borrow a little bit of their style, and try getting good midfielders, because attacking can’t be all there is to your gameplan.

I think Nollywood has so much potential: we have so many skilled actors, we have so many skilled technicians who have been putting in the work, and because Nollywood is so intense and so consistent, these people have a lot more experience than their international counterparts. They just need to be matched with resources and celebrated for what they do. So I think that African filmmakers need to be more committed to the way we want to tell stories, and not become Eurocentric or American-influenced in the way we deliver stories basically. 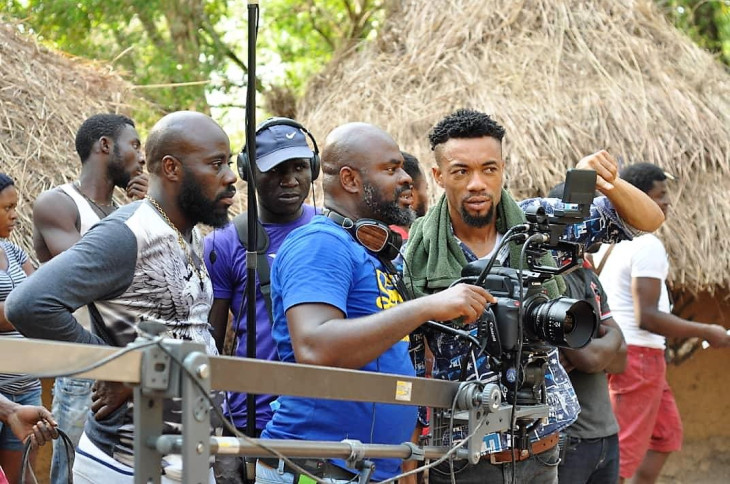 How do you view the prospects of collaboration between African filmmakers and filmmakers in the Diaspora? Do you think it will elevate the storytelling, or is there the danger that it would dilute our originality? How about the commercial implications?

From a financial perspective, it’s important to diversify where your films are distributed, and audiences that are open to seeing your films. It’s important to create more bridges and more relationships with different filmmaking communities, especially black and brown communities. On the artistic side of things, so long as the story merits it, so long as it feels genuine, so long as it’s not forced, I feel that there’s an opportunity to learn from every experience, so long as the said experience is not exploitative. But I think that so long as we are positioned to take care of, protect and actually celebrate Nollywood, and be proud of it, I think that collaborations are super-important.

What future projects do you have in store? Are you looking to make a feature film before long? What are the things in the works?

“Lizard” won the award for Best Short Narrative at the 2021 edition of the Blackstar International Film Festival, the world’s premier event for filmmakers of colour. To learn more about the festival, visit the Blackstar website.