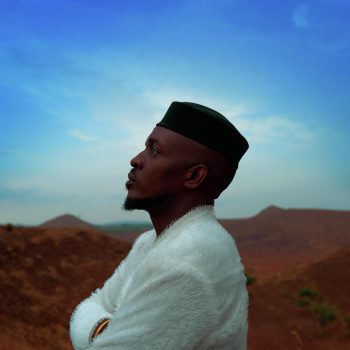 More than 14 years after the release of his groundbreaking debut album, Talk About It, Jude Abaga makes a return, over the weekend, with his seventh album, The Guy, his first project in about two years.

MI Abaga has come a long way, from relocating from the city of Jos to conquering Lagos, and then Africa. In the course of this, he solidified his legendary status in the music industry with Pop-inflected album releases, lent a helping hand to underground artistes via his illegal music tapes, while at the same time putting on the likes of Jesse Jagz, Ice Prince, Brymo, Loose Kaynon, Ruby, E-Kelly, Brymo, Blaqbonez, and others  on each project rollout.

Before he became Africa’s Rapper Number One, MI nearly jettisoned music for comedy while studying in the United State of America after he failed to make the audience laugh at some of the gigs he performed at. No wonder he is effortlessly hilarious. A slice of this talent is sprinkled all over his projects.

Artistes like Lauryn Hill, Bob Marley, Sarah McLachlan, Pablo Neruda,  Jay-Z, and DMX formed the bedrock of MI’s formative years. Born to missionary parents who owned a church, MI Abaga’s music skills got the needed assistance when his mum got him some musical gadgets while he was in primary school.  The church became the playground for MI to practise his poetry, rhyming skills, and metaphorical flexibility.

In 2003, he returned to Nigeria from the US. Here, he mastered his lines, produced, and wrote rap verses. The result was some traction in Jos and performances at some gigs.  The big break came five years later when his parody song, “Safe,” got the attention of Nigerians. He swiftly topped this success with the release of his debut album, Talk About It in 2008. By the time MI released the cinematic MI2: The Movie in 2010, even the doubters were left in the wilderness.

In these releases, MI lightly mixed rap with Pop music. He brought Pop artistes to do vocals, while his superb, easy-flowing rap verses served as the ideal complement to the tracks. 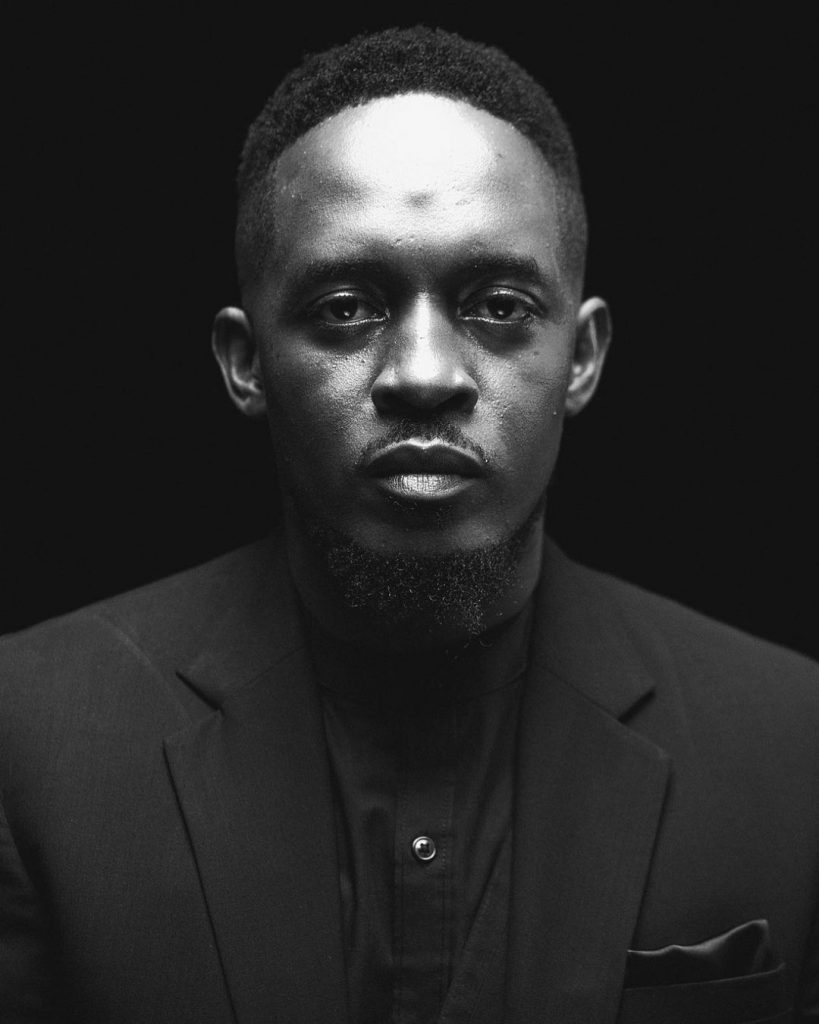 The collaborative 2014 Chairman album was received with mixed reviews. Thereafter, MI’s  subsequent records profusely examined topics like meditation, mental health, introspection, and, occasionally, party. Most of the fans hardly connected with some of these topics due to their complexity or delivery. Sometimes, too, MI got preachy, and the message flew over his listeners’ heads.

After months of anticipation, MI releases something for everyone. The rollout plan is one of my favourites so far this year, and the post-album release promo has been top-notch. The music is good, too, and this makes it all the more appealing. The Guy is appealing.

The Guy is a potpourri of Trap, R & B, Amapiano, Afrobeat, and Highlife. The album sees MI Abaga reaching into his emotions to craft love-centric songs, call for his flowers, and at the same time touch on topics revolving around mental health and toxic masculinity.

The title track is an ego trip hinged on Trap music. It’s bopping, filled with one to two-liners; it also features a tribute to Tiwa Savage, and Vector. When MI Abaga blames the inaccessibility of his message on Globacom, you find it relatable if you have ever been at the mercy of that telecommunications brand. The ego tripping continued on the guitar- and baseline-pivoted tune, “The Hate.” There, MI Abaga rolls out his accomplishments for the listeners, perhaps, the Gen Z, or  the fans who have  not been paying enough attention. The outro is mirthful; it sums up the track.

MI Abaga, Olamide, and Nas are all brilliant rappers in their own rights. The trio have humble roots. Nas is from Brooklyn, New York City, USA, and Olamide represents Bariga, Yaba, Lagos, Nigeria.  When they talk about success like they did on “Bigger,” the chances of people listening would always be high. They have seen it all, lived the luxury life, and tasted success backed with multiple awards. With “Bigger,” the trio teach a crash course on success, life, and its by-products. 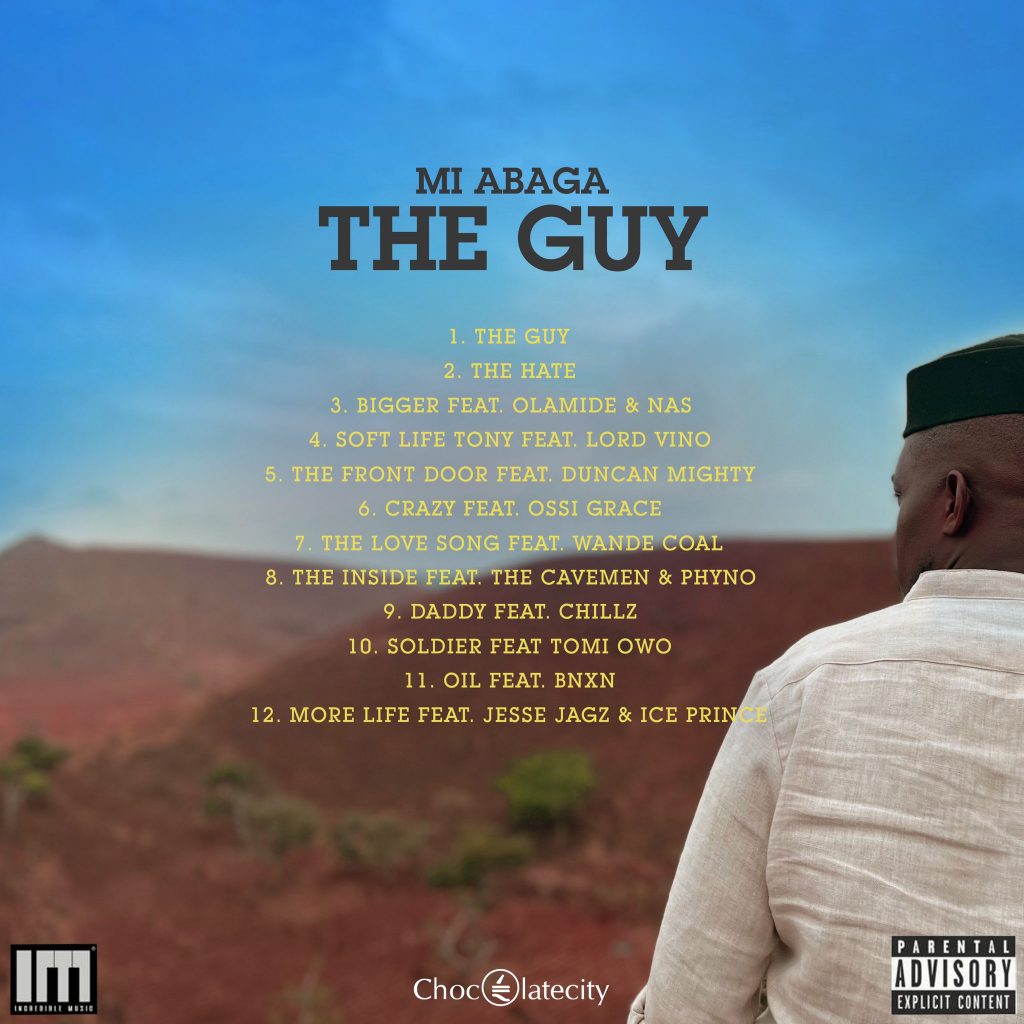 MI is both brutal and comical with words on the Lord Vino-assisted  “Soft Life.” The lines read like an open letter to the many lazy, unfocused men. It is balanced on an Amapiano log drum, a bright background vocal, and name-checks Nigerian entrepreneur, Tony Elumelu. “I just want soft like Tony (soft), I just want to live my life (my life).” It’s also a celebratory take on an imminent success.

The Pon Pon sound reappears on the Duncan Mighty-supported “The Front Door.” It is all shades of Ghana Highlife delivered in a Nigerian way. Lyrically, it is an aspirational track for a lover. Laced on boisterous snares and infectious percussion, it’s one of the standout tracks of this album.

The soulful, grazing vocals of Ossi Grace serenade the ears on “Crazy.” The track examines mental health with an overflowing take on Twitter. It reinforces the age-long message of looking out for others while braving through life’s journey.

The usual suspect, Masterkraft, was on hand to helm the Igbo Highlife-inspired production on the bright, mellow R & B-hinged “The Inside.” Rather than rap, Phyno sings and complements The Cavemen.’s mid-tempo hook. It’s a melting point of culture, a hark back to traditional music mixed with modern sounds. The lines are cheesy and easy to remember. Chillz-aided lead single, “Daddy,” is another ego trip. On it, a boom-bap beat collides with squeaky percussion. This production helps MI Abaga’s fluid verses.

Brymo was missing on “More Life,” yet, Ice Prince, and Jesse Jagz, MI Abaga’s elder brother, get the job done. It’s the final track on the album, a victory lap after several tribulations. Who else is there to do this with but your brother? The Emperor, Jesse Jagz, seals the track with a long-stretched verse. 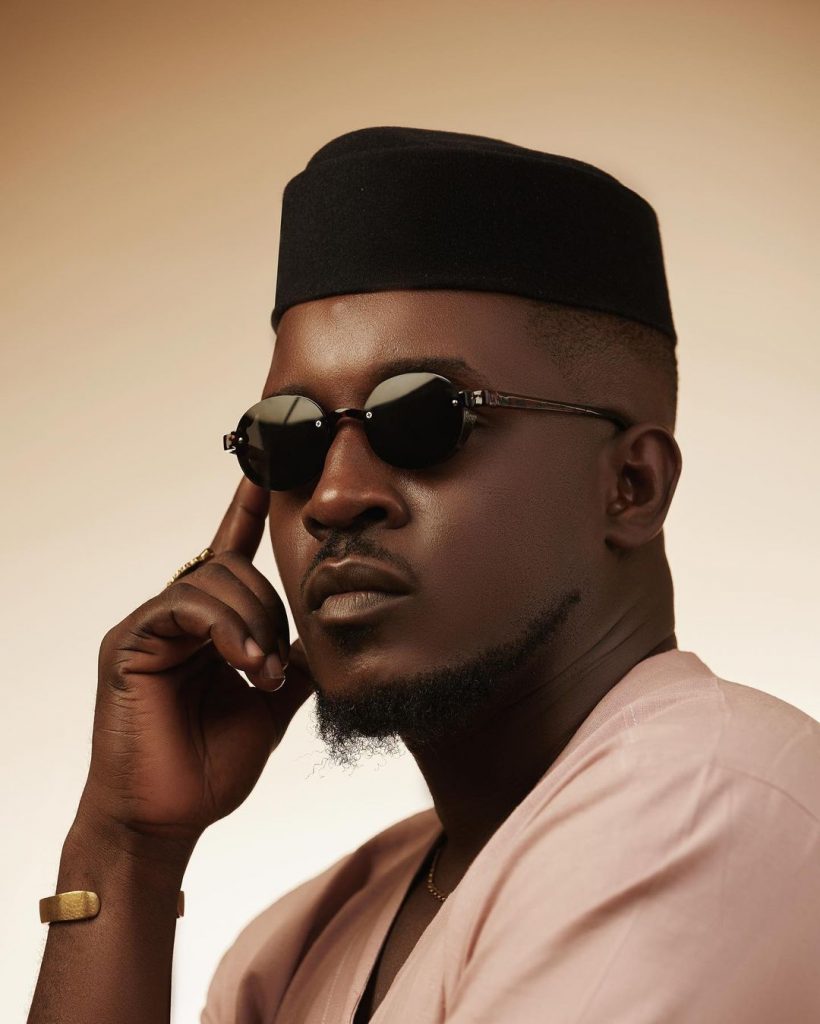 MI Abaga collapsed the ethos of his last three solo projects (Rendezvous, Yxng Dxnzl, and Judah) to craft The Guy.  Slices from these projects are scattered here for us to chew. MI Abaga swirls between takes on mental health (“Crazy,” “Soldier”),  Party (“Daddy”), and Love (“The Inside,” “The Front Door,” “The Love Song”).

The album wins over some Gen Z fans, gives the day one listener something to dance to, meditate on, and also reinforces MI Abaga’s legendary status.