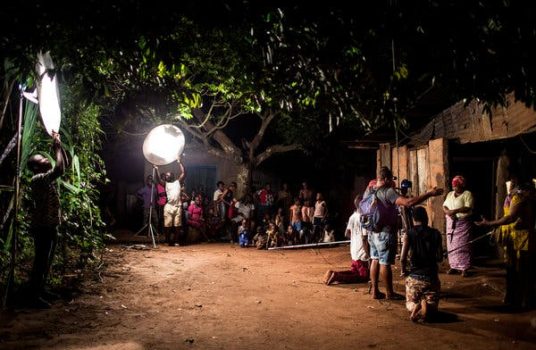 It could be argued that one of the grand efforts of Nollywood has been in the portrayal of pre-colonial society in movies. The settings of these films which portray indigenous culture have in their own way served as an artistic documentation of a past with its own cultural and historic values. They also serve as a body of art which have served as reminders of cultural identity, since everything they portray is from a perspective of indigenous culture.

In Art, the past is very important, not for the sake of romanticism, but because the availability of historical perspective helps for a better understanding of the present. Colonialism had an adverse effect on African culture: ancient values were replaced by western ideals under a facade of superiority. It is the duty of the historian to research these pasts, and of the artist to portray them. This partly explains the importance of these movies and why it is important to keep making them.

Some of these movies have acquired great commercial success. Films like Egg of Life, Igodo and others have remained evergreen in the memory of those who saw these movies more than two decades ago. These movies which were set in old Igbo societies for example were very successful in illustrating the values and superstitions of the ancient societies. From seeing these movies, one got to know that virtues like bravery, hard work, honesty, and so on were extolled among Ndi Igbo. One got to know that some of the atrocities heavily frowned at by Ndi Igbo were regarded as abominations capable of evoking the wrath of the gods: in situations where one claimed to be innocent of a crime which one had committed, the person was required to swear before the deity in a shrine. One got to learn (or at least hope) that nemesis always caught up with the wicked, and that the gods were always keen to administer justice in the land.

These films enforced the importance of masculinity and femininity, and the need to balance strength with tenderness.  However, they have been very misleading in portraying political systems, as what is seen on Africa Magic Epic is not an accurate representation of old Igbo society.

The Igbo people were an egalitarian society, republican in nature who existed without a central government. This system of government has been explained in the works of historians like Professor Adiele Afigbo, Rev. Fr. George Basden, and the brilliant Elizabeth Isichei. This complex system of government was without a central head and fostered a communal sense of mutual connectivity among the Igbo. It was this web of complexity that made it difficult to invade the communities because there were no central rallying points that exposed them to vulnerability.

This aspect of pre-colonial society has not been adequately portrayed in Nollywood. The idea of a “royal family” has been a regular feature in Nollywood movies. In these movies, there is a king, whose children are princes and princesses, and the storyline revolves around a prince marrying, to the dismay of everyone, a poor maiden with whom he falls in love, as opposed to the princess from another kingdom whom he was previously betrothed to. In another overwrought trope, a man from a humble background bumps into a princess and performs a brave feat, causing the princess to fall in love with him.

These storylines only echo Cinderella-esque stories from Hollywood, because such romanticism did not exist in the pre-colonial Igbo societies. Courage was extolled in Igbo societies, and beauty was valued too, but not in the romantic context which it has been portrayed in today’s Nollywood…and certainly there were no “blue bloods” in the Igbo societies of old”. People were not born into some form of royalty or prestige which did not require them to earn their places in society. Children of great men could not count on the wealth or yams of their father to give them a good place in society. In the same vein, when a man was industrious albeit from a poor background, he was given a respectable place. People did not thrive based on who gave birth to them, but based on diligence. It is for this reason that a popular Igbo proverb says, “The child who washes his hands well will eat with elders”. The emphasis was on attaining greatness by works, not by birth.

These philosophies partly shaped the system of government and the goals which people aspired to. There was an egalitarian bent to the society which prevented certain factions of people from becoming too powerful, and also made sure that certain other factions were not neglected on the basis of classism.

This is what Nollywood has not properly portrayed, and as such, proper references to this aspect of the Igbo society cannot be drawn from it. There is a need for scriptwriters in Nollywood to expand their imaginations to portray these things more accurately, especially in these times where education regarding these things is becoming more and more necessary. The success of art is often measured by the accuracy with which it imitates a society.