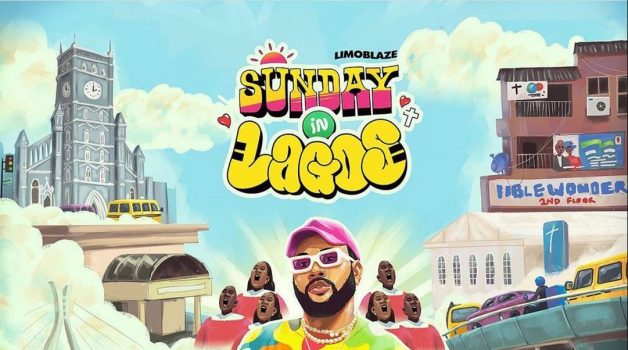 In “Sunday in Lagos,” Limoblaze Secures His Afro-Worship and Hip-Hop Niche

Samuel Onwubiko popularly known as Limoblaze has beyond doubt arrested the heart of many since he entered the limelight in 2014. This effect still lays fresh in people’s mind as he has yet blessed the tail end of 2022 with his new album titled, Sunday in Lagos, which houses seven tracks. Limoblaze has since been committed to making quality songs leaning toward Afrobeats, Afroworship, Hip-Hop and Rap music. Ranked as one of the strongest Gospel Rap and Hip-Hop artistes in Africa, he has a clear signature in singing and producing inspiring and soul-possessing contemporary Gospel songs. With the release of his album, God’s Favourite Baby, in 2021, he earned himself a special seat in the hearts of many.

With this title, one would readily think that the album is centered on Sunday and, perhaps, Lagos State, a commercial nerve centre of Nigeria. However, Limoblaze’s Sunday in Lagos goes way beyond the impression the title gives. There are speculations, though. Limoblaze had announced that the title of the album was inspired by an experience where he had to stay in a two-hour long Lagos traffic on a journey that was meant to last 35 minutes. Limoblaze had rounded off the album in the state on his stop during his “Unbound” tour. Sunday in Lagos is indulgent, harmonious, inspirational, and beautiful. Here, Limoblaze successfully displays his skills in creating and producing good music. The album comes with different messages. It bears the message of God’s love, grace, and security, and every word is written to properly appreciate the nature and power of God.

The opening track, “Pull Up,” starts with a strong instrumental, comprising heavy piano chords, delicate guitar percussions, and a voice over saying, “pull up.” It becomes the chorus of the song. Over this Hip-Hop rendition, Limoblaze brags about his stand in God and how he is untouchable because God is on his side. Limoblaze urges his opposition and adversaries to “pull up” because God dwells in him, and so, he is well defended. This track proves how skilled Limoblaze is in creating impressive sounds.

(Read also: Joe Praize’s The Assignment Album is Covered  with the Cloak of Excellence)

Following the opening track is “Desire,” another song with an engaging beat. It features Nigerian Gospel artiste, Emandiong. With his usual soft, fluid and steady vocals, Limoblaze starts by thanking God for saving him, and then pledging his unalloyed obedience to God in the line that says, “I go run if you command.” This song is jazzed up with dramatic breaks that may likely generate excitement in listeners.

“Jireh” is an Afrobeats-infused sample of the popular song, “Jireh,” by American Gospel choir, Maverick City. The over two-minute song starts with the original song and then switches to an Afrobeats sample. The voice of Limoblaze is accompanied by a subtle blend of the conga drum, a loud touch of the snare drum and the chorus of the original song playing repeatedly in the background. Here, Limoblaze recognises God as his provider, his friend, and his lover. He further affirms that he is assured God won’t leave him even in the midst of the valley. The song then transitions to a short rap delivery by popular American Gospel rapper, Lacrae. American producer, Happi is also featured on this track. One can boldly say that this sample is an improvement on the original song. Despite the alterations in the beat, rhythm and style of the original, the introduction of Afrobeats sound lends the song an entirely new outfit.

The next track, “Hosanna,” is a praise rendition to God. In Hosanna,” Limoblaze tells God how much his love covers for his excesses. In the line that says, “so many times when I don miss road, I don loose guard,” Limoblaze estimates God’s love for him even in the midst of his frailties as a human being.

“I believe” is a slow, rhythmic Hip-Hop delivery. It starts with a husky voice over singing, “I believe in you,” followed by the emotion-stirring voice of Limoblaze repeating the same line from the voice over. This song runs over the steady assurance Limoblaze has in God to come through for him at all times, both good and bad. The intro contains a busy jam of guitar percussion, delicate piano scales and a sudden intrusion of the bass and snare drums, introducing a Hip-Hop style.

Next on the album is “Gold.” The song starts with a mix of a whistle sound, and the sound of birds chirping. This combination fades out as the lead guitar ushers in the voice of Limoblaze into a Hip-Hop rhythm. In this song, Limoblaze delivers a clean lyricism on God’s consistent nature and his inability to fail. The unique vocals of popular Nigerian Gospel muse, Ada Ehi, makes the song all the more lively and engaging.

“Company” starts solemnly running on low piano scales and afterwards, a clean transition into Afrobeats, led by the snare drum. The instrumental is a mixture of heavy play on the conga drum, detailed guitar scales, and sonorous echoes in the background. Here, Limoblaze speaks of how God readily gives him attention any time he calls him. The heart-warming vocals of Dena Nwana runs for a brief session singing about God’s abilities and love.

Sunday in Lagos is a sure proof that Limoblaze has dipped himself in the stream of his profession. Every drop of that wetness is sure to create a lasting impression in the minds of listeners. Beyond the art of singing, good music is rated on how listeners can relate with the emotions of the singer, the ability to navigate neatly between transitions (whether in keys or in beats), lyricism, and overall beat. In a world where people are drawn to beats rather than lyrics, Limoblaze has not only delivered good beats but accompanied them with great lyricism. He displays his mastery on this album. 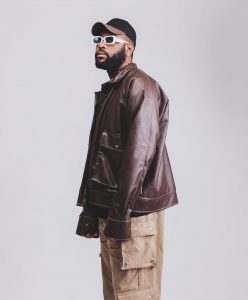 One limitation, however, is the obvious fact that many Africans, because of age and religious beliefs, are yet to embrace songs that feature Rap, Hip-Hop, Reggae, Afrobeats, and some other contemporary genres. Many believe that these new genres don’t suit the ambience of a church.

This is the gulf that may likely stand between religious listeners and this remarkable album. Asides from Sunday in Lagos, other African Gospel artistes such as Emmanuel Iren in Apostolos, and Okey Sokay in Declarations  featured Rap and Afrobeats. Despite the fact that there’s a division in acceptance, many still embrace them and are getting inspired from listening to them.

However, listeners open to contemporary Gospel will definitely find the songs in Sunday in Lagos engaging and powerful. They contain specific messages about God’s love, goodness and strength, that would uplift and inspire everyone.