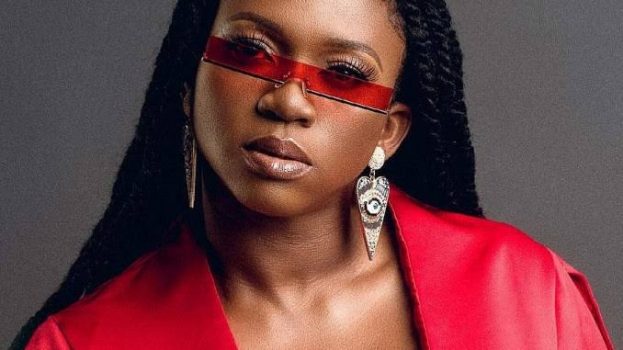 The quality of Waje’s music has never been in doubt, and she has never gone below the mark of quality in her output. Yet, she has struggled to stay in the limelight…

In the past week, while listening to My Darling, off Omawumi’s new album featuring Waje, a stream of memories on the history of contemporary Nigerian music, ran across my mind. Waje’s exceptional vocal performance in this beautiful song was the fuel behind my reminiscing. Her subtle voice which melded beautifully with Omawumi’s instantly reminded me of something I hadn’t thought of in the past few years—that Waje was one of the undisputed queens of Soul music in Nigeria, and that a good argument could be made that she has had the best vocal run in the music scene over the past fifteen years. Her performances on P-Square’s 2007 hit track, Do Me, and her 2010 collaboration with the duo on Jeje were vocal feats that enjoyed massive airplay across the Nigerian scene, the former becoming the biggest track in Africa in 2010. Also in 2010, she collaborated with MI on One Naira, a love song off the rapper’s second album which became a love anthem of sorts across Nigeria, and has endured the short attention span of the contemporary Nigerian music scene. Another notable collaboration by the vocalist and singer, though less popular, was in Afurum gi n’anya with Naeto C from the Super C Season album. These performances, arguably, set the path to stardom for Waje in the Nigerian music scene.

Blessed with a unique voice and talent, Waje won the heart of many listeners to her music. Born to an Edo father and an Igbo mother from Anambra, Waje who grew up in Benin began singing in the church choir, and is said to have sang to the gleeful pleasure of the famous Benson Idahosa in her heydays. She had gone on to develop her music beyond the church choir in her adulthood which came after the difficulty of her teenage years, having got pregnant in secondary school, an incident which led her to being temporarily banned from singing in the church choir. Years later, when she found herself in the University of Nigeria, Nsukka (UNN), she left gospel music and dabbled into Soul, a genre she has stuck with to this day. It was while in UNN that she sent one of her recordings to P-Square, who were at the time, Nigeria’s biggest musical arts, and they invited her to feature in Do Me, the track which became one of the hit songs off their Game Over album. From there, she cruised to stardom as the following year saw her do some very impressive collaborations. At the time, it seemed that as long as she had the songs coming, there was almost no doubt that the audience would be there to listen.

Thirteen years after she featured on Do Me with P-Square, over a decade after collaborations with MI and Naeto C, and eight years after the release of her self-titled album, Waje’s career trajectory has taken a polka-dotted route. As of now, the singer has released two LPs, (W.A.J.E and Red Velvet) in addition to an EP titled, Heart Season released this year. In 2019, the year after the release of her second full project, Red Velvet, Waje announced that she was considering leaving the music industry, citing lack of support for her music as reason. It sparked off reactions on social media, especially on Twitter. Waje’s fans took to Twitter to list reasons the Soul singer should remain in the scene, and in the heat of that moment, the streaming of the Red Velvet album increased. Waje had reached a breaking point at that moment in her career. After three years, she returned with an EP titled Heart Season where she sings about the usual topic of love.

The quality of Waje’s music has never been in doubt, and she has never gone below the mark of quality in her output. Yet, she has struggled to stay in the limelight, or court the attention of an impressive audience for a sustainable period of time. An exception is Kpolongo, her collaboration with Timaya in 2018, which enjoyed massive airplay. The lack of substantial commercial success for Waje’s music means it has not yielded much financial gains as it ought to. She has resorted to various side concerns to make extra money, which according to her, she reinvests in her music. In an interview with Modern Ghana, asked if her breakthrough in the industry gave her a lot of money, she deflects the question by saying she does not look for financial gratification from her music.

In the past decade, the popularity of Soul music in Nigeria has generally declined. The early to late 2000s saw an influx of promising acts in this genre including Asa, Ruby Gyang, T.Y Bello, Timi Dakolo, Soty, Omawumi and Waje herself. The popularity of these artists—an exception could be made for Asa—has declined considerably in the past ten years. In the 2000s, these artists made it to the mainstream. Artistes cut from the same cloth emerging in the industry at some point in the past decade hardly made it into the limelight. This led to the evolution of a branch of the industry known as Alternative music to accommodate artistes of a more sober and reflective genre who are more likely to court a cult audience rather than the mainstream one. Artistes like Adekunle Gold, Brymo, Tems, Tay Iwar, Ric Hassani, Kemena, Amarae, etc., are very prominent names in this bracket. But this evolution seems to have accommodated the new artistes which came with it more than the ones whose prominence were blurred by the tides. Brymo with his impressive discography and petulant consistency has managed to stay afloat, but the likes of Timi Dakolo, Waje, Omawumi and the likes have struggled. Alternatively, though the mainstream market, it would seem, has not been favourable to Soul music, there has always been that small but sizeable demographic of Nigerians, always waiting and eager to listen to Soul music.

The crack to the puzzle is consistency which is something many soul singers like Waje herself have struggled with. After breaking into the scene in 2007, it took her six years to release her first full project, another five to release the second, and by the following year, she was considering it quits. By the time the industry reorganised itself, she was absent at the top. Waje has not been as consistent as she needs to be, to remain in the face of her audience, and like Brymo, keep her fans talking and bragging such that even music fans from other circles would talk about her. Two LPs, and one recent EP in a career that has spanned over a decade is less than impressive. Maybe she has not had the wherewithal, maybe she has not had external support—but then, she has been very fortunate to have gotten to the height she attained. Her music has taken her places. She began well and many were hopeful for her. It has not been a happy ride, but then it does not qualify for a sad one because the assignment of being consistent was not carried out. If there is something to learn from the trajectory of Waje’s music so far, it is that even quality requires consistency to achieve due success.