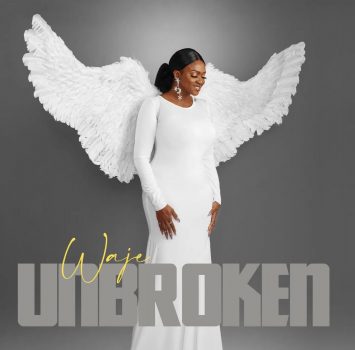 Waje’s 20-year-long presence in the secular music industry might make her transition all the more difficult.  A question that begs for answer is, “Did she jump into this wagon due to lack of funds, or was the decision rooted in a genuine change of heart?”

Some emotions are better communicated in songs, and Aituaje Vivian Iruobe, popularly known as Waje has proven this in her gospel debut, Unbroken, decorated with nine awesome tracks. A listener can clearly deduce that the album is an upheaval of contorted emotions. The sounds give a vivid definition of the uproar of an individual who emerges after a moment of suppression. Ever listened to a song, and you can tell the lyrics were pulled from the deepest soul of the artiste? Waje’s Unbroken are songs embellished with lyrics carved out of the core of the singer’s soul.

Growing up, Iruobe treaded the path of young female singers who were shunned by their local churches for either getting pregnant or indulging in any practice regarded as sin. Waje was banned from her church choir after getting pregnant at a young age. The turnout of events nearly smashed her dreams of ever holding the microphone again. Down the line, Waje navigated into secular music. She gained popularity after featuring on the reprise of “Omoge Mi” by P Square. Her edge in the music scene, since her emergence in 2003, has been the texture of her voice, and her ability to manipulate nicely in-between slurs. For many, Waje is their tonal muse, and this is indisputable. Due to the strength of her vocals, Waje is a sensation that has being featured by famous singers such as Banky W and M.I Abaga.

In 2019, Gospel singer, Asu Ekiye, advised Waje to return to Gospel music after she posted a 12-minute video where she categorically said that music was not for her. In the video, she had spoken about taking a break from singing due to financial strain. Being celebrated as one of the high-profiled female artistes in Nigeria did not stop her from having depressing moments. The feeling of her inadequacies and the constant shades thrown at her by the media prompted her decision to quit music. 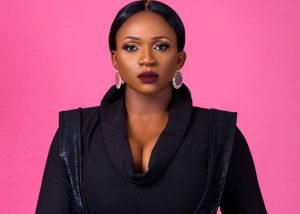 Spotting Waje singing gospel songs on a public stage after years of being a secular singer must have been a shocker to her fans. As though that wasn’t enough of a shocker, the 42-year-old, vocal queen officially retraced her steps back to where it all began. Her first Gospel music album, Unbroken, was released on her birthday, September 1st, 2022.

The opening track, “Who am I,” is a combination of Pop, Soul, and a heavy touch of black music that unveils the status of the singer’s heart. With well-detailed lyrics, Waje describes God’s love as relentless and unconditional. She also paints God as a companion who would gladly lift her up in her darkest moment, even if she falls intentionally. She clearly explains how God is persistent in loving her despite that she is unworthy and undeserving of his love. For a gospel song done by an African, this track can be said to be a norm breaker because of its style and the density of its riffs. The singer spontaneously voiced nearly the entire lines of the song, expressing her gratitude, decorating the end of each note with a resonating slur.

“Na Me Be This” (I’m the one) is a declaration of the singer’s confidence in what God has made her. Waje boldly declares that she is a proof of what God’s love can do for a man. She also affirms that the weight of a man’s situation cannot deter God from performing his mighty works in the lines that say, “I was slowly sinking. Expecting the worst. But you said no way. You stretched out your hand. You reached out and saved me.” The beat of this song is capable of inducing dance steps in listeners. 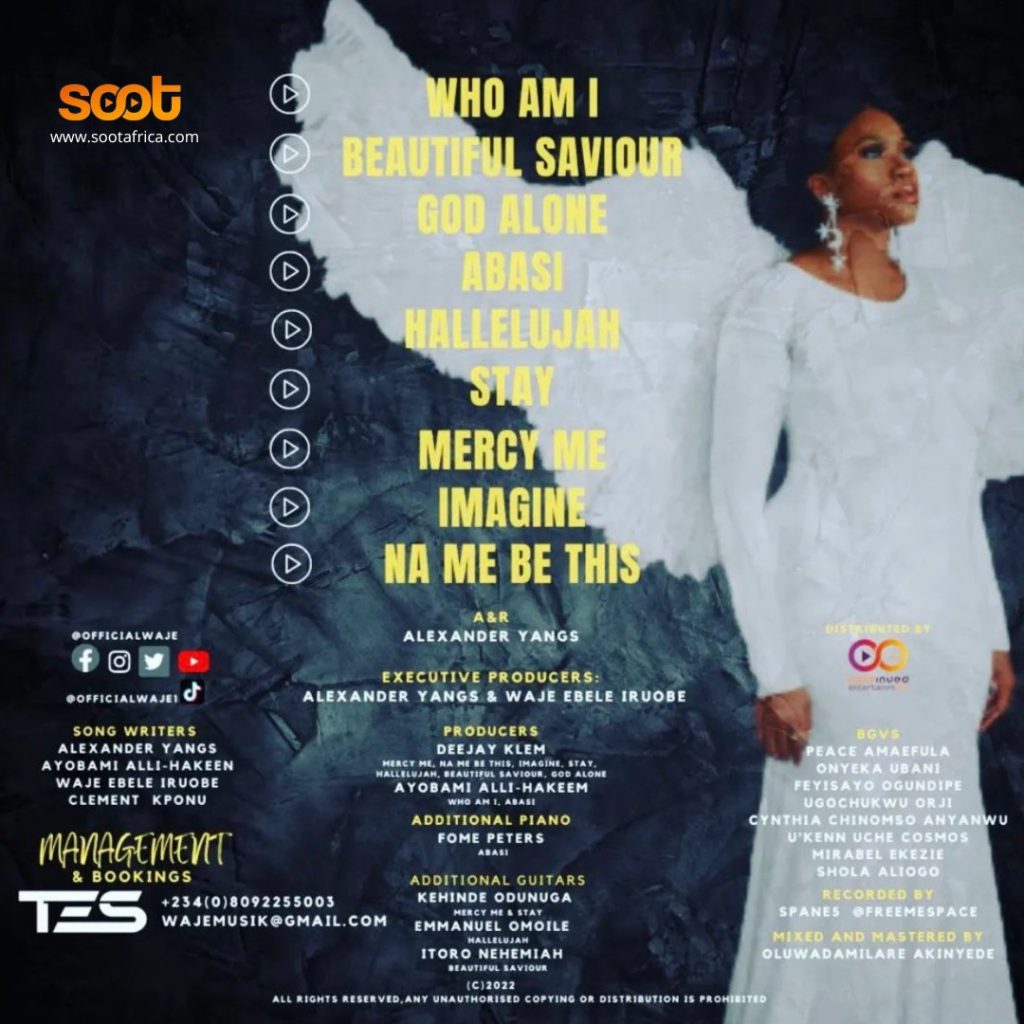 “Imagine” is another passionate, soul–clinging song on the album. Waje describes the woes that accompany a life lived without the grace of God. She likens the outpouring of God’s grace to rain falling on her parched soul, giving her the comfort that she needs. She expresses that she cannot imagine her life without the love and grace of God. This track comes with a beautiful vocal style and a short session of Rap music.

In “Mercy Me,” Waje expresses that the sacrifice Jesus performed on the cross was rooted in his love for her. Despite the power and glory that God has, he unconditionally loves her, and that’s because of his mercy. This track started with a brief session of speaking in tongues which is a proof that the singer, beyond the genre being gospel, is spiritually–inclined.

“Abasi” (Ibibio for “God”) starts with a touch of the pot drum, a subtle blend of the rattles popularly known as the shekere, soft chords from the piano and the sonorous voice of the singer. The lyrics are embellished with gratitude to God for his mercy and kindness in her life. Being a remarkable blend of pidgin, Ibibio and Yoruba, the track is essentially African.

“God Alone” affirms the invincible nature of God. With a melodious voice, Waje heightened the tempo and the intensity of the song with a whole step modulation that came as a pleasant surprise as the song progresses. Due to how easy and soulful the chorus of this song is, it can be sung independent of the verse for a deep time of fellowship with God in prayers.

In “Stay,” Waje pledges to stay with God because of the love he showers on her. Despite being the shortest of the tracks, the lyrics and the sound is capable of developing the desire to surrender to God’s presence.

“Hallelujah,” the longest of the tracks, starts calmly with words of adoration and a soft sound from the piano. Listening to this song can set the atmosphere of intense worship in the listener. Unlike the rest of the tracks that have verses and choruses, Waje did more of freestyles in this track. She stylishly pours out her heart in thanksgiving for forgiveness of sins and the joy of being loved by God.

“Beautiful Saviour” starts with a sound similar to the rhythm of “You Deserve It” by American artiste, J. J Hairston. The lyrics of this song are not far-fetched from the title. Here, Waje describes the beautiful and glorious nature of God, his saving grace and mercy towards her.

Having been in the music scene for almost two decades, it is not surprising that this album comes with a taste of professionalism. Each track is well–blended and heavily spiritual. The entire album revolves around repentance, forgiveness of sin, recognition of God’s mercy and love, and the opened arms of grace. The album is a cry of surrendering from an individual who is tired of running and is ready to be plunged into God.

It is nearly impossible to separate sentiment from Africans when it comes to the matters of religion. The truth is, many highly–religious Nigerian Christians do not listen to the songs, but to the artiste. Thus, the first question that readily comes to mind is, “Who did the song?” The fact that Waje has not shared the details of this recent switch with the public as to whether she isstepping fully into gospel and abandoning secular or doing bothside by side, could be a great limitation to her being accepted.

The issue of acceptance hangs over the head of many a secularartiste that have transitioned to Gospel music. Chidinma Ekile had her own share of criticism. People doubted her transition, and pointed to so many trivial things to discredit her stand. In fact, the decision of people who have been long tagged as gospelartistes is still being questioned. Waje’s 20-year-long presence in the secular music industry might make her possible transition all the more difficult. A question that begs for answer is, “Did she jump into this wagon due to lack of funds, or was the decision rooted in a genuine change of heart?” Until people are certain of her presence in the Gospel scene, Waje stands the risk of losing followers on the secular scene, and also the risk of facing rejection in the world of Gospel music. So far, she is yet to answer the question of what the next step will be. One of her old tweets show, however, that she is simply living in the moment.

Notwithstanding, these songs are powerful ones that can move listeners into total submission to God’s love. The album creates a world for people who are in their lowest to bow before God in fellowship. Looking for deep-spirited songs for intimacy with God? Then each of these tracks deserves a seat on your playlist.