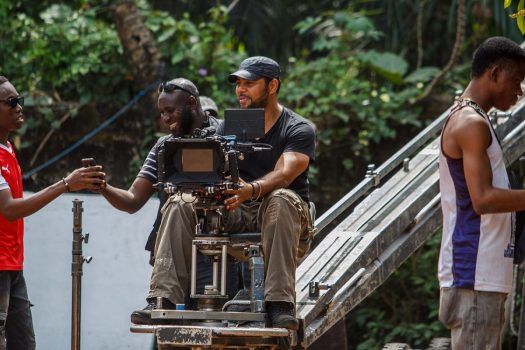 Has Filmmaking In Nollywood Gone To The Dogs?

The pendulum of Nollywood is swinging back to the early ’90s and 2000s when the industry was filled with average filmmakers whose films were badly scripted, poorly acted, and directed. To be fair to the old filmmakers, many of their films were better than the recent glossy but tepid movies the industry is churning out. They created something out of nothing with the little resources they had.

Many of today’s Nollywood movies lack depth and context. They’re flashy and shallow, laden with conceptual motion picture clichés that stifle the use of the brain. They’re mere photo-plays that pass away the moment the viewers step out of the cinema.

The action tropes of many Nollywood films are bedeviled by sequences that border on the ridiculous. This can be blamed on the poorly scripted screenplays, incongruous directing, bad acting, cockeyed cinematography, and most recently, the integration of Instagram comedians and celebrities into Nollywood. Those Instagram comedians and celebrities either overplay or underplay a role that requires no theatrics, hence the slipshod and clownish nature of some Nollywood films.

Screenplays are blueprints for movies. It’s impossible to overemphasize the importance of a well-written screenplay to the eventual success of a movie. In the words of Alfred Hitchcock, “to make a great film you need three things: the script, the script, the script,”. A well-thought-out screenplay is integral to the art of filmmaking. Writing a good screenplay is no cinch. It can take months or years to write the first draft, and after that, it should be edited over and over for clarity and cohesion. But the reverse is the case for many Nollywood screenplays.

A screenplay should tell a complete story, though not necessarily in a linear format, but in a unique way that will retain the audience’s attention until the credits roll. A lot of Nollywood screenwriters are not good storytellers. Most of their screenplays bear light-hearted entertainment with forgettable stories and characters, lame dialogue, and action sequences devoid of emotion. They are uninspired, pedestrian, and hardly re-watchable.

With Nollywood, it’s quantity over quality. Many Nigerian filmmakers are still serving up flamboyant productions that steep in the ’90s and 2000s conceptual art clichés. More dishearteningly, many of the videographers don’t know the difference between a pillow shot and an establishing shot, or the difference between a long take and a short take. All they do is pan and tilt the cameras around, creating confusion with the movement and angles of the camera and distorting the clarity of the movie’s images and messages. Auteur-wise, many Nollywood filmmakers are not stylists; most don’t care for the aesthetics of the art. Only a handful of the new crop of filmmakers care enough to incorporate style into their movies.

With today’s actors, the level of charm displayed in role interpretation leaves much to be desired. The old-timers do the bare minimum with roles that demand great acting, and most of the new faces get around to trivializing serious roles that require intense performances.

The American poet Walt Whitman once said: “To have great poets, there must be great audiences.” To draw an inference, the audience is largely to blame for the current state of Nollywood. There are a few brilliant actors and directors, but even they have to dumb things down to meet the demands of viewers.

“You know, we don’t need all these cerebral movies in Nigeria,” a friend once told me when we were arguing about the poor quality of today’s feature films. “They are not our style; they are a cheap imitation of Hollywood.”

Filmmaking is an expensive art. It’s understandable that filmmakers prioritize income and make movies that will draw the numbers, but it is dangerous when this is continually done at the expense of quality and depth. No director or producer wants to incur losses from making a feature film, but serving up inferior material on a regular basis is inimical to the growth of the industry. Filmmakers shouldn’t always believe that they need to debase their art for mainstream appeal; they should strive for excellence, because excellence brings wealth and greatness. Nollywood filmmakers need to up their game by creating top-notch movies that will elevate them and uplift the industry.

Will things change any time soon? Will commercial appeal be de-emphasized and the focus of filmmaking shifted to creating memorable art? It remains to be seen. For now, the wait for a mind-blowing Nigerian feature film continues.