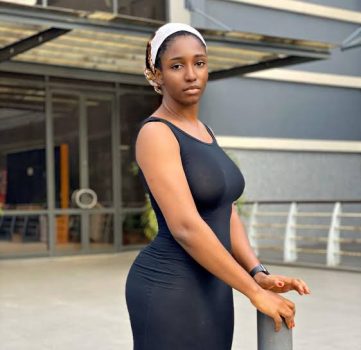 Is the Seeming Wrongness of African Accents a Form of Neo Colonialism?

…Sometimes, the logic behind linguistic profiling and discrimination is the argument that the speaker can “work on” or modify the way he or she speaks overtime. Failure to do so subject speakers to ridicule, mockery and discrimination…

It is easy to view the seeming disdain of African accents as a first-world problem, but quite the contrary, we find ourselves discriminating against our kin here at home. On the 21st November, an Instagram influencer, Klara Kalu, aliased Ifedioku, was verbally attacked in the comments section of a video she made where she spoke with a lisp and an Igbo accent. It is baffling how lisps and accents quite easily becomes a bane of discourse, a subject of ridicule in social media. A thick-lipped, sparkling-eyed, voluptuous Ifedioku was not spared. It is baffling how social media users left the intended message in the short clip, only to convulse about how it was delivered to them, in a tongue they deemed flawed. This incidence is one among many others that people have been ridiculed by their countrymen because of the way they pronounce words.

An accent is the distinctive manner of pronouncing the words of a language, and it is associated with a particular region, social group, etc., whether of a native speaker or a foreign speaker. It is concerned with the phonetic and phonological aspects of a language. Simply put, it is the way we sound when we speak. With Africa as a continent with diverse culture and languages, it is only natural for individuals of different ethnic groups to have distinctive accents.

An accent is just as distinguishing of a person or people within a region or an environment as food, dressing, lifestyle, beliefs, culture, etc. Sadly, people of African descent have endured subtle forms of discrimination; a case of linguistic profiling because of the way they sound regardless of their level of education.

White people won't be confused because one African person's accent sounds Afrikaan and the other Igbo.

Surely, they have more range than that.

So, simplifying all Africans into sounding one particular way, that barely even conforms to how any African really speak is bad.

People have accents for two reasons: one, owing to their environment, and two, due to the language taught to them as their first language, usually the case in multi-lingual regions. This can be observed in the way various languages interact in speech and the enunciation of words from a secondary language.

I joined a space about 2 weeks ago where after speaking, the host referred to me as “my Enugu sister” in his own thick eastern African accent. Normal me would have addressed that rubbish there and then but I decided against it.

The African continent, with 54 countries, has over 2000 indigenous languages. Following the Berlin Conference of 1885, which saw Africa states shared among European countries in attendance as colonies became subject to European Imperialism, the adoption of the language of the European by pre-colonial African states was inevitable and has reflected in the primary languages used for communication by countries within Africa during and after the colonial periods. 23 countries in Africa still adopt the English language as its official language for communication, for education, its judicial system, and for economic reasons.

The Received Pronunciation or so called “Queen’s English” accent is the well-known accent used by the English even though it is not widely used even by the British population. This form of speech, as well as the General American accent is the standard for which all other accents is compared with. Any other form of speech may be seen as sub-standard, unrefined and crude. This has also come to be systematically used to assess the speaker’s level of education and/or intellectual capacity.

Sometimes, the logic behind linguistic profiling and discrimination is the argument that the speaker can “work on” or modify the way he or she speaks overtime. Failure to do so subject speakers to ridicule, mockery and discrimination that causes one to have an inferiority complex, feel shame and sometimes isolate.

Hollywood’s portrayal of the African accent does not also help this ignorant ideology. The misconception that there is such a thing as a “single” African accent, rather than various ones, is akin to telling a Scot that they speak with a British accent. Hence, Will Smith’s “Nigerian” accent in his role as a Nigerian doctor in the biopic “Concussion” was heavily criticised.

It is disheartening as well as unappealing to see and hear African local radio and television presenters try to create nasal and usually unnaturally-sounding British and American accents. Also, school children are taught to sound “polished” rather than to have a better diction, or to speak their own local languages. This is because African societies still rely on Western affirmation, creating in us a conscious or sub-conscious bias against anyone not up to par with Western linguistic ideals. There is now the massive consumption of foreign media, the more or less unquestioning acceptance of foreign ideologies and culture – or lack of it, with the attempt to find western validation. We have considered our accent, like many other cultural identifiers, as inferior, and flaws that need to corrected or completely erased. To ultimately embrace as the style of the global West is now a supreme duty.

If the French can speak English in their accent and still be regarded as sexy, if the Russian’s manner of speaking be imitated with longing, if the German asks you “vot” for “what,” and yet you are patient enough to listen why, then, regard the Yoruba, Hausa, Afrikaans, Baganda, Ashanti, etc. accents as uncouth and intolerable? In an essay in the Babbel, Nigerian writer, Chika Unigwe also buttresses this point in the similarities between the French and the Yoruba accent as both omitted the h and r sounds in speech. Yet, one is deemed sexy, and the other crude.

As pointed out by Ifedioku in a statement later released as a riposte to her accusers, how people are represented matter.

I made a video promoting a show on Instagram the other day and I was shocked at the amount of toxic comments that followed. The last time I was bullied for having a lisp was in primary school. For so long, I didn’t even remember I had one till I posted that video on Sunday. pic.twitter.com/XLSLcf7Kk5

We should individually and collectively endeavour to be inclusive. It is callous to, in popular terms, call out a person for something they do not entirely have control over in the name of “catching cruise.” The Yoruba actor, Murphy Afolabi has also had to retort to people who jape at his indigenous Oshogbo accent. To change this innate part of him would be to stamp down his identity.

We should not only emancipate ourselves from this age of neocolonialism but also accept that our nuances are what makes us unique. To demean a person because of the way they sound, in a manner so brash especially in social media spaces, is to subjugate their voices and to lower their esteem.

Sybil is a freelance writer and content creator from Bayelsa. While she isn’t studying, she curates a biweekly newsletter, the Soft Pallet Newsletter. Connect with her on Twitter and Instagram @toqueensaber.