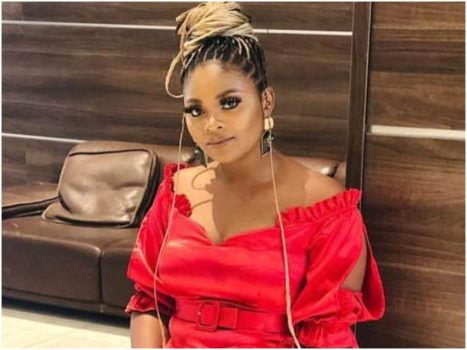 Big Brother Naija: In The End, We are All Tega

There is a theory, and I’m inclined to agree, that no housemates in the history of the Big Brother Naija show have been hated the way that (now-evicted) housemates Tega and Boma were. In the run-up to last Sunday’s live eviction show, people took to social media actively campaigning for their eviction, and the excitement that engulfed Nigerian cyberspace when they got booted out of the competition was fascinating to watch. So, what were their offences? What irked Nigerians so much that everyone put aside their differences to unite in (apparent) hatred for the two? Many people did not fancy Boma because he fancied himself as God’s gift to women, spoke condescendingly to some of the female housemates, and made disparaging remarks in relation to Angel’s mental health.

As for Tega, the reason is simple: she was caught in the act of adultery. At the start of the show, Tega had revealed that she was married. She was one of the only two married people out of the twenty-four housemates unveiled at the start of Big Brother Naija: Shine Your Eye. Thus, it was rather surprising when a few weeks into the current season, she started getting into compromising positions with fellow housemate Boma. There were speculations that they eventually had consensual sexual intercourse on at least one occasion. Nigerians appeared to be so repulsed by her flagrant disregard for her marriage that they decided to “punish” her by voting other housemates who had also been up for eviction, with the ultimate aim of putting her out of the running for the N90million grand prize. They succeeded. It is rather interesting how we are quickly transformed into saints when we see those who have erred; we are quick to hurl stones. But then it makes for curious inquiry: who are the secondary school teenagers that contribute money to pay WAEC examiners to look the other way while they engage in examination malpractice? Who are the mothers that extort students in government offices? Whose fathers molest young girls? Whose uncles dupe Nigerians? Whose friends defraud foreigners via the internet? Whose brothers are thugs, ritualists, and murderers? Whose?

If these reprobates are our brothers, sisters, uncles, fathers and sometimes even ourselves, then from where does our moral superiority come from? Who made us executioners?

It is easy to argue that perhaps we recognize our shortcomings and condemn them unequivocally, even if we occasionally indulge in them ourselves.  That line of thinking is conveniently lazy; it has us holding others to a higher standard than we hold ourselves. But more importantly, it reeks of hypocrisy, because if we recognize that an act is bad, and understand that someone else should be punished for it, then we should be willing to apply the same yardstick to our lives. But how many people will willingly serve prison terms for offences they commit? Certainly not many. We only understand the concept of extending grace and compassion when it concerns us and our kin. For instance, many Nigerians will condemn abortion till they learn that their sister or daughter fell pregnant. At that moment they remember that people can make mistakes, and redemption is truly possible for anyone.

Housemates kiss like it’s a sport, and simulated sexual acts are the rule rather than the exception. Fans of Big Brother Naija hail these things as “premium content”. What then is different in this case? When did Nigerians suddenly start making use of a collective moral compass? If the recent turn of events shows anything, it is that we are a people hung up on retribution. But that is hardly surprising. There is a reason churches that specialise in evoking fire and brimstones on (imaginary) enemies are so popular. In Nollywood movies, Nigerians look forward to the concluding act where a villain gets their just desserts; the punishment dished out by an unseen hand.  We are socialized into a certain sense of morality, and even when we break those moral codes, we still hang onto the belief that we are in the wrong and beat ourselves over it. So, seeing someone defying those moral codes without any sense of shame or self-deprecation can be quite triggering. This is why Nigerians chose to punish Tega: how dare she be brazenly immoral? We had a scapegoat, we wanted to make an example of her, and we relished bringing down the gavel in judgment.

In many ways, this virtual mob action and baying for blood calls for self-evaluation. The crux of this conversation is to get us to be reflective. When Christ (in the gospel according to Matthew) asked us to take off the log in our own eyes before taking out the speck in another’s, he wasn’t looking to judge or condemn. Rather, it was an admonition to be contemplative. Instead of rushing to judge and condemn and vilify, perhaps seeing another’s failings could lead us to introspection about our own failures too. The revulsion and anger we feel should be channeled inwards. It should push us to want to be better people. If we all became gatekeepers of our individual consciences, we would have no need and no time to try punishing others whereas we are not exactly blameless ourselves.