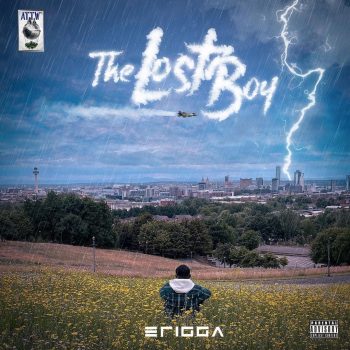 On The Lost Boy, Erigga sermonises about his grass-to-grace journey. The story is raw and undiluted. It’s a tribute to his past while he stays focused on his bright future…

Erigga, the Warri-born rapper and singer, has come a long way in the Nigerian music industry. With about one and a half decades of experience in the music industry, the self-proclaimed “paper boi” has seen it all. Yet, despite the fame, he still sticks to what he’s known for – his innate ability to connect the “street” to the outside world via his raw lyrical mixing, and wisdom-filled verses.

Years after gathering cult followership in Warri and its environs, the rapper moved to Lagos State in 2016. While moving, there was the insinuation that he would change when he gets to the nation’s commercial nerve. The reverse was the case as Erigga intensified his brand visibility with even more pristine songs. However, he slowed down on his vulgar lyrics.

These days, Erigga’s Twitter account is littered with wisecracking expressions which have been shared multiple times  across  social media platforms and blogs.

On the second day of September this year, he released his third album, The Lost Boy. It takes the baton from his highly-rated The Erigga II album. The message in this new body of work is still the same; the delivery and the overall themes are the only points of disparity.

Erigga starts the album on a positive note with “Inshallah,” a reflection on the past with an overt focus on the future. It’s a hip-hop production spiced with strings, synths, and a well-pronounced baseline. Singer, Ebi, complements his vain verses. In the chorus, Ebi projects optimism into his life. By the time the track recedes into the last sixty seconds, Erigga takes the listener through the album-making process, the pain and sweat which serves as the instruments towards its making. At the end of the spin, you know that he is about to take you on a beautiful ride.

When Erigga said, “If you like form Tonto, I no be Kpogiri,” on “Louis Vuitton,” it’s a nod to his maturity and his belief in not replying to every utterance. On this song, he takes the listener through his state of mind. Not even his disturbing friends would stop his shine, he seems to say. It’s self-asserting, and might come off as cocky to the listeners.

On a large chunk of The Lost Boy, Erigga wears the street preacher cassock. The exhortations are filled with personal and real-life stories. Although they are sometimes hilarious, the sincerity of purpose cannot be ignored. For example, a song like the horn- and baseline-pivoted “How Many Girls” is a quick sprint through his experience with the love of his life. Picture a street guy in love.

“Vawulence” is built on pop culture and social media trends. Erigga softly glides on a Trap beat to call the bluff of his enemies. It also dovetails into some sex talk and lewd one-liners.

Jay Teazer has been a regular collaborator with Erigga. He was on two tracks on his last extended play. He appears on three tracks on this album. The Highlife-centered track, “Broke Or Rich,” sees Erigga and Jay Teazer advising the listeners on keeping it real. This type of song brings the best out of Erigga; he always comes with the best line, and it always calls for sober reflection.

Oga Network is another finest complement to his verses. Reggae meets Highlife on “Family Ties.” This song is pedagogical and comical in the same breath. The bubbly hook is abridged by Erigga’s frothy two verses which are a nod to love, support, and honesty. Popular comedian, I Go Save’s audio cut ends the track.

“Perfect Timing” revolves around life phases. With a boisterous rap verse from Jeriq, Erigga goes down memory lane. He talks about his painful past, the lesson learned, and how he hopes to keep it moving.

PsychoYP-assisted “Lit” is a jangly tune.  It is both raucous and bopping. The production would make you move to the song even before the vocals come up. Erigga brags about his lifestyle. On his part, PsychoYP delivered a memoir-like verse. 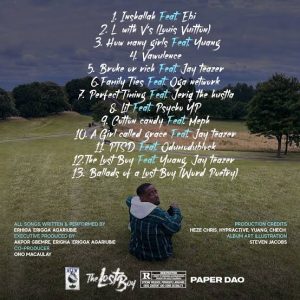 Men who avoid loving might be that way because they have not met the perfect match. If you are ever in doubt, you need to check out “Cotton Candy.” There, he lets his guard down and becomes a doting boyfriend who fills his verses with declarative lines.

“A Girl Called Grace” remains the lewdest track on this album. It’s a nod to an unfaithful girlfriend; the reason and the domino effect of the act.

Rave of the moment, Odumodublvck, features on “PTSD.” It is a  recollection of a murder encounter that Erigga witnessed while growing up. Despite his successes and wins, it’s glaring that he still suffers from past pains, and not even money can wash off the psychological distress he battles every day. He is, in a way, lost.

Eerie strings lead the way for Erigga on the penultimate track, “The Lost Boy,” a stark representation of ghetto life. He preaches about the mindset of his people; for instance, how they killed someone because of a fifty-dollar iTunes card  The song is drenched in excruciating pain and regret.

He ends the album with a long, free-flowing spoken word poetry in “Ballad of a Lost Boy.” He starts with the introduction, “my name na Erigga for those wey just enter my school of thought,” that later segues into talks about the Warri crisis of 1997-1999, and his battle with depression despite the fame. On this track, he rouses the listeners into taking decisive actions that would better their lives. 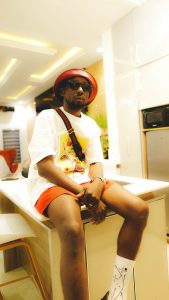 The Lost Boy is a dark, sad, and painful music excursion into his state of mind. It reveals the mindset of a young conqueror who might be battling with Post Traumatic Stress Disorder. If he can imply, from the content of this album, his battles with a medical issue like this, you tend to wonder how others who passed through the things he did would feel, especially those without the privileges of fame and money. But money, success and fame does not help the feeling of being lost, of floating in limbo.  On The Lost Boy, Erigga sermonises about his grass-to-grace journey. The story is raw and undiluted. It’s a tribute to his past while he stays focused on his bright future.