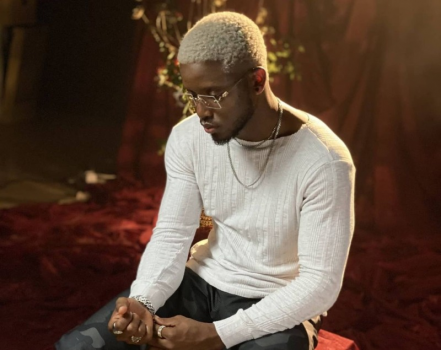 Chiké’s message on this song is very well-received. It is a motivational anthem for every dream chaser out there striving hard to fulfill their dreams, and accomplish their goals in life…

One of Cupid’s active ambassadors in the Nigerian music industry, Chiké, has been consistently restricting air-flows for the past few years with his orgasmic sound, serenading the ladies with beautifully written and composed lyrics, accompanied by a surgical delivery of harmonic vocals on the microphone. Chiké’s enchanting and melodious tunes have continued to warm the hearts of many, ranking him as one of the most desirable and bankable R&B/Pop artistes in Nigeria presently. His smash hit “Running to You” featuring Simi, was one of the biggest songs of 2021. It describes clearly the bond shared between two lovers, and the never-ending attachment that keeps drawing them back to each other.

Chiké is back in 2022 with a conscious ditty titled “Nwoke Oma” off his forthcoming album, The Brother’s Keeper. The song is produced by Dennis Yasso also known as “Dee Yasso,” and the video was directed by Pink for Pinkline productions. The emotive singer delves deep into uncharted territories with this song. He deviates completely from his usual love fantasies and fairy-tales, and rather sings about the realities of life, narrating how people only want to be identified with success, and avoid completely who/what they consider to be a “failure.” As Chiké reiterated several times on the chorus: “When you dey hustle you go dey on your own, when you succeed them go call you their own.” People love to be with or around you only when it’s beneficial to them. They stay away and keep their distance when it’s not.

The song, as well as the video, teaches an invaluable lesson. From the opening scene, a man is seen talking to a boy, presumably his son, giving him some words of advice. He then suddenly flashes back to his past, remembering his own life’s experience. He narrates the story of a kind and generous man who gave willingly to people during his days of affluence, until one fateful day, fire gutted down his entire business and rendered him penniless. The friends he showed empathy to in their own time of need didn’t return the favour in his own trying time. Instead, they all turned their backs on him. The visuals depict the inseparable bond shared between a father and son. They were both seen several times dancing and playing together. The boy who later grew up to become the young adult male character played by Chiké is later seen in a yellow cab holding some flowers presumably on his way to the cemetery to pay his last respects to his fictional dad.

Director Pink ushers in a new dawn on cinematography in music video, with this High-Definition visuals. Shot presumably on a Black Magic camera, the cinematographer teased the viewers a bit, with a glimpse of what the future of music videos could look like in the coming weeks or months. Giving the perfect opening to a scene I’ve seen in a long time for a music video. The vivacious 21-year-old video director delivers an amazing picturesque view of a cemetery with Chiké in it, holding a flower and paying tributes to his deceased. Lately, there has been a steady rise in the number of female directors/cinematographers making great strides in the Nigerian music industry, the likes of Dalias Dias and Pink, to mention a few. Considering the fact that the industry is heavily male-dominated, these ladies are holding it down, and are doing exceptionally well for themselves. 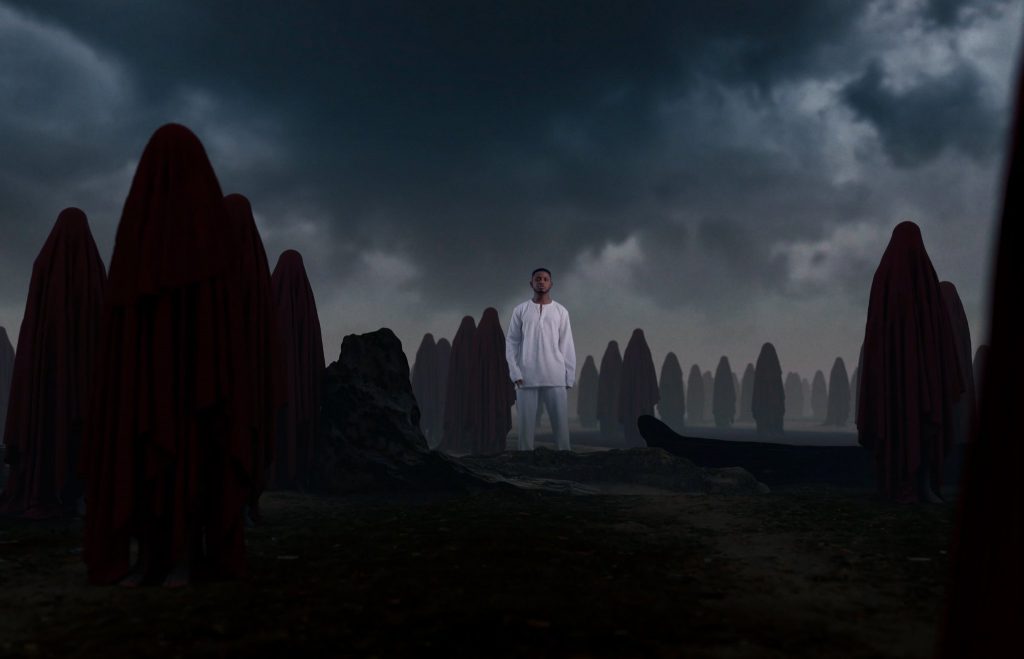 My favourite scene in the video was the re-enactment of Leonardo Davinci’s mural of Jesus and His twelve disciples, having the last supper, portrayed beautifully by Chiké and a few others. Personally, I thought that was an ingenious idea, and it was the perfect illustration of the message Chiké preaches on the song. After all, it was those who were closest to Jesus Christ that ended up denying and betraying him in his hour of need. The mise-en-scène in the entire visual was very pleasing to watch.

The cemetery scene where Chiké is seen leaving flowers for the deceased looked very real, and one could almost be forgiven for believing it was shot in an actual cemetery when, in fact, it was shot on a green screen. The green screen enables the editor to be able to place the subject into a customised background, be it in a motion picture or just still photographs. The green screen is not commonly used in music videos here in Nigeria. It may seem that Nigerian directors prefer exploring and filming at the actual location rather than relying on green screen editing effects. The advantage, however, of the green screen is that the subject can be placed in any background imaginable, without having to deal with the logistical headaches involved in filming in the real or actual location/background. Moreover, it could also be cost effective, depending on the vision or goal of the director. The editing work done in the video was so incredible that it would only take the eyes of a professional to be able to detect that some of these sets were not real.

A few panorama shots were taken. There was one where the cinematographer panned from right to left, introducing the “Nwoke Oma” international store that was later engulfed in fire. The other notable panning was done at the cemetery scene were Chiké is seen standing, dressed in an all-white regalia, surrounded by what could only be described as apparitions all covered in red veils. The cinematographer also panned from right to left depicting the number of subjects in that particular scene. There were also some dolly shots taken at the bar scenery where a group of people can be seen downing a few bottles of beer. The camera man with a steady cam dollies in to show the viewers those who were at the table drinking, which happened to be Chiké’s fictional father along with some friends. 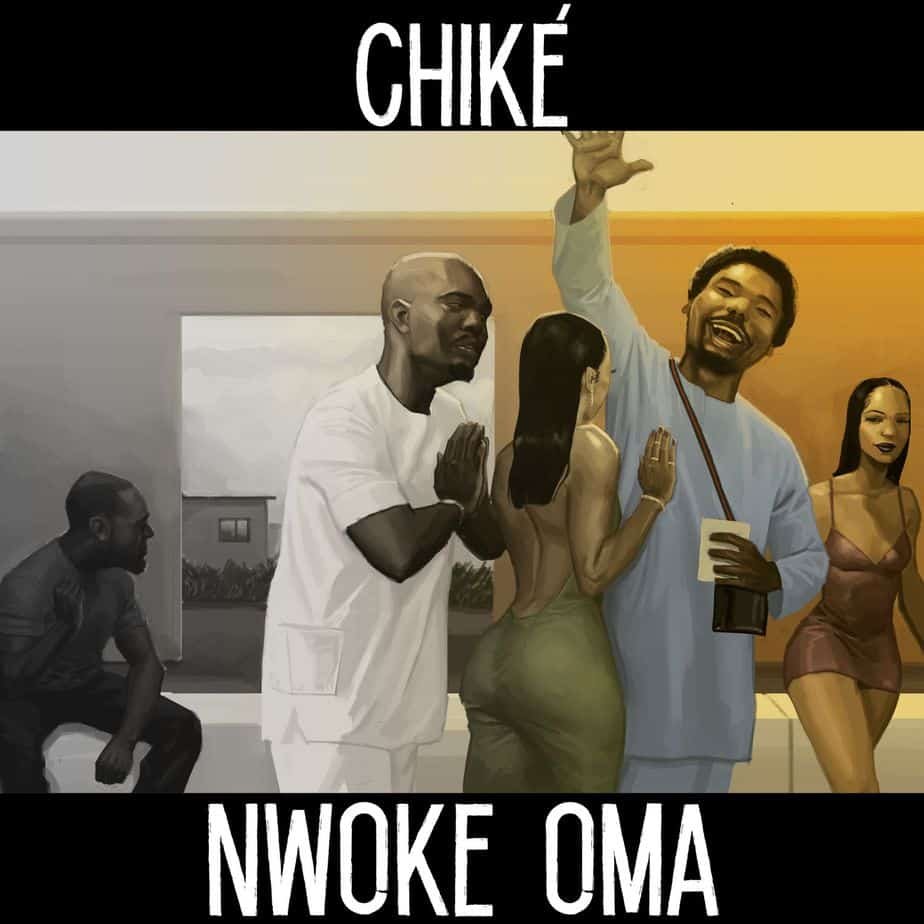 Society’s idea of success is completely warped. Today, the amount of respect a person gets is heavily dependent on that person’s financial capability or strength. The pressures of “making it” in life can be mentally exhausting, especially in a country like Nigeria where all the odds are overwhelmingly against one. Money equals superiority. The level of influence a person can have is mainly determined by how much money is in their possession. It is always very evident in the way people treat and address them, the tone of their voice, and how they patronize them unnecessarily sometimes. However, the exact opposite occurs when one is still striving to achieve one’s dreams. Nobody cares how hard one works or have been working, as long as it hasn’t materialised into financial evidence of some sort.

Chiké’s message on this song is very well-received. It is a motivational anthem for every dream chaser out there striving hard to fulfill their dreams, and accomplish their goals in life. That they can change whatever situation they find themselves in at the moment. It is a beacon to hold on and keep one’s head up knowing that everything you’ve ever wanted will come. The attention, the money and fame will come at their set time, and will eventually cause those who underrated one, mocked one and never supported one to gravitate towards one and want to identify with one, in the end.

The video is already a strong contender for “Video of the Year Award.” Director Pink continues to impress, and is showing tremendous improvement and growth. We need more visuals like this in order to correct and reposition the minds of the Nigerian youth, and also to change the narrative that money or financial status supersedes everything else.