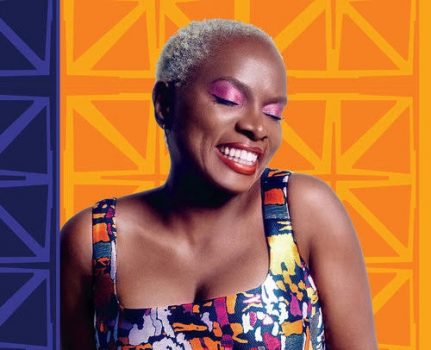 Angélique Kidjo is Resplendent in Visuals for “Do Yourself”

…the video was just average with not much to be excited about, other than the fact that it had these two amazing icons performing in it. It fell below expectations.

Of what use is the term Living Legend if it would not be used to describe the likes of Angélique Kidjo? With an illustrious career spanning over decades, one that many can only dream of, the “Wombo Lombo” crooner is considered one of Africa’s priciest jewels. Angélique Kidjo is one of the continent’s biggest musical exports. In 2021 she was included in Time Magazine’s list of 100 most influential people in the world. She has collaborated with a number of international superstars including the Late King of Pop, Michael Jackson. To name a few of her accolades, her song, “We Are One” also featured in Disney’s all time classic “Lion King.”

The multiple Grammy Award winner released this single titled “Do Yourself” off her Grammy-nominated album, Mother Nature. She labels this one an anthem for a new Africa, enlisting the service of 2021 Grammy Award Recipient for Best Global Album, Burna Boy. The track was produced by Rexxie, and the video was directed by Meji Alabi for JM Film Productions.

Shot in London and New York, the video shows Angélique Kidjo and Burna Boy performing the song from two separate locations. The “Balon d’or crooner” is seen performing in front of what appears to be an African store with several art paintings displayed around it, at the same time surrounded by a host of instrumentalists, dancers and backup singers. Angélique Kidjo is seen dancing rhythmically to the song and performing it from a different location as well along with some female choreographers. The French-Beninese singer who once said “she gets her energy from the audience” puts in yet another electrifying and energetic performance in this music video. Despite not being together in the same vicinity in the music video, the chemistry between these two artistes was still very evident.

The importance of having a good visual representation for a song cannot be overemphasised. The video plays a significant role in how the artiste is perceived by the viewer. It shapes and forms a lasting impression in the minds of the viewers. Therefore, the visuals of a song can either make or mar it.

Successful artistes like Psquare, Davido and Tanzania’s Diamond Platinumz have all benefited immensely from shooting great music videos to go along with their audios. Angélique Kidjo is also in that league. The “Agolo” crooner is famous for her African-themed and inspired videos. Retaining her originality, she uses her videos as a medium for showcasing Africa’s rich and diverse culture.

Meji Alabi delivers a couple of mouth watering shots in this video. From wide angle shots to Panoramic shots and some sublime dolly zoom shots. The panoramic shot otherwise known as Panorama or Panning is a camera technique that entails moving the camera horizontally from left to right and back, capturing the subject on a wider scale, and at the same time maintaining focus on them. This technique was used at the opening scene as the cinematographer panned from left to right revealing to the viewers Burna Boy’s location which was Outsiders Café Afrique Store.

Despite some of the positives, there were also some poor decisions made by the “Somebody’s Son” video director. He failed to maximise Kidjo’s presence in the video on a number of occasions. She was just seen dancing and miming in front of a background covered with wall paper, for the larger part of the video. This soon becomes boring to watch.

When compared to some of her previous music videos that would normally have the singer basking in all her glory and essence, with multiple exciting scenes to watch and grab the attention of the viewers, this particular video falls short.

There were loads of repetitive and unnecessary shots taken, energy that could have been focused and directed towards portraying the African Queen in a more royal and distinguished manner as we have come to know her for years.
The highlight of the video for me was watching the beautiful choreographers dancing, in between scenes, and of course watching the delectable 61-year-old diva dressed in colorful African regalia.

In all, the video was just average with not much to be excited about, other than the fact that it had these two amazing icons performing in it. It fell below expectations. The director should definitely have done more with the abundance of talents that were available at his disposal.

Omowale Michael Bokinni is a trained Cinematographer and Screenwriter. He is an Alumnus of the prestigious Royal Arts Academy Lagos. Passionate about all things music, movies and entertainment in general. He is also an actor who has featured in a number of Nollywood movies. Most recent; the Royal Arts blockbuster Bitter Pill. Instagram@omowalebokinni. Twitter @bokinnio