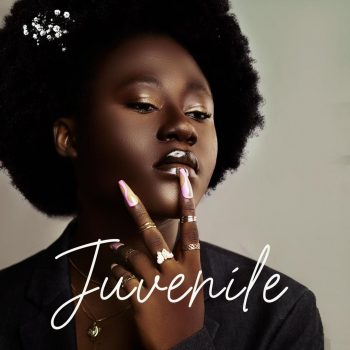 “Juvenile” is a five-track body of work.

Maiduguri native Pop singer-songwriter, Aisé Maryah, releases her debut EP, “Juvenile” after an amazing year run in the industry with her melodies transiting from her home in North-Eastern Nigeria to many other cities.

“Juvenile” is a five track body of work with pop-centric rhythms chronicling the naïve and adolescent state of the young singer as she experiences the feeling of being a young talented African woman fighting temptations that comes with puberty.

Experimenting on new sounds/genres of music and collaborating with amazing emerging music producers namely ShamBee Puzzle, Drizzle, Peemagik, Shine Puzzle, Ill Jackz and few songwriters from Bauchi State & Jos City, “Juvenile the EP” positions  the Nigerian singer, as a fast-rising artiste from the region with a refreshing and expansive soundscape.

In her year run in the industry, Maryah has garnered a following while nurturing her fanbase. Her music has been exposed to a wider audience via sync placements with The Naked Convo (TNC), an African TV/movie production company. TNC Africa has featured her first official “Fool for U” in two of its YouTube web series: Our Best Friend’s Wedding (Season 2 Episode 1) and Little Black Box (Season 2 Episode 7).

Born Sandra Samson Muna on August 31, 2003, Maryah is emerging with a Pop sound that’s appealing to make her global. Her debut EP, “Juvenile” is out now and streaming on digital music stores.