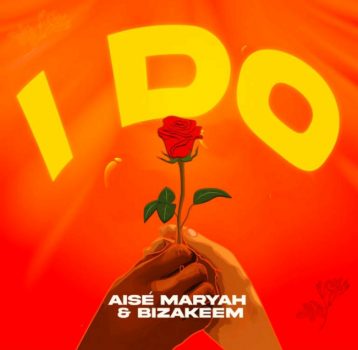 Aise Maryah, Maiduguri’s Minstrel, Switches Up With I Do

After the likes of 2Baba, MI Abaga, Jeremiah Gyang, Bez, Jesse Jagz, E Kelly, commercially-appealing music from the Nigerian North has been nothing but a ghost in the winds. Now, with an audacious team, Aise Maryah is daring the odds…

When Aise Maryah emerged into Nigeria’s expansive music scene, last year, with the soulful bop dubbed, “Fool For U,” she redefined public perception about her hometown Maiduguri, Nigeria’s terrorism capital. With her emotive singing, as well as poetic lyricism, she began to steal hearts away as the latest and most enigmatic minstrel out of the Northeastern Nigeria. Now, with her third single dubbed, I Do, produced by Bauchi-based ShamBee Puzzle, the soulful chanteuse spins a new wave that projects her right into the heart of the mainstream music audience.

Born Sandra Samson, Maryah has always had her heart cut out for the Nigerian music scene. After just completing her secondary education, the 20-year-old singer began to make melodies and upload them onto her Instagram feed, garnering a cult-following of music lovers, who obviously were stunned by the reality that she was thriving as an artiste in such a restive habitat. But with every melody, Maryah proves that she is no different from the singers who grew up in calmer climes, pushing her discography with clear-eyed diversity, groove and passion.

With “I Do,” Maryah goes on another love adventure, with her fellow J-town (Jos) artiste, Bizakeem, who laces up the rhythm with an optimistic Afro-pop verse. She delves deeper into her lover girl persona, professing her unflinching fidelity to her lover, as she says “I’d do anything for you,” throughout the chorus. The single soars for its simplicity, and soothing melodies.

As Aise Maryah continues her run, her distinct vocals make her appeal as a Nigerian version of Ariana Grande, with a ting of Koffee, and a rough cut of Tems. She carries a certain energy that radiates with burst of charisma, adventure and grit. On “I Do,” there is no dull moment, and Maryah makes a fine attempt at establishing herself as a vivacious voice in the new wave of contemporary female singers across West Africa.

However, caution is key for the singer to not ignore the importance of sound experimentation, as any quest to constantly mirror the mainstream Afro-RnB melody might just push her off course. Nonetheless, with a voice like Aise’s, there is no limit to what she can achieve.

After the likes of 2Baba, MI Abaga, Jeremiah Gyang, Bez, Jesse Jagz, E Kelly, commercially-appealing music from the Nigerian North has been nothing but a ghost in the winds. Now, with an audacious team, Aise Maryah is daring the odds, pushing a renaissance of music mavericks from the Northern axis of the country. Like her song suggests, Aise Maryah proves that this is something that can be done.

Chinonso Ihekire is a multimedia creative, with expertise in writing, photography and filmmaking. His works have been featured on several pan-African publications, including Pan-African Music, Wakonte, More Branches, Afrocritik, Guardian Life, among others. He believes in the power of art to positively influence behaviour, and by extension, society. When he isn’t busy being a music nerd, he enjoys watching movies, organising events, and writing poetry. You can connect with him via social media. Instagram- @chinonsotherevolutionary